Allseas "left", the pipes remained: who can finish the "Nord Stream-2" in conditions of sanctions 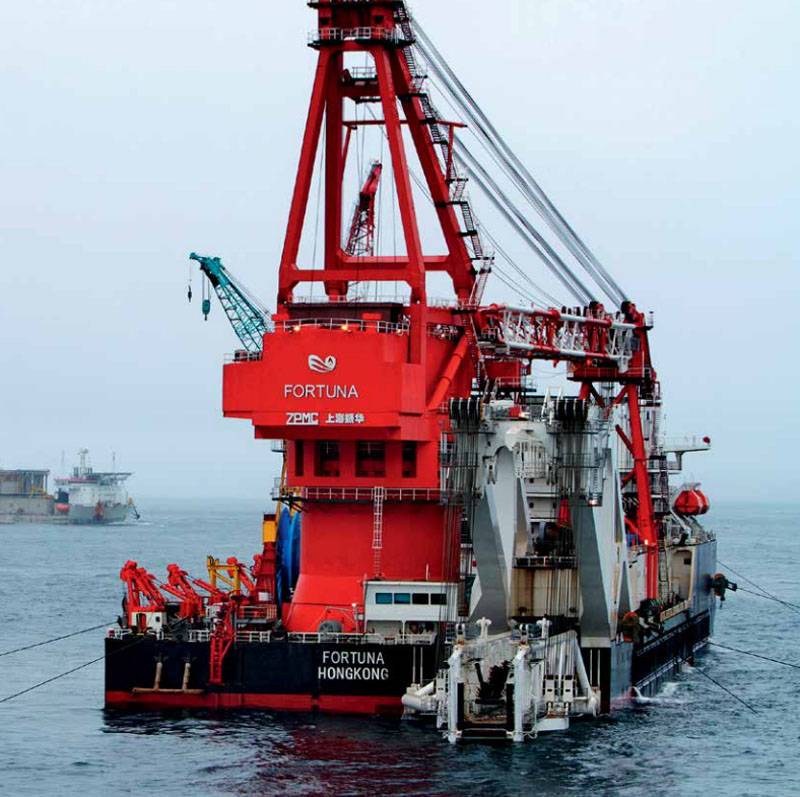 Today, a spokesman for the Russian President Dmitry Peskov commented on the sanctions imposed by the American authorities against Nord Stream-2. Recall that the pipe-laying ships of the Swiss company Allseas left the Baltic Sea after the head of the company received an amazingly tactless letter from American senators. The senators rudely demanded that the head of Allseas “immediately stop the construction of the pipeline” so as not to run into the sizzling American sanctions. As a result, the contractor of the “sizzling sanctions” in the Baltic was frightened and left home without completing the construction.

Sharp languages ​​on this occasion are already ironic: “We will not leave American sanctions unanswered - we will supply the United States with even more rocket engines, provide even more seats on the Soyuz to American astronauts and give an even greater discount on gas to the Kiev regime.”

In fact, not to the point of irony. Who will replace the Swiss Allseas at the final stage of construction of the SP-2? Is there any possibility of such a replacement at all?

So, at the moment, three vessels of the Swiss contractor have been withdrawn from the underwater pipeline construction area at once: Audacia, Pioneering Spirit and Solitaire. In this case, it remains to lay about 125 km of pipe.

Meanwhile, the media reported that the problem is not insoluble. Instead of the Swiss company’s ships, the Fortuna pipe layer (TUB), which was built about 9 years ago at a shipyard in Shanghai, will be involved in the business. At the moment, Fortuna is located in Germany - in the port, where pipes are unloaded for SP-2. Hong Kong is the home port for Fortuna, and it is the main pipelayer of the Mezhregiontruboprovodstroy (MRTS), which has already been involved in the work on SP-2. Maximum draft - 9 m, gross tonnage - 40 thousand tons.

But for “Fortune” there is a certain problem. It is connected with the Danish environmental safety requirements, under which the pipe-laying barge allegedly “does not fully fit”. In addition, this pipe barge is able to work about three times slower than the Swiss Pioneering Spirit - to lay no more than 1,5 km of pipe per day.

That is, the implementation of the project is delayed in time, but all this happens against the background of the signed preliminary agreement on pumping gas through Ukraine. Recall that in 2020 pumping volumes were registered at the level of 65 billion cubic meters, which is more than the design capacity of SP-2. Thus, the supply of Russian gas to Europe remains at the same level, which somewhat reduces the effect of American sanctions. For Ukraine, of course, it’s overpowering, for the USA there is a certain delay in the inevitable: the SP-2 gas pipeline will be completed in any case. For Russia, a way out of the situation in difficult conditions: it’s the same as getting a bunch of sewage in a boot, but at the same time, you can continue to move, and after that - still change your shoes ...

Ctrl Enter
Noticed oshЫbku Highlight text and press. Ctrl + Enter
We are
Reports from the militia of New Russia for 27-28 September 2014 of the yearThe big press conference of Vladimir Putin
Military Reviewin Yandex News
Military Reviewin Google News
362 comments
Information
Dear reader, to leave comments on the publication, you must to register.