"RACCOON.". PMC, which is actually ROO 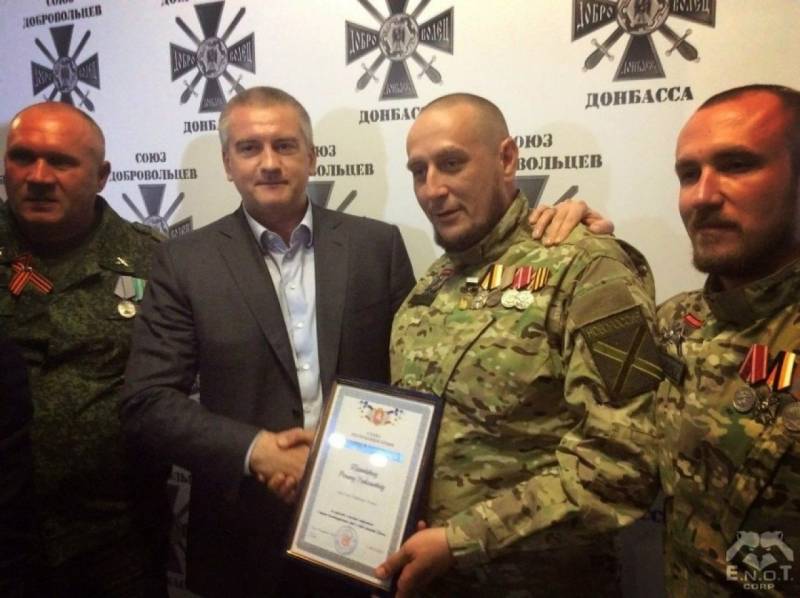 It is very difficult to write about the case, which is widely discussed in the network and the opposition press, but really is still at the investigation level. For obvious reasons, much of what is known to the investigation is unknown to a wide circle of inhabitants.


Which gives rise to many versions, many opinions and conclusions. Recently, a version appeared in the press that the FSB and the GRU were involved in the crime. Interested parties give interviews to various media. The ordinary case of the boundary between the two plots of households in the resort village of Lermontovo turned into a legal block.

This is a rather serious crime, in which members of the officially registered regional public organization for the promotion and protection of military-patriotic education of youth "United People's Communities", registered in Moscow in 2016 and operating in the territory of the Krasnodar Territory, are involved.

The emergence of such organizations in various regions of Russia is due to the fact that at the local level there is a huge shortage of military-patriotic organizations for young people. And at the same time, the country has a lot of participants in various military conflicts who are happy to share their own experience.

Organizations have a different focus. From reenactors to military sports or search squads. And, in principle, supported by local authorities, as they do not require special financial costs. At the local level, this is an important factor. The budgets of cities and towns are scanty.

But back to "ENOT". Roman Telenkevich is the Chairman of the ROO Board The organization does not conduct financial activities. The charter of the organization is quite "peaceful": "ROO" E.N.O.T. " created to promote the military-patriotic education of youth, including by organizing the study and preservation historical materials, maintenance and development of high spiritual and moral traditions, which are an integral part of civil society ... "and so on.

Why are raccoons born

We often talk about war veteran syndrome. We know more about it as the Afghan syndrome. Those who participated in the hostilities are changing quite a lot. Doctors call this condition post-traumatic stress disorder (PTSD) and believe that it is impossible to recover from this. Veterans of any war for the rest of their lives consider themselves primarily war veterans.

“Raccoons” were precisely the participants in the fighting of various wars. Some participated in the operation in Syria, some, as the chairman of the board of Telenkevich, in the "Crimean spring", some were volunteers in the Donbass.

About Donbass. For obvious reasons, Ukrainian sources dig the earth with their noses in order to prove the participation of the "raccoons" in the war on the side of the Republicans. However, in addition to a few photos with fighters of the republics and a couple of photos with machine guns, and obviously far from the line of contact, they did not find anything. But it was from the Ukrainian side, with the support of our foreign opposition, that the new name of ROO - PMC appeared. By the way, raccoons "weapons" found in the garage of one of the members of society appear in the case. These are mounts, crowbars, shovels and other working tools. Strange private owners, aren't they?

So where did the cause come from, which today, through the efforts of our oppositionists, is gaining new details? I have not in vain mentioned PTSD. One of the manifestations of this syndrome is the same front-line friendship that ties front-line soldiers for many years. It connects precisely the memory of stress, of the war. Moreover, it does not matter in which war a person participated. Remember the question from Soviet cinema: "On which front did you fight?" The last word is important - fought.

How did the criminal case appear in which the members of the ROO appear?

In order to understand the essence of the matter, we must return to the beginning. And there everything is so trite that everything further becomes a kind of cartoon. Caricature. At least it causes a skeptical smile.

So, a few years ago, the famous Russian pathologist Academician Mikhail Paltsev decided to build a house for himself in the village of Lermontovo, Tuapse district, Krasnodar Territory. Naturally, the academician hired a local specialist, Tuapse resident Peter Suponev. So far, everything is quite logical. Moreover, Suponev also built a house on a neighboring site and was at this construction site almost constantly.

Then the detective begins. In 2018, the academician decided to sell the house. And then it turned out that the neighbor, he was construction superintendent Petr Suponev, to put it mildly, illegally stole a decent piece of land from the Paltsev family, 300 rubles. Just arbitrarily moved the border areas.

The academician tried to inform the arrogant neighbor. Do everything according to the law. Several times called cadastral engineers and realtors to clarify the border according to the documents. The neighbor acted simply: he didn’t let anyone into his area. Ultimately, his adviser Andrey Molokoedov decided to help the academician. Moreover, just at that time, it was Molokoedov who “punched” the construction of a medical center in the Krasnodar Territory.

But Molokoedov is a fighter like his boss. The maximum that was enough for him was a story about the situation of a journalist of one of the federal channels. And then a new twist. It turned out that the journalist personally knows the leader of the "raccoons" Roman Telenkevich. Moreover, she organized a meeting of these people. Telenkevich promised to talk with a neighbor.

Here I refer to the words of attorney Robert Zinoviev, which were published in his interview with the newspaper Kommersant:
“It was about negotiations exclusively in the legal field. "Andrei Molokoedov only sought to stop Suponev from scandalizing and repairing the family of academician Paltsev with obstacles in using the site."

Strange appearance of a criminal community led by a strange leader

So, the “power component” of the conflict comes into play. I will not draw conclusions. Just the facts that have already been voiced in various sources.

August 2018 Petr Suponev in his own garage. Two people from the "raccoons" come there: Denis Karaban and Vasily Munchik. I cannot accurately describe the conversation of these people. The only thing that is known reliably was a conversation. There was no slaughter on both sides. Naturally, the conversation was about the captured area.

Then it started. Suponev wrote a statement to the police. Karaban and Munchik were detained for extortion. In February of this year, Molokoedov was also detained. Initially, under the same article, but soon the case was reclassified to a more serious one. Molokoedov was arrested. By the way, this person’s involvement in the crime has not been proven, according to the same lawyer.

Today, Andrei Molokoedov is no more no less than the head of a criminal community! At least, it is this article that the investigation is accusing him of today. Article 210, part 1 of the Criminal Code of the Russian Federation “Management of the criminal community”! Today, it was this person who led the criminal group consisting of members of the NGO “E.N.O.T.”

I wonder how war veterans, some even awarded for participating in military operations, fell into submission to this person?

There are many oddities in this matter. Again I refer to Kommersant, which published an excerpt from the materials of the criminal case:
“The actual goal of this organization was to mask the planned criminal activities related to the provision of services related to the search for persons, surveillance, targeting, intimidation, theft of property, attacks and other illegal actions.”

The investigation will figure it out ...

It is impossible to talk about the guilt or innocence of the suspects before the end of the case and sentencing by the court. Justify the actions of E.N.O.T. employees? Alas, we remember the 90s - the beginning of the 2000s, when there were many of these same criminal communities. And often the leading roles in them were played precisely by the participants in the hostilities.

But why, as some media, bloggers and other “system fighters” do, to associate criminal offenses with some structures? Indeed, even in this case there was a “hand of the FSB”. The majors Alexander Mrishchuk and Anton Baryakshev were detained in Moscow by officers of the CSS of the central apparatus of the FSB and transported to the Krasnodar Territory.

How did it end? The Southern District Military Court (UOVS) released the majors 18 days after the arrest. Why? Well, judges would have clung to procedural violations of the law, such as an improper arrest. The judges doubted the event of the crime itself!

Why is the ordinary business so interested in the opposition?

So why is so much attention paid today to this very thing? It would seem, what’s the matter, for example, to Kasparov and his “fighters with the system” to the ordinary case of blackmail, to some kind of criminal group in the Krasnodar Territory? What's the deal with Rain before that? This is not a dispersal of young “revolutionaries” or a conference of fighters in some Baltic capital.

No, this is important. It is for this category of our fellow citizens that is important. It is on youth that all these oppositionists are betting. On youth radicalism. On the search for the young meaning of life. The desire to break "everything that is wrong." And here are the veterans. With their authority and ability to resist and defend their own views. Veterans who are not afraid of the crowd.

There is a struggle for youth. In this fight, all means are good. But we must fight not only honestly, but also with clean hands. One wrong step, and the trust of boys and girls will be lost. One criminal in the “sea” of normal veterans acts just like a fly in the ointment on a barrel of honey.