Soviet newspapers on the final stage of the Soviet-Finnish war 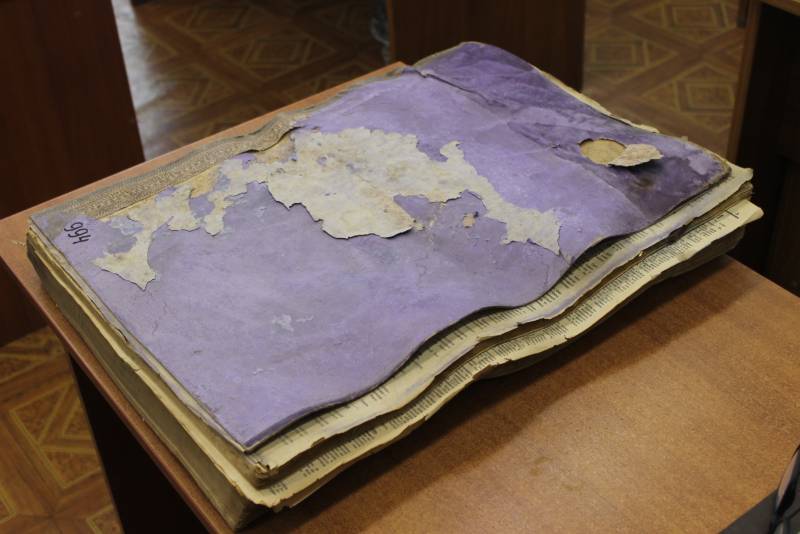 Appearance of a file with the numbers of the newspaper Pravda for 1940. Alas, more and more often you come across the fact that old paper materials become worthless

"Swear and give false testimony, but do not divulge secrets."
One of the commandments of the Albigenses

History in documents. Материал “Pravda newspaper about the Soviet-Finnish war of 1939-1940” we ended up with an excerpt from the newspaper Pravda, which wrote: “Belofinns,” writes the Swedish newspaper “Nu Dag” ... ”Once again, we note that the biggest enemies of the USSR inside the country were his own journalists, who officially worked for wages. But it is, for a warm-up. And then we will talk about the fact that the Pravda newspaper of 1939, even outwardly, for some reason, was very different from the 1940 newspaper. Yes, the glories to Comrade Stalin have been preserved, but there have been fewer of them. There are only one large portraits of him, next to Lenin and the one in the schedule, but there are many photographs of Marshal Tymoshenko. There are also much less photographic materials than in 1939, even less than in our Penza newspaper Stalin's Banner. The cartoons disappeared, although many drawn maps appeared with the course of hostilities on the Western Front. There were more articles on the military topic, but the word "pest" from the pages completely disappeared. Either they were all caught, or those that remained, thought better of it and stopped harming. 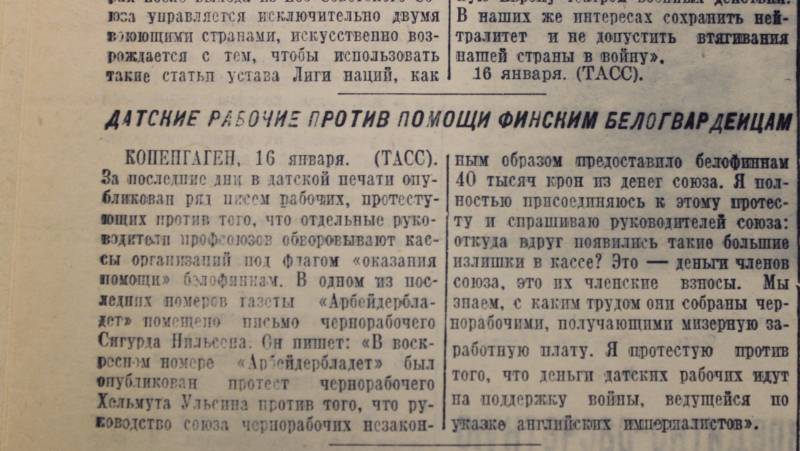 Both Pravda and the Stalin's Banner regularly published materials that workers from various Scandinavian countries did not want to help ... the “Finnish White Guards”. It would be very interesting to pick up the newspapers mentioned here and check. But ... personally, I don’t have such an opportunity. And here's what is interesting, how did the Danish worker find out that the war is being fought at the direction of the British imperialists? Unfortunately, in the Penza State Archive, the numbers of the Pravda newspaper for 1940 have only been preserved since April, and then in very poor condition. But fortunately, then the regional newspapers reprinted all the main word for word news from Pravda, so that the reports from the front and the main materials on the conflict between the USSR and Finland are identical to the "Pravdist" materials 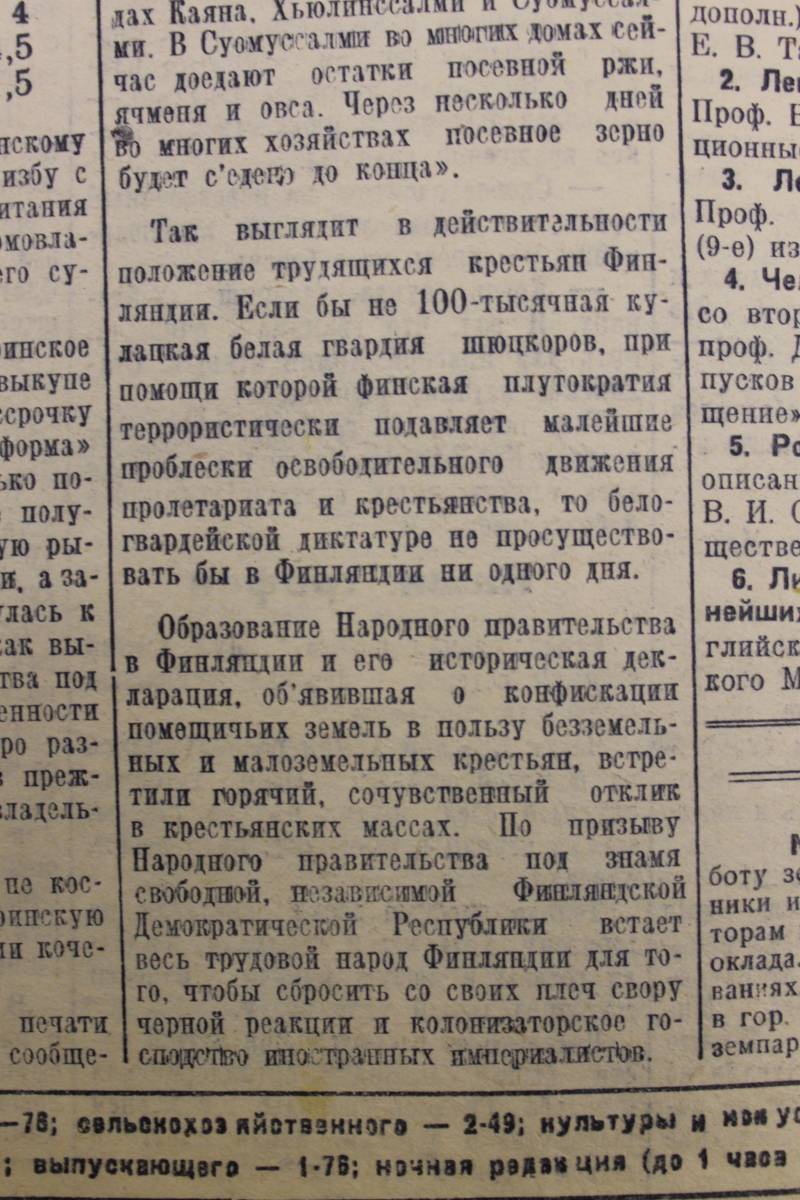 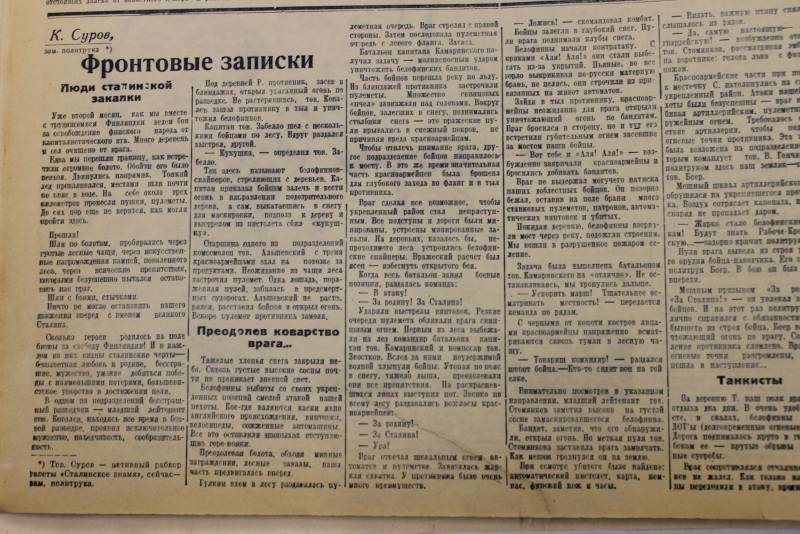 Interestingly, in the Penza newspaper "Stalin's banner" at this time such "live" materials began to appear. But there was nothing of the kind in Pravda, but people probably wanted stories about the exploits and glorious victories of the soldiers and commanders of the Red Army 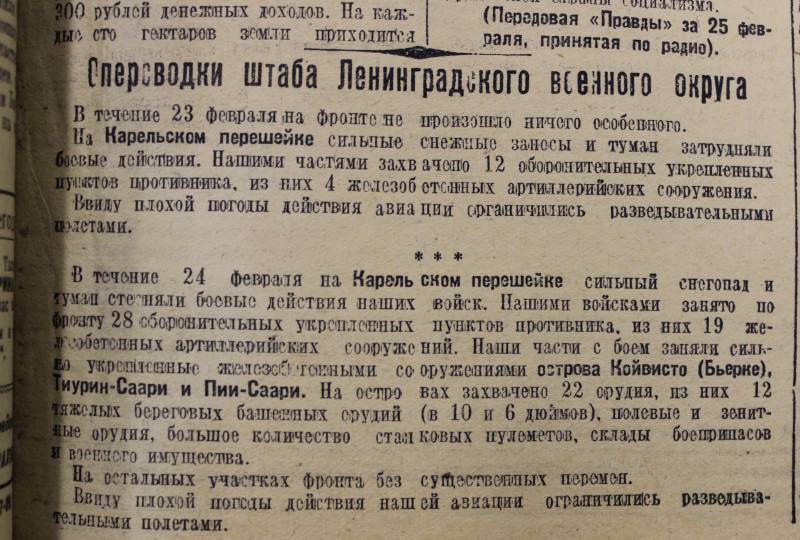 Communications from the front were usually rather mean. 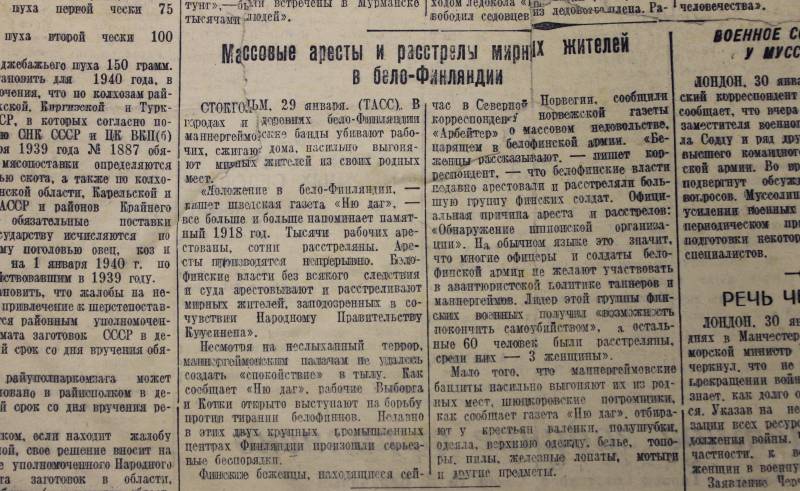 Much detail was given to the atrocities of the Belofin authorities against their own citizens. 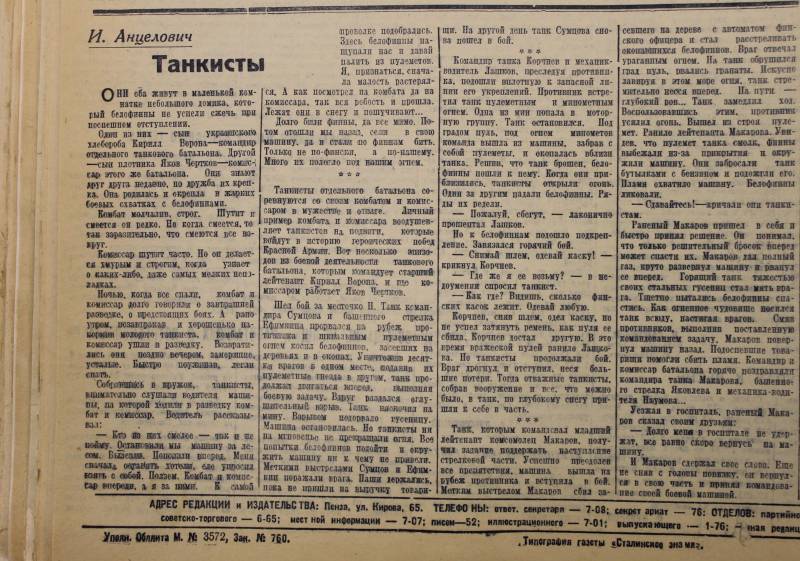 Another lively tale of hostilities against Finland 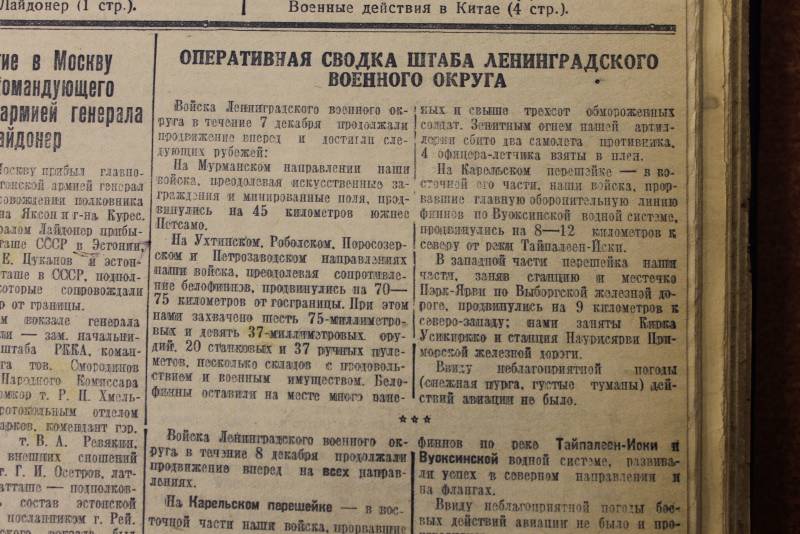 There has been a clear success! 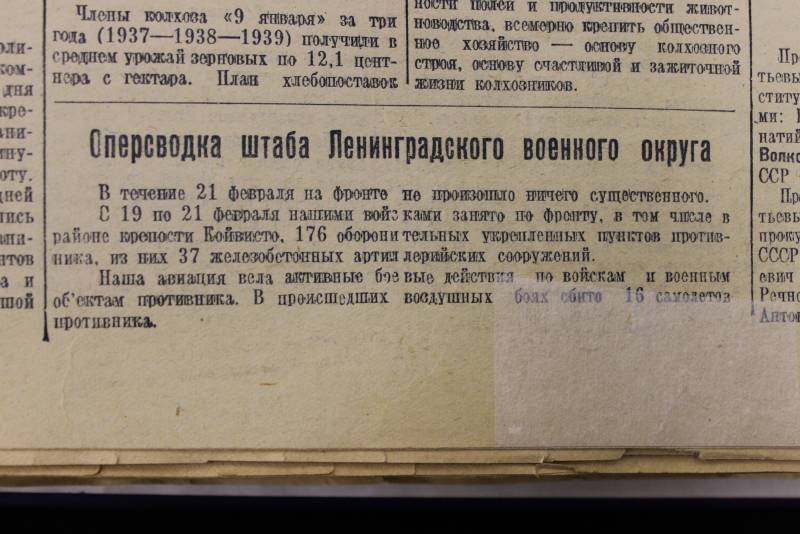 On this summary, the most revealing is the corner on the right. Archive workers glued hundreds of sheets of old newspapers with neatly transparent paper, so it was possible to work with them. But digitizing all the local newspapers today is simply impossible

The war was drawing to a close 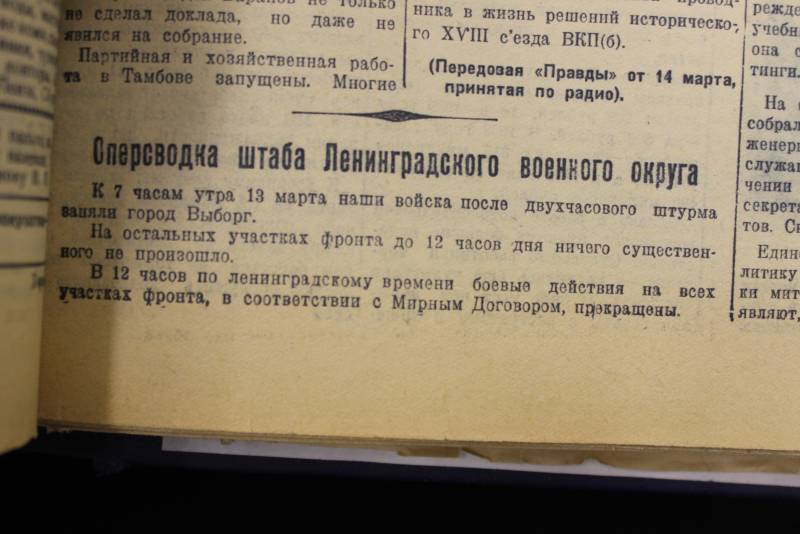 And now our troops took Vyborg! 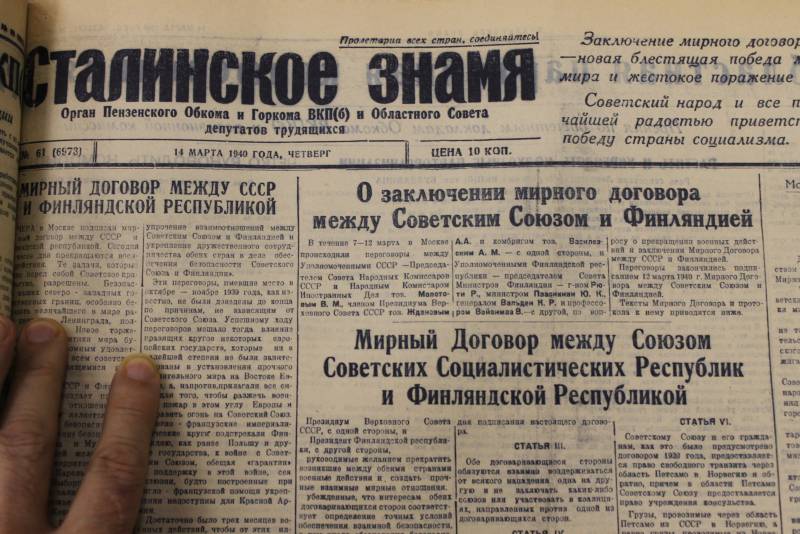 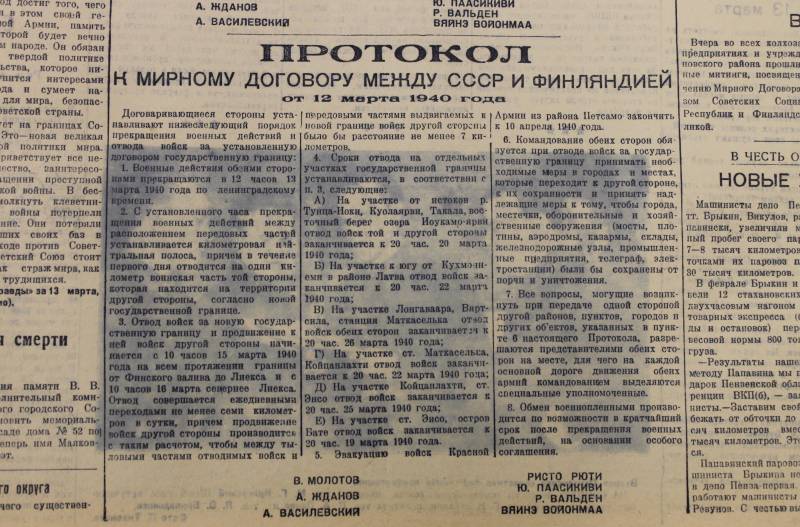 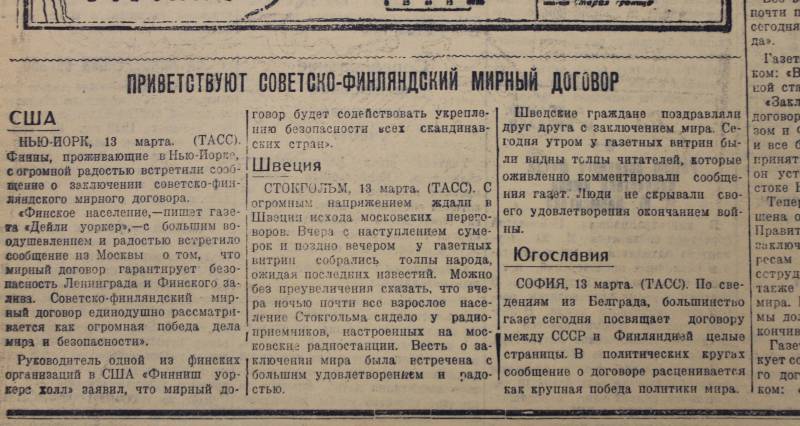 And then all the inhabitants of various countries began to joyfully express their satisfaction with the end of the war. And many Swedes never left the radios tuned to the Moscow wave. 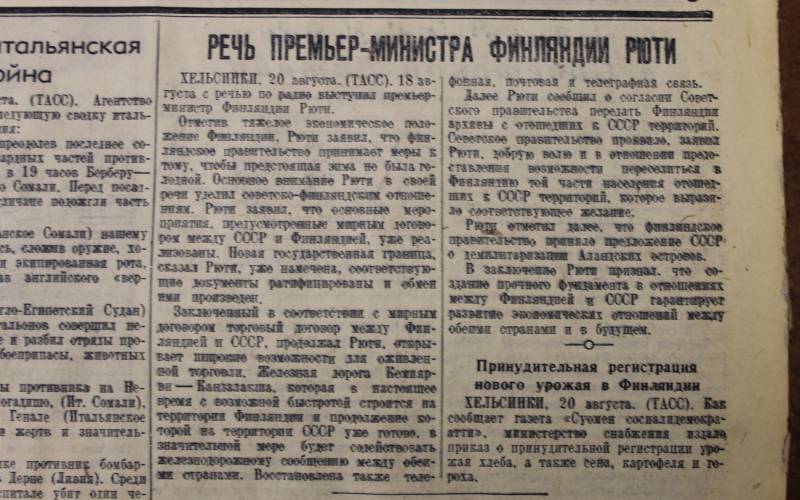 A constructive dialogue has begun! 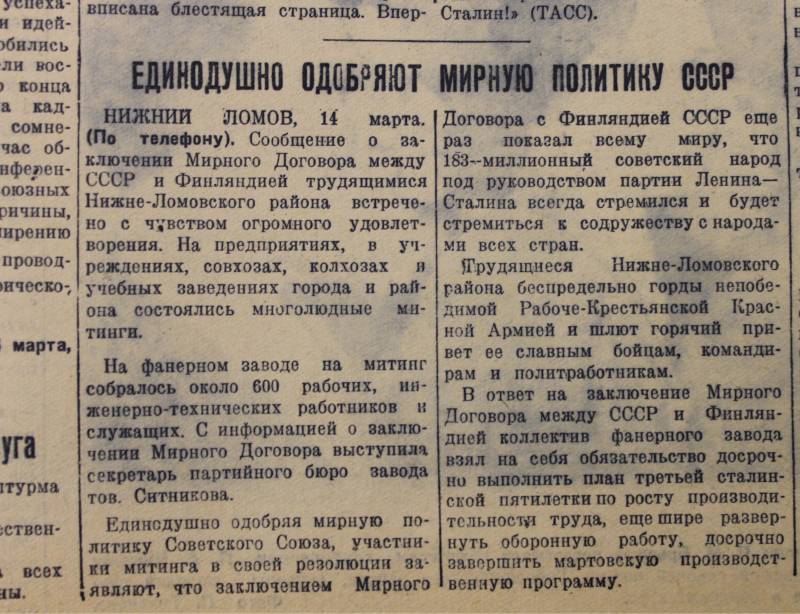 Well, of course, without the workers of the plywood factory from Nizhny Lomov, the same thing could not have done. Here is their approval of the policies of the Lenin-Stalin party and the obligation to fulfill the plan ahead of schedule. “I will work even harder!” Said the Boxer and arranged with the Rooster to wake him up an hour earlier (J. Orwell. Animal Farm) 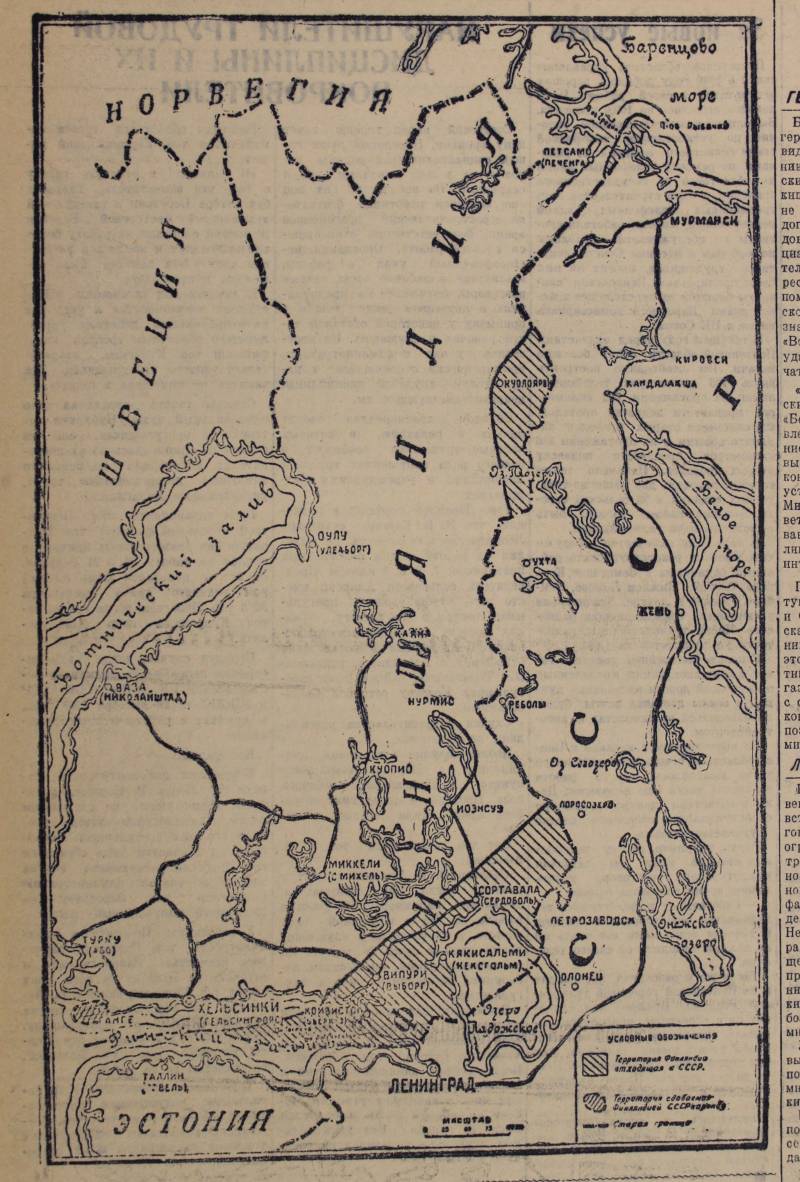 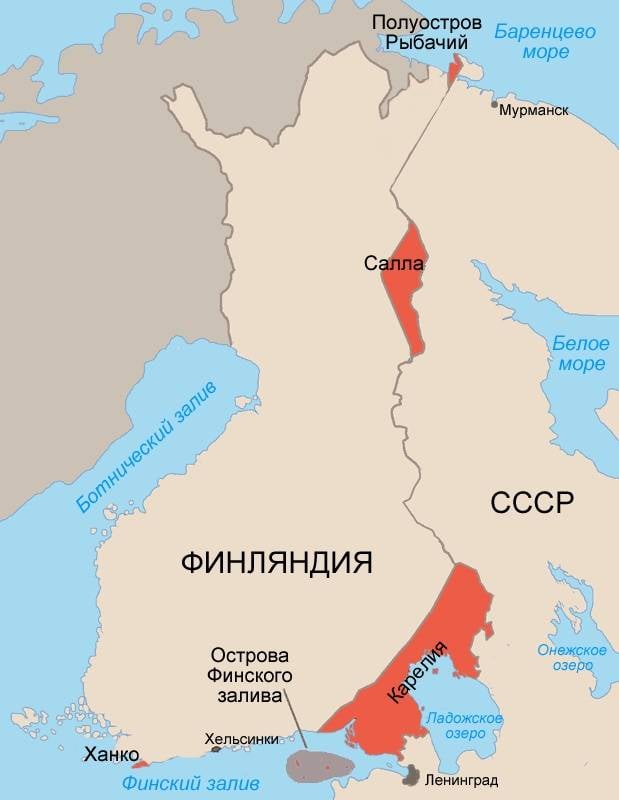 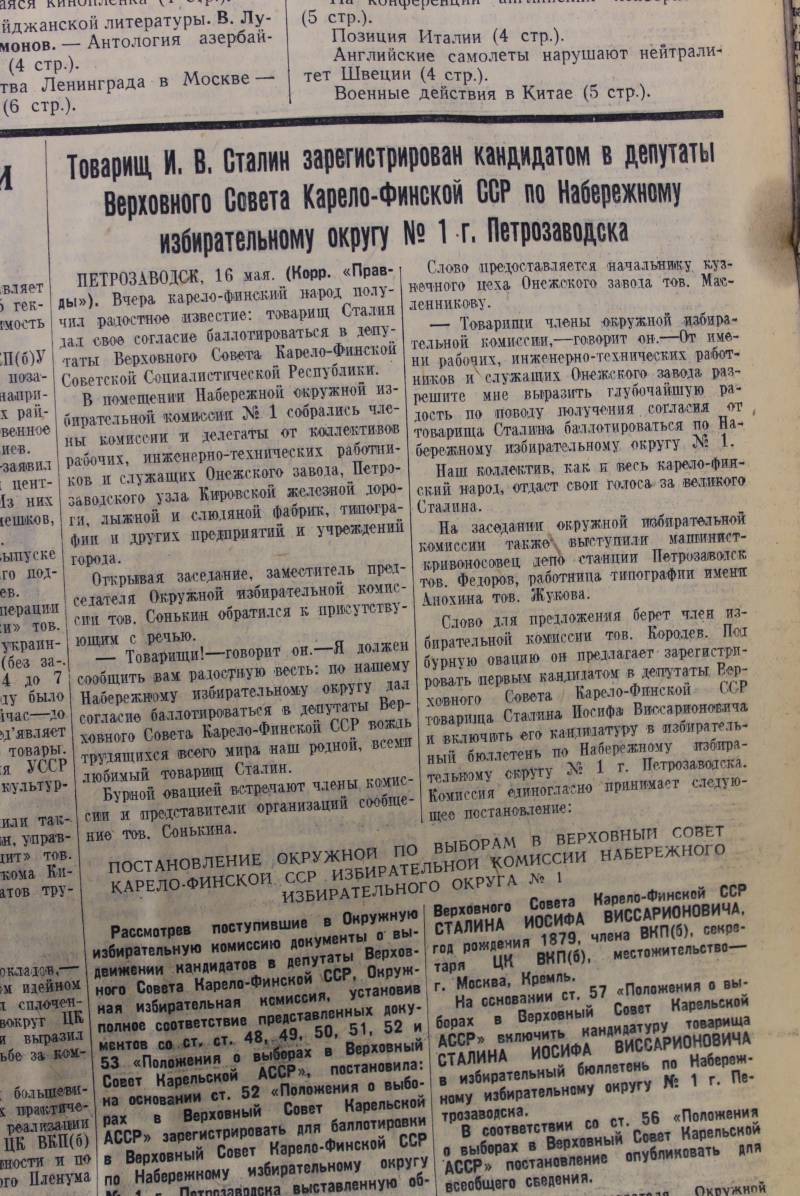 Nomination of candidates has begun in the Karelian-Finnish SSR ... 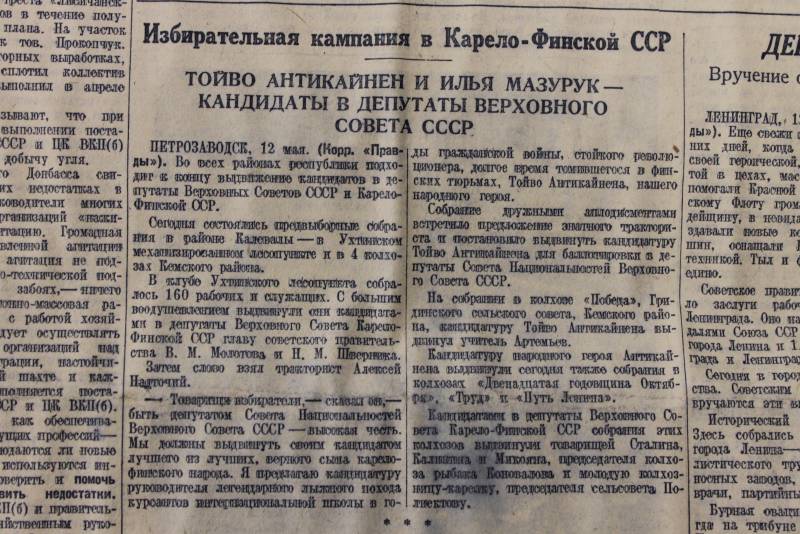 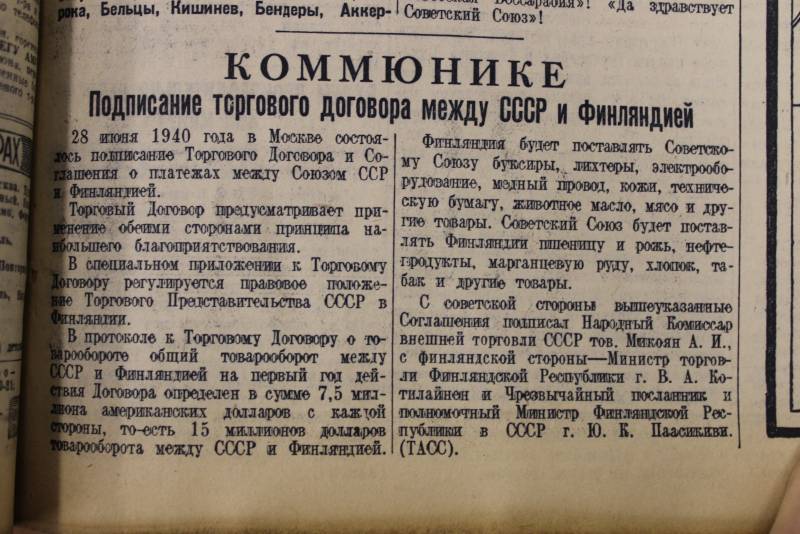 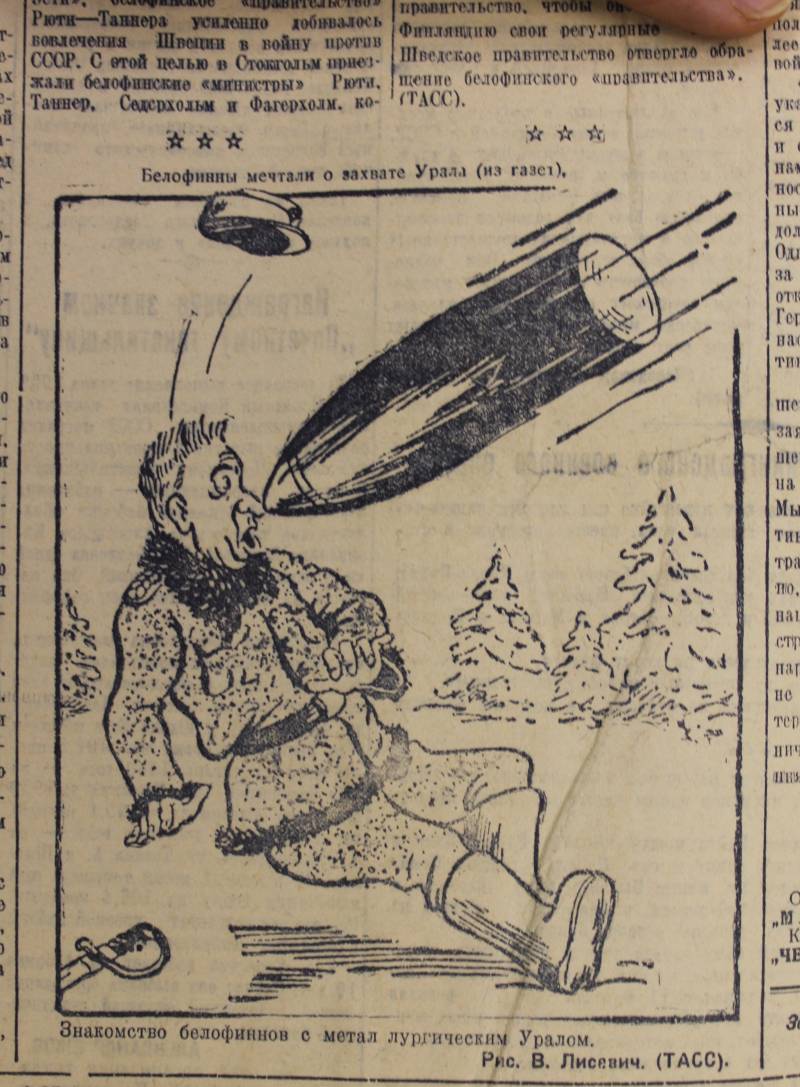 Caricature in the "Stalin Banner" 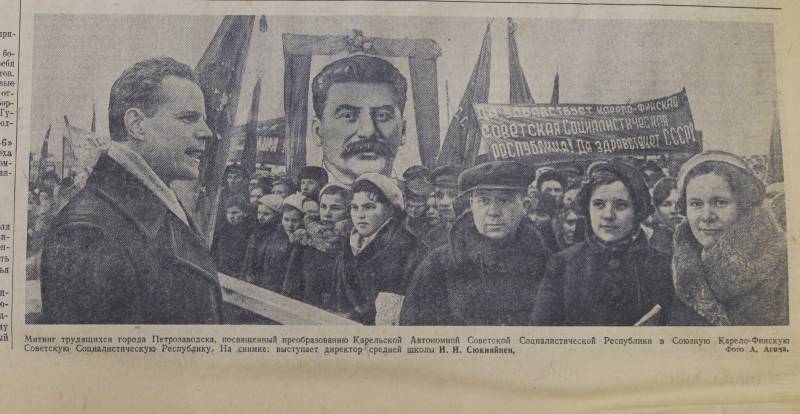 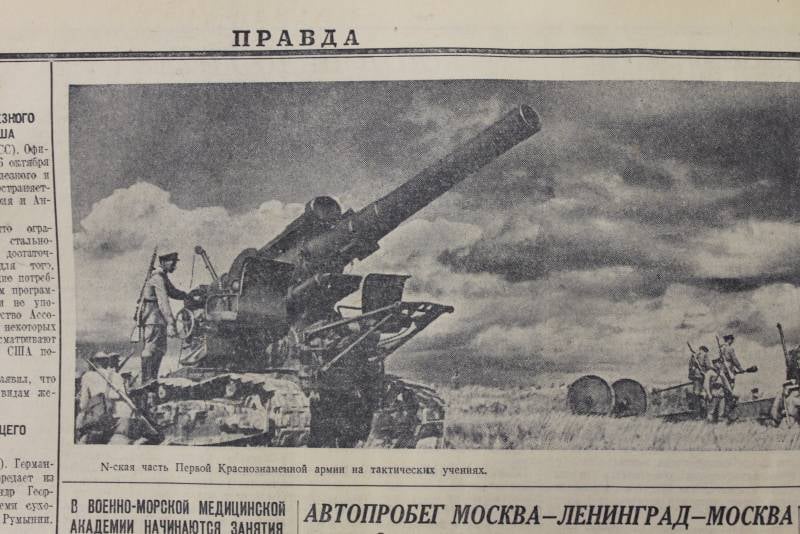 But such photos in Pravda could be published much more often. They would look good on both sides of the border and inspire confidence in friends and ... fear to enemies! 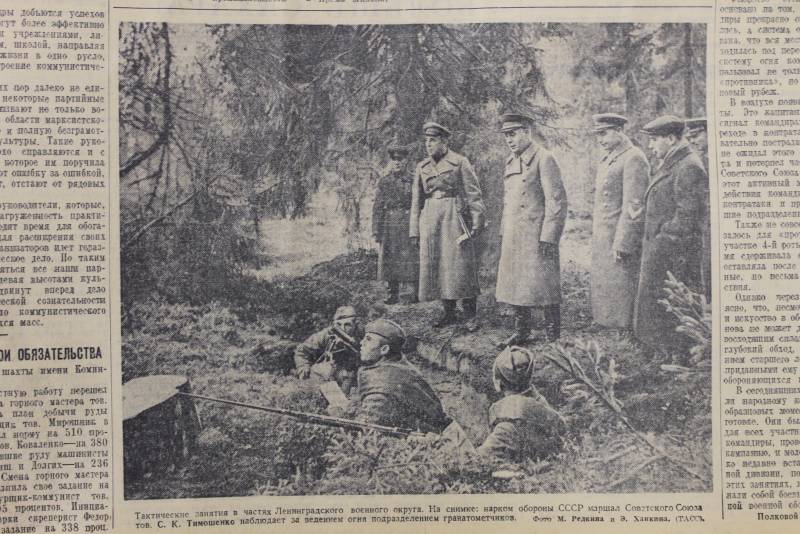 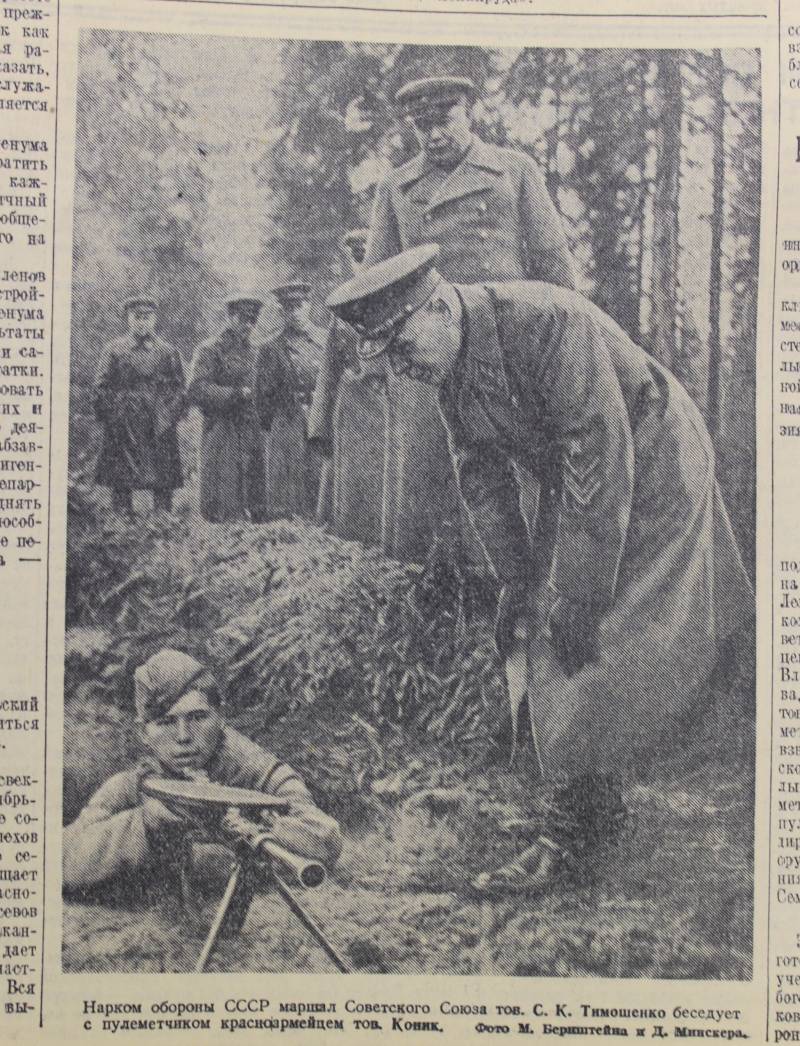 And talking to the machine gunner ... 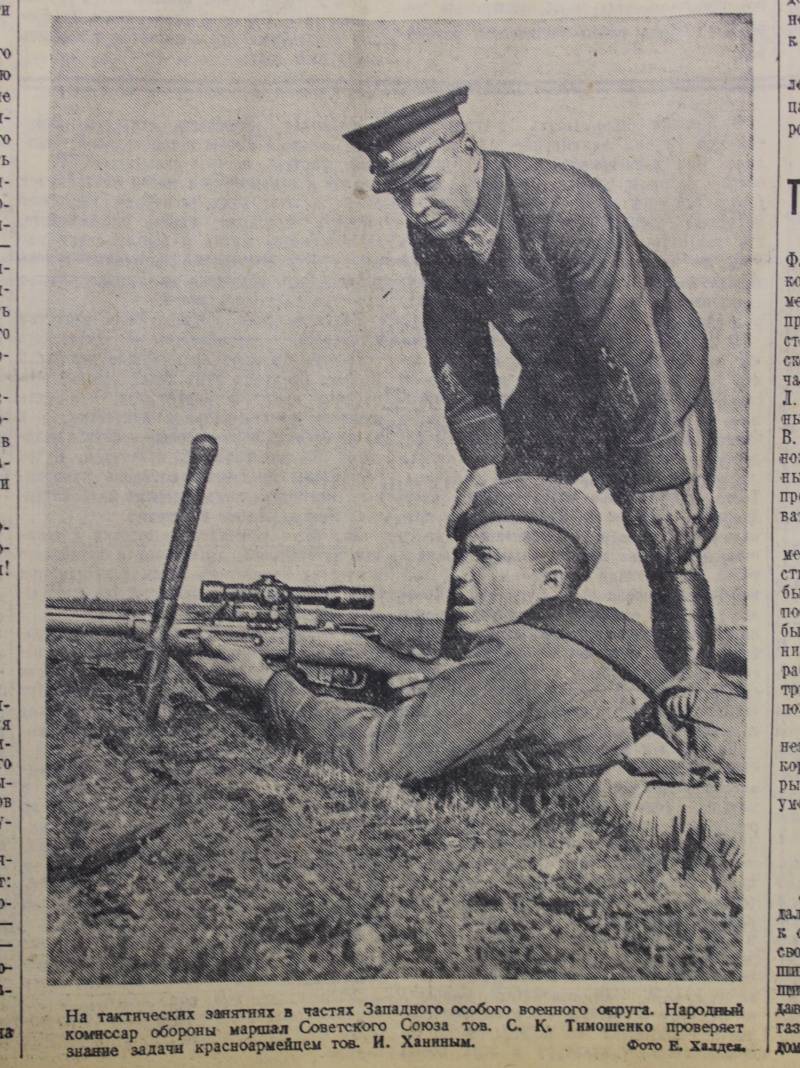 And with sniper Hanin 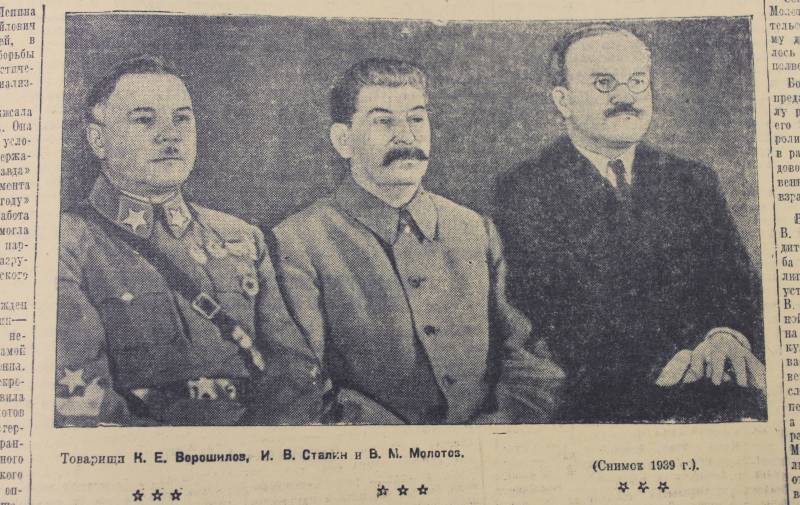 In 1939, Pravda most often had a trio: Voroshilov, Budyonny, Stalin. In 1940, Budyonny disappeared from the photographs and Molotov took his place 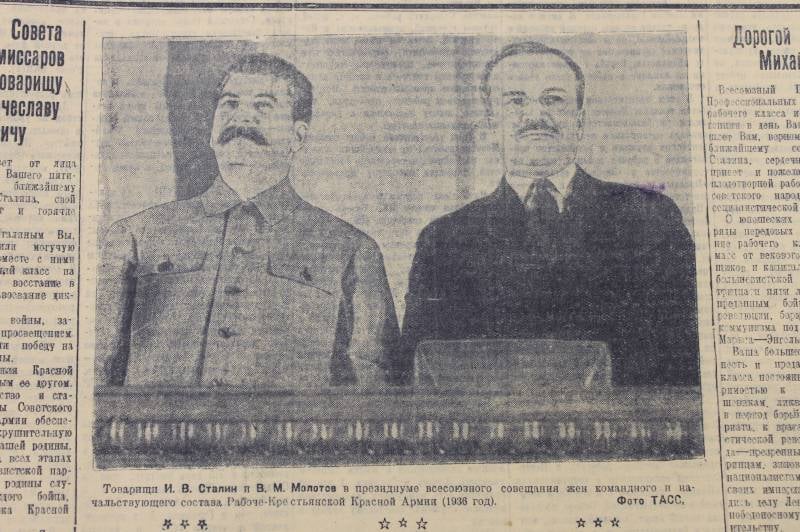 Stalin and Molotov confer with the wives of the command staff. True, they look in different directions
[Center] 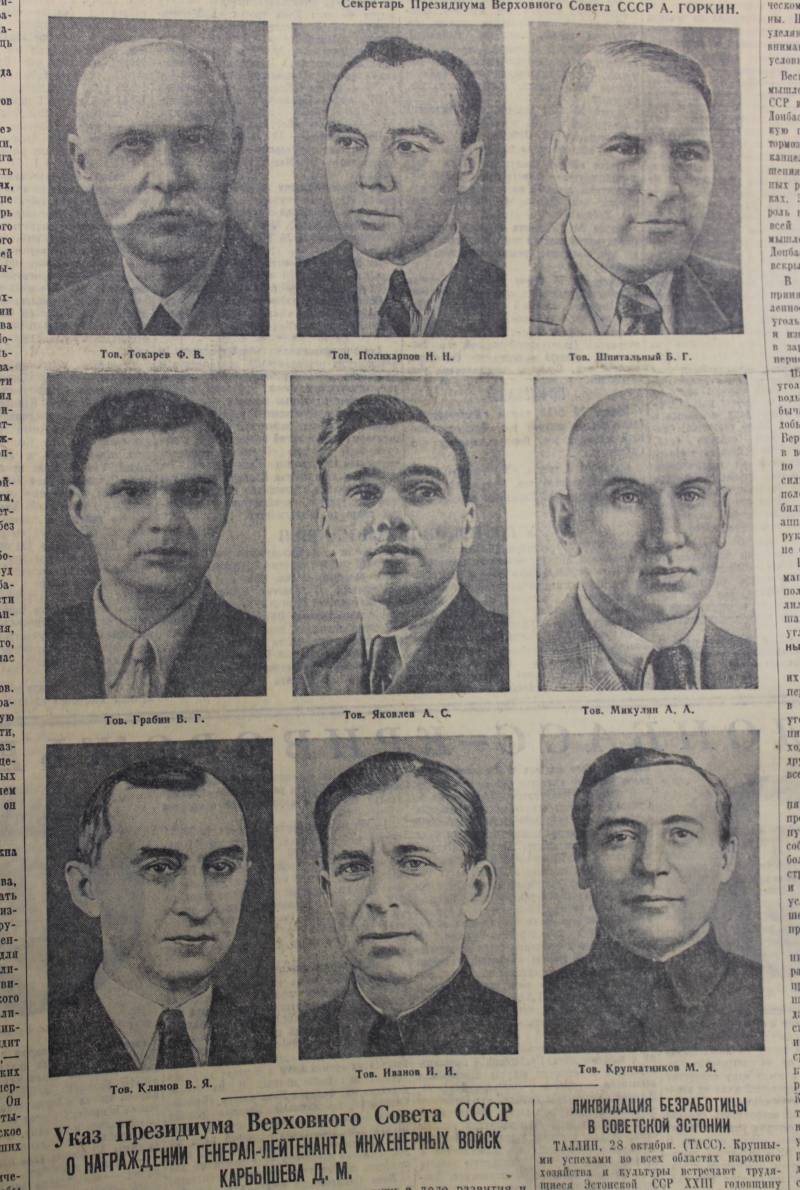 In the newspaper appeared photos of Soviet military designers who became the heroes of Socialist Labor
What is especially surprising when viewing two newspapers at once: local and central? Very sparing coverage of events at the front. Much more attention is paid to the protesting workers of England and Denmark than to our fighters and commanders, who have borne the brunt of this war on their shoulders. It is clear that it was not necessary to write about frozen people and abandoned equipment, but you can express everything with words. And were there really few then examples of courage and heroism? After all, portraits of those awarded with orders and the title of Hero were placed by Pravda regularly. Well, why not talk about them, not take an interview?

Again, no one demanded to write the truth in it, it was necessary to write “as it should”, and even the interviewee would have correctly understood this then. But such a powerful educational moment at that time was completely missed. After reading, there remains a feeling of some dissatisfaction, understatement, and this simply should not be the case with the masses.

And this is not a discovery of today and not a modern afterlife. Even Lenin wrote about this in the work “What to do,” but the journalists and those who directed them at that time simply could not help reading it and not taking notes. But somewhere, something, apparently, did not grow together.

We are in Yandex Zen
Chernobyl notebook. Part of 3
Father told
44 comments
Information
Dear reader, to leave comments on the publication, you must to register.