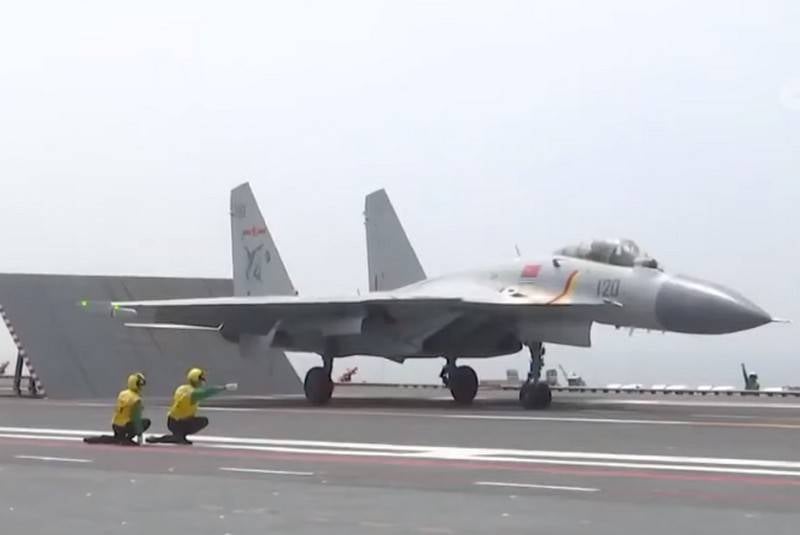 China showed the first take-offs of J-15 carrier-based fighters from the latest Shandong aircraft carrier, which was introduced to the PLA Navy on December 17 this year. Video of flights was presented by the Chinese television channel CCTV7.

J-15 - an aircraft created on the basis of the Su-33, a prototype of which China purchased in Ukraine and then developed its own fighter based on it, later received the name "Flying Shark" in the PLA Navy.

The rules for the designation of warships clearly state that warships of the above type "cruiser" and "universal landing ship" receive the names of provinces or cities of central subordination. In accordance with this rule, and also taking into account the applications of the provinces and cities themselves, the second Chinese aircraft carrier was called "Shandong"
- Delay explained.

"Shandong" - the first Chinese aircraft carrier fully own production. The construction of the ship started in 2013, and in 2017 it was launched.