Ka-52M: how the new helicopter will catch up with Apache 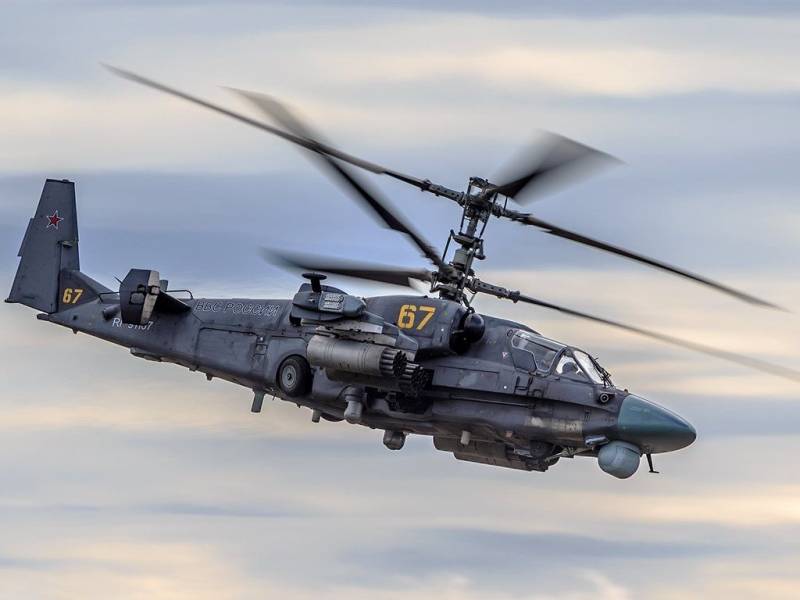 "Alligator" that did not become a "crocodile"

The Ka-52 helicopter, despite its original coaxial layout and the extremely unusual placement of crew members side by side, is by far not the most frequent subject for discussion among amateurs aviation. One of the reasons lies on the surface: back in the early 2000s. propaganda has eaten bald patches with often absurd statements about the “fantastic possibilities” of the long-dead Ka-50 (basic version of the Ka-52 Alligator), which, due to shortcomings, could never have become the main attack helicopter of the Russian Air Force.

The Ka-52 is deprived of a frankly extreme single-seat layout, in which the pilot would have to feel like Julius Caesar in combat conditions. In fact, there is only one claim to the concept of the Ka-52 helicopter, again related to the placement of the crew. With this arrangement, the commander and operator of the weapons systems are deprived of the side view that the Mi-28N or Apache pilots have. In the case of bombers, the choice of the scheme side by side is caused by problems and loads characteristic of long-term flights. Why such an “happiness” to the attack helicopter is a big question.

However, this is not what interests us more. Let's talk better about on-board electronics and weapons of the Ka-52. Everything here is rather ambiguous. At first glance, the helicopter has a very serious advantage over many other machines of this class, including the Mi-28N (but not the Mi-28NM). He received a millimeter-range front-view radar complex “Crossbow”, which makes it possible to detect obstacles and ground targets and hit the latter more effectively. And also to fly at extremely low altitudes, in the mode of terrain mapping. 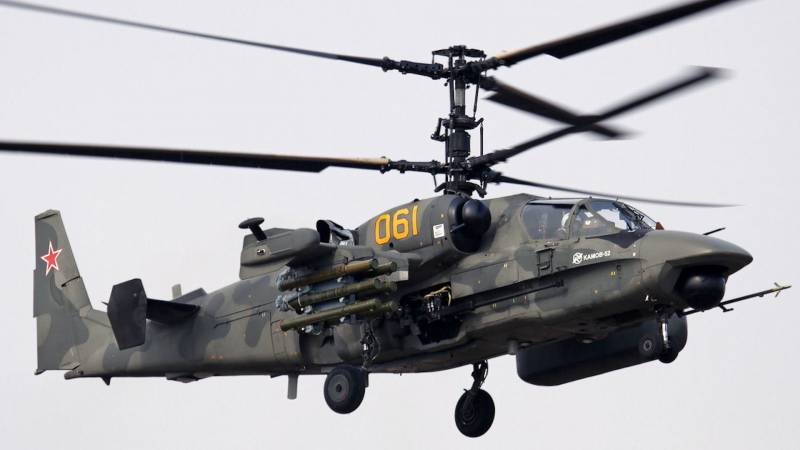 The situation was spoiled by "childhood diseases." You can, of course, read the victorious reports of the Russian Ministry of Defense, but the assessment of other countries will be much more objective. In our case, there is only one such country - Egypt. In 2018, Defense Blog reported that the Arab military was unhappy with export Ka-52s and wanted to buy more Apaches. “The new Ka-52 has technical problems with the power plant, avionics, navigation systems and night vision systems. In hot climates, the Ka-52 engine significantly loses power in different flight modes, ”writes Defense Blog. There is an alternative assessment. So, according to the Egyptian general Tarek Saad Zaglyul, the Russian car is not inferior to the Apache.

However, you need to understand that rumors are rarely taken from nowhere, and a professional military man, most likely, will not openly criticize his department for fear of unnecessary difficulties.

The need for modernization is recognized in Russia itself. One of the problems is clearly visible to everyone: it is archaic air-to-surface weapons. It is, in particular, an anti-tank missile of the Ataka complex with a maximum range of about six kilometers and a radio command guidance system. Such a complex cannot always ensure effective destruction of targets in difficult combat conditions. It can be said simply: it is outdated.

In 2017, a photo appeared on the network in which you can see the “Syrian” Ka-52, armed with the anti-tank guided missile “Whirlwind-1”. Such a complex, of course, is better than “Attack”, but it was good in the 80s, when it was developed. Now that the United States is switching to the AGM-179 JAGM ATGM with the implementation of the “shot-and-forget” principle, the missile that needs to be guided by the laser beam can hardly be called modern. In difficult combat conditions, this is not only a big load on the crew, but also a significant risk for the helicopter to be shot down, since until the moment the target is hit, the machine cannot perform sharp maneuvers without fear of disrupting the capture. By the way, this once again demonstrates how "strange" the Ka-50 concept was, using these same "Whirlwinds". 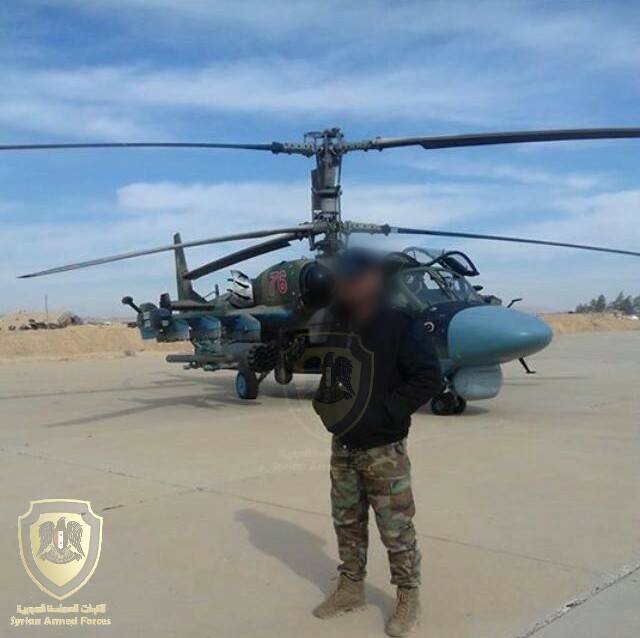 By the way, it is appropriate to recall that this principle “shot-forgot” on their “turntables” was implemented not only by Americans, but also by Germans. The Bundeswehr Eurocopter Tiger has the ability to use PARS 3 LR missiles with a range of more than seven kilometers. In this example (Europe is often criticized for the "disregard" for defense), it is clearly seen how much domestic weapons systems for helicopters have lagged behind in recent decades.

Fortunately for the Air Force, the upgraded Ka-52 is likely to have a much more serious strike potential. In May of this year, TASS reported that the upgraded Ka-52M helicopter will have much greater capabilities to engage ground and air targets than the basic version. “Work is underway related to an even greater increase in the range of detection and recognition of targets and, accordingly, an increase in the possibility of using weapons to work both on the ground and in the air,” the Russian Helicopters press service said in a statement. It is also known that the Ka-52M weapons range is unified with Mi-brand helicopters. And the helicopter flight range will also be increased.

And here the fun begins. Recall that in the spring of this year it became known that Russia is conducting tests of the latest missile in Syria, which is intended for the promising Mi-28NM attack helicopter. She received the name "product 305". According to data from open sources, the missile is capable of hitting targets at a distance of more than 25 kilometers, using an inertial system in the first leg of the flight and a multispectral homing head in the last. Thus, we are talking about an analogue (however, rather conditional) of the AGM-114L Longbow Hellfire missiles and the aforementioned AGM-179 JAGM, using the principle of "shot-and-forget." At the same time, the range of the Russian missile, according to sources, is almost twice as high. 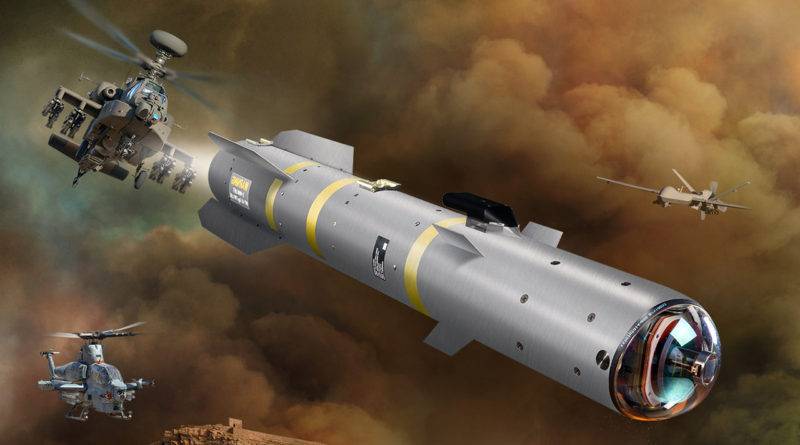 As for the "product 305", its high characteristics are largely achieved through the use of the aerodynamic scheme "duck" with developed nasal aerodynamic rudders. In addition, according to experts, due to the large diving angles to the target (60-70 degrees), the rocket can easily break through to the target, and it is not so afraid of Western active defense systems, such as Trophy and Iron Fist. There is logic in this.

Finally, as for the Ka-52M helicopter itself. It must be assumed that soon we will be able to see the first of these machines.

“There is a new development work that we began to carry out this year on further modernization. We hope that next year we will be able to enter into contracting, for our part, we will make every effort so that we can do it by analogy with the Mi-28 - so that we enter into a long-term contract with the Ka-52 in a modernized form, "
— said Andrey Boginsky, head of the holding, in December 2019.

Despite the somewhat vague terms, we can say for sure that such an increase will be beneficial for the Russian Aerospace Forces. Even regardless of the test course of the “305 product” or some other promising ATGM.