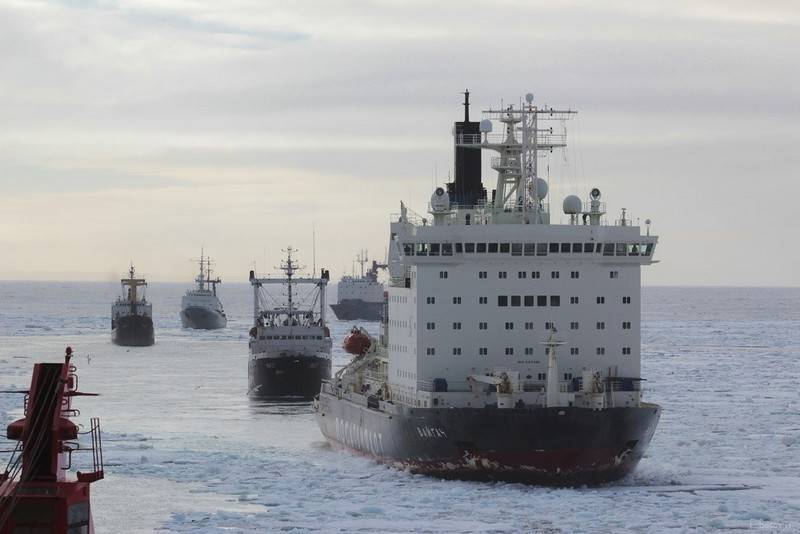 Russia does not see the need to find foreign warships on the Northern Sea Route, as it is capable of independently fully ensuring the safety of shipping in this area. This was stated by the chief of the General Staff of the Armed Forces of the Russian Federation Valery Gerasimov.


Answering a question from the Japanese military attache about plans to rearm the Russian Armed Forces in the Arctic, and how Russia will react if foreign warships navigate the Northern Sea Route, Gerasimov replied that Russia is improving the air defense system in the Arctic zone, and the country's armed forces are capable of independently ensure the safety of navigation, therefore, in the presence of warships of foreign states on the Northern Sea Route there is no need.

Today, our Armed Forces are able to fully ensure the safety of navigation in the waters of the Northern Sea Route, and therefore there is no need to find warships of other countries in this sea corridor. (...) first of all, we plan to improve the air defense system in the Arctic zone, (...) to ensure the safety of the Russian maritime economic activity in the Northern Sea Route, it is planned to replace existing weapons and military equipment with promising ones and build new ice class ships
- Gerasimov said.

As reported at the end of 2018, from 2019 Russia imposed a ban on the free circulation of foreign warships along the Northern Sea Route. Passage of warships, as well as submarines, is possible only after notification to Russia.

Earlier, the commander of the US Coast Guard, Admiral Paul Zukunft, said that according to the USA, the Northern Sea Route should be a transport artery open to all countries of the world.

The Northern Sea Route is the main Arctic shipping line of Russia, the shortest water route between the Far East and the European part of the country.