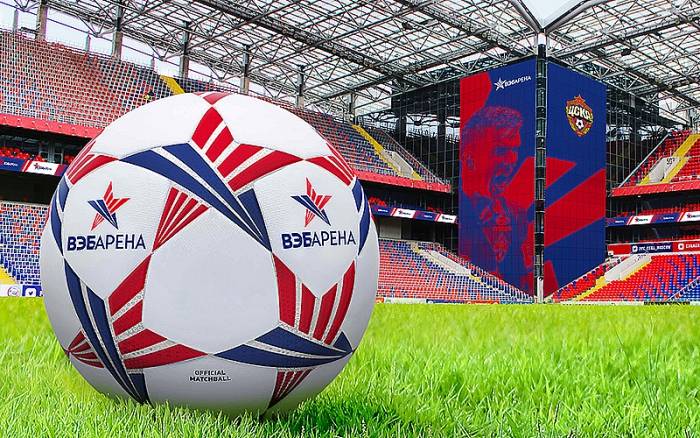 The block of shares of the club was pledged on a loan for the construction of the CSKA stadium. In 2013, VEB issued a loan of $ 280 million to CSKA. Since the owner of the club, Yevgeny Giner, found 110 million dollars on his own, CSKA used only 280 million out of 240. The cost of constructing the VEB Arena stadium was $ 350 million.

Initially, it was clear that without the help of the patron, Evgeny Giner, Sergey Ivanov, VEB would never have given such a loan under such a dubious business in terms of payback. Reputable "Vedomosti" wrote that "Ivanov patronizes CSKA and sympathizes with Giner personally." According to this publication, the talks with VEB from CSKA were headed precisely by the head of the presidential administration, Sergei Ivanov. 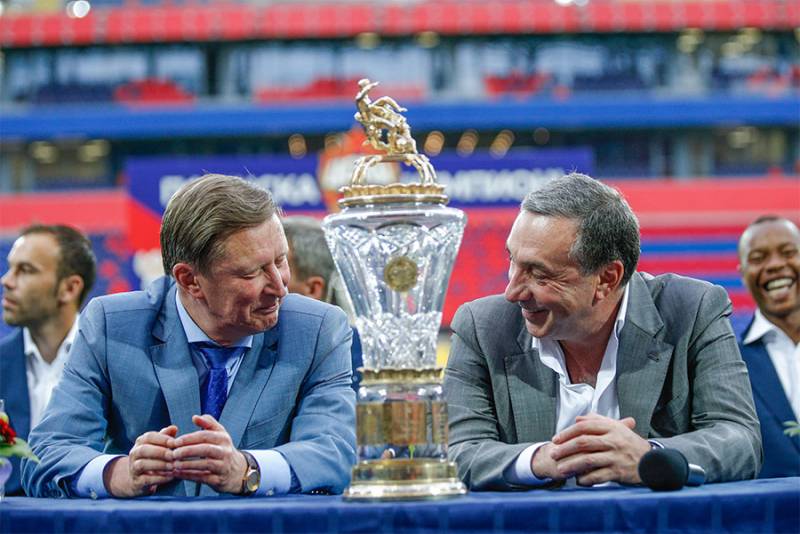 And officials chanted the cherished mantras. Igor Shuvalov in June in St. Petersburg spoke with the hope:

“We analyzed the situation. We have no fears that the loan will not be repaid. Now we are working with the main shareholder, Eugene Giner, on how to make a super club from CSKA. For the business center to work and the place to become a point of attraction. The arena bears our name, we must give it a different quality. ”

And the bankers (bankers, Karl!) Kept saying about the same thing as prayer. Sergey Gorkov (chairman of VEB in 2017) broadcast:

“The cost of the stadium must pay off. CSKA has a very good financial management. We understand the business model and, of course, the stadium will pay off. We have a period when CSKA almost does not have to repay the loan, there is a small amount. Major payments come later. CSKA needs time to disperse the stadium. So far, the task is not to repay the loan, but to play well and please the fans. ”

Return 240 million with interest for 10 years. Apparently, Evgeny Lenorovich Giner hoped that the "tomato sponsor" would put pressure on VEB, and the conditions for the return of money would be relaxed, prolonged, etc. Either Ivanov couldn’t, or didn’t want to, or his administrative share decreased — it doesn’t matter. Did not work out.

For CSKA, this makes little difference. Evgeny Giner remains president, all his people retain posts in the club system, and the very transition of shares to VEB's balance sheet is the most likely outcome of events. This is a new headache for VEB. What to do with the stadium - the only material asset of CSKA? The bank's management initially regarded the club and the stadium as a non-core asset.

Back in 2017, the aforementioned then-VEB chairman Sergei Gorkov categorically stated:

“We are not at all an organization that invests in sports clubs. We have no plans for investing in the club CSKA. In general, we have a moratorium on charitable activities. We have no interest not only in CSKA, but also in any other clubs. ”

Now CSKA has one hope - for investors. VEB’s current chairman Igor Shuvalov noted that managing shares in CSKA is a temporary measure:

“We expect that we will be able to attract an investor from a year to three. It should not be longer than three years. Together with the club CSKA and RDIF (Russian Direct Investment Fund - N.M.) we are already working to attract new strategic investors.
This measure will allow us not to restrain the usual activities of the club - for example, to acquire new players - so that the club develops. Being just a lender, we limited their activity, because we were forced to concentrate financial resources to pay debt. Today the situation is changing in this way. ” 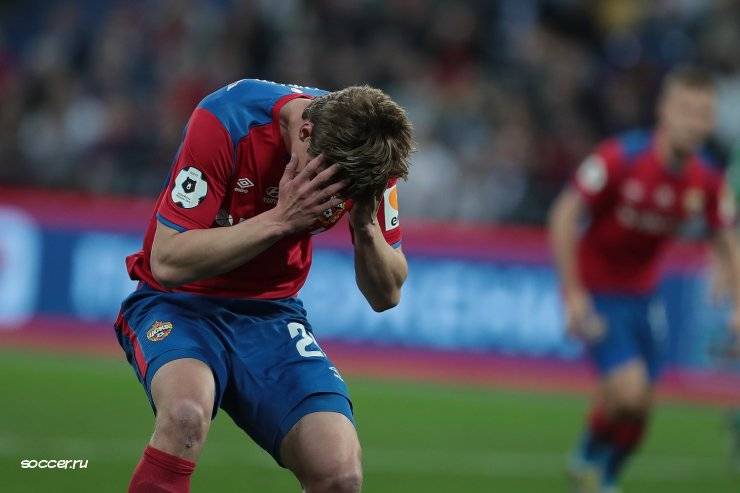 It seems that the army club can not do without new investors
But finding investors in the current economic situation is an extremely difficult decision. Any investor is primarily interested in payback. It is no secret that the problem of the payback of stadiums is not purely Russian. All over the world the question “What to do with the stadium?” Is quite acute. The main expense item is the maintenance of the stadium and the lawn itself - it takes crazy money. And each new investor will face the contents of the stadium, like a sivka-burka.

Welcome to complain ... in Qatar

The editors conducted their own research and, to their surprise, found an effective solution - in Qatar. On December 11, the World Cup Club Championship kicked off in Qatar. Qatar won the right to host the 2022 World Cup. Naturally, the leadership of Qatar poured huge sums into the preparation of the championship. And here's what is surprising: the Qatari authorities thought ahead of time about what to do with the stadiums after the end of the World Cup. 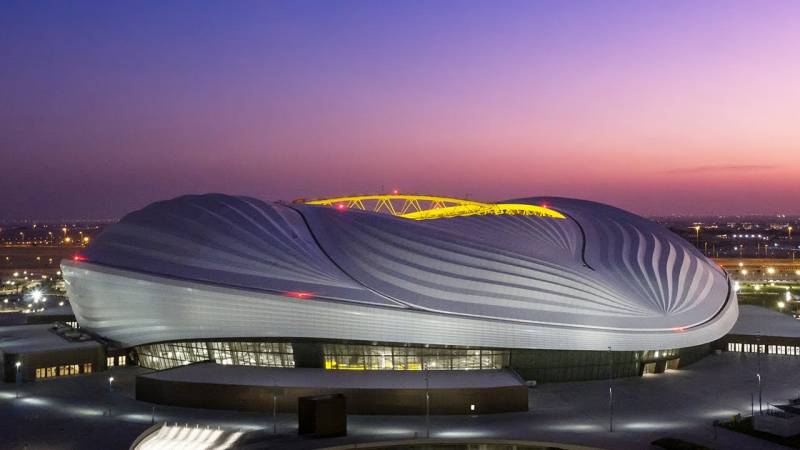 The very first stadium, designed by Zaha Shadid for the World Cup 2022 in Qatar, is amazing
The funny thing is - in the emirate of Qatar, they seriously intend to use Russian developments. Russian Energy Minister Alexander Novak at the fourth meeting of the Russian-Qatar Intergovernmental Economic Commission said: "We discussed the participation of Russian companies in the preparation of the World Cup in 2022." The result of the work was the upcoming visit of the Russian delegation of businessmen and officials to Qatar.

The host country will be primarily interested in specific Russian projects related to the profitable operation of sports arenas. The emphasis is not only on the 2020 World Cup, but also on the time between major tournaments. Even at meetings in Russia, Russian entrepreneurs managed to make a series of business offers to their colleagues from Qatar. And this is three years before the world championship.

There are interesting ideas for cross-financing tourism and sports facilities that were presented and successfully used in Russia in 2014 at the Sochi Olympics and in 2018 at the World Championships, schemes for organizing work with a massive influx of tourists. They could not help attracting the attention of businessmen from Qatar to the cybersecurity system, as well as face recognition and fan access control from the Engineering Technologies Group of Companies.

But most of all, surprisingly, colleagues from Qatar were offered quite specific, and, as a rule, practically ready-made developments. Of those that are called, you can touch them. The Qatari side drew attention to Sport Engineering analytics, which reveals the mechanisms for budget financing of stadiums, as well as to facilities built and now quite efficiently operated by Sport-In.

From the same things that are oriented towards the future, one cannot fail to single out the draft of a special protective system for grass cover presented by the Director General of Diversus Group Nikolai Altstein. The collapsible protective complex SRZK - a unique Russian development, to which atomic specialists had a hand in hand, aroused the closest attention of the hosts of the 2020 championship.

SRZK represents, in fact, the second floor, due to which the load on the lawn is zero, and the main pressure falls on the non-working zone of the field - beyond its edges. This technology can be used in any stadiums. In addition to protecting grass cover, it provides the necessary air circulation, temperature, humidity and optimal lighting conditions for the lawn. 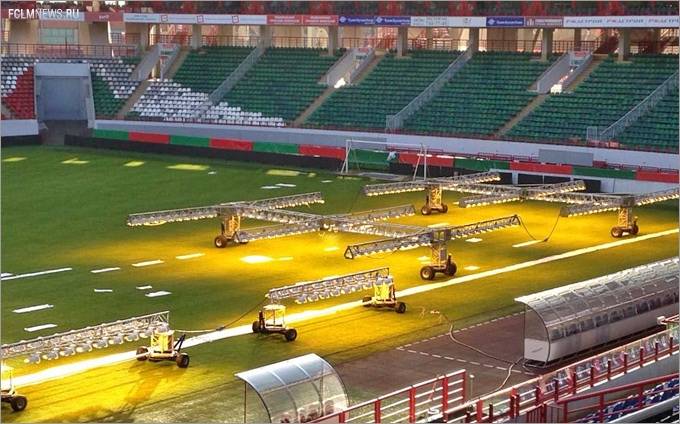 A football pitch requires a very special attitude
The leading Qatari company Al Khan Group International, which provides equipment for stadiums, including the upcoming World Cup 2022, has already paid attention to Russian development. And since there are its own Ivanovs in Qatar, we can make a definite conclusion - the technology works and works fine.

In this regard, a reasonable question arises. Why did they see Russian development in Qatar that would make the operation of the stadium profitable, and in Russia, in the homeland of a technological breakthrough, are they looking for investors for a loss-making new stadium? Surprisingly, we are asked for advice on what to do with stadiums. And where - in the richest Qatar! Yes, left-handed people haven’t gone anywhere in Russia, but as always, they don’t notice them at home ...