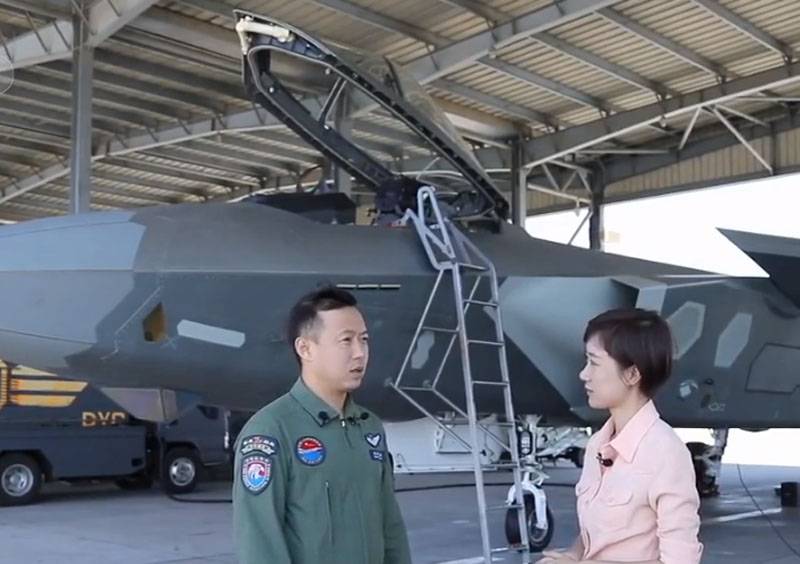 A report from Chinese television examined aspects of preparing pilots for piloting the latest J-20 fighters. The material stated that the pilots J-20 - "the elite of the elite of the Air Force of the People's Liberation Army of China." It is alleged that the fifth-generation Chinese fighter pilots are on average younger than the US Air Force pilots (we are talking about the F-22 and F-35 pilots).

One would think that for the piloting of fifth-generation fighter J-20, age pilots are selected, who for many years devoted to piloting other fighter means aviation. But this is not so.
A Chinese TV report stated that today the average age of fifth-generation fighter pilots in the PLA air force is 32 of the year. The youngest pilot of the J-20, according to the statistics presented, was the 29-year-old Bai Lun.

At the same time, Chinese TV reporters do not talk about the average age of the F-22 and F-35 pilots in the USA.

In China, the training of military pilots, according to media reports, has a funded points system. It includes theoretical training, classes on an aircraft simulator, as well as direct piloting of a fighter. When scoring a certain indicator in points, the pilot is allowed in the squad of pilots J-20.