"Caliber" dispersed to hypersonic speed ": the most stupid military fakes of the week 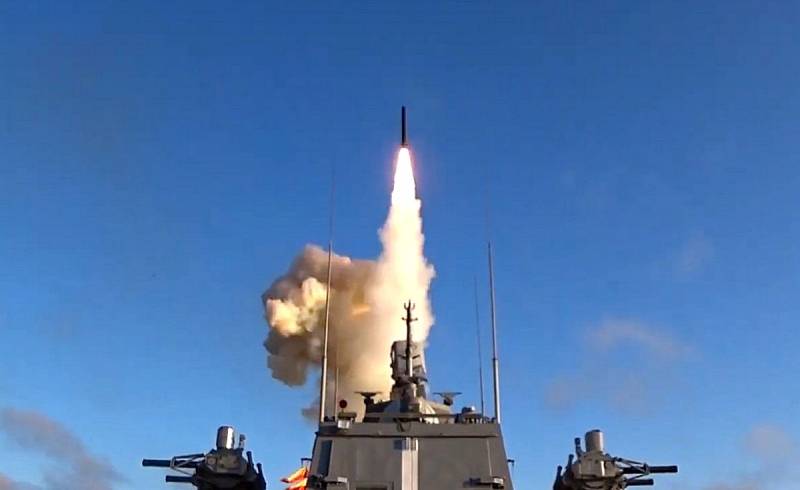 In the “Weekend Fiction” section, “VO” presents a new selection of the most stupid fakes of the week. Recall that last week “Military Review” told its readers about the UNIQUE military expertise, when certain resources (let's not point a finger ...) announced how the S-400 air defense missile system shot down the Israeli Jericho rocket during the tests, and about as the Su-35 "dispersed", again Israeli, the F-35 in the sky over Syria.


In the new issue - new "heights". Last week, the Zvezda channel was noted for the launch of the Caliber naval cruise missiles. The report was originally called “More than 250 km in 137 seconds: a video of target destruction by Caliber was published.

You do not need to be a mathematician at the Perelman level in order to calculate the speed of the rocket that was discussed in the report based on the voiced data. This speed is more than 6,5 thousand km / h! It turns out that during the firing, the "Caliber" was somehow dispersed to hypersonic speed. Suppose ... But then - more. 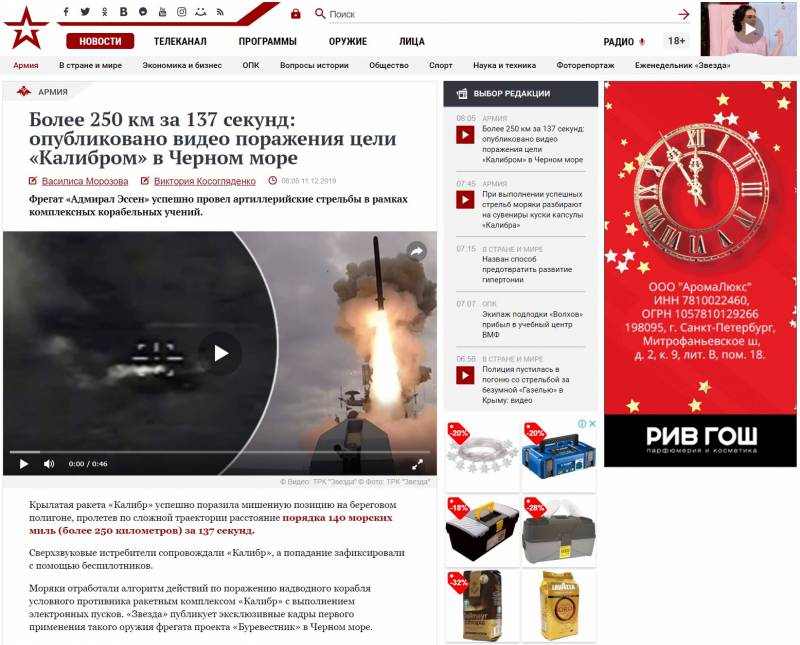 The report (again, initially) stated that the "Caliber" was accompanied by fighters. It turns out that if the "Caliber" suddenly became hypersonic, then the fighters - too. Otherwise, how would they “accompany a hypersonic missile”?

Realizing that there was “something wrong” with the characteristics of the rocket in the report, the correspondents decided to correct the headline: instead of “250 km in 137 seconds”, “250 km in several tens of seconds” appeared. As the saying goes, "let it be." At the same time, it was stated that drones recorded the defeat of the target. But the phrase was present in the report itself: "The sailors worked out an algorithm of actions to defeat a conditional enemy surface ship with the Caliber missile system with electronic launches." How can these statements be docked? Have drones recorded hits from electronic launches? And what in this case was accompanied by fighters?

The Avia.pro resource distinguished itself during the week. Title: “A second reconnaissance aircraft escorting an American aircraft carrier was shot down.”

How is the second? That is, the “first” was also shot down ... Why neither the Pentagon nor the Hussites know about it, on which two reconnaissance aircraft were “hung” at once? In the same materials, the authors suddenly ask themselves whether it was a reconnaissance plane, or was it an unmanned aerial vehicle ... And in the end, an “information bomb”: “Hussites may well attack both the aircraft carrier and the entire strike group.”

Completed the week "News"From the series" We Didn’t Even Know "the Free News portal, coming out with the material under the heading:" US military threat of use weapons stopped the Russian patrol. " The material was published with reference to some political experts, who themselves, of course, did not see anything like this, but apparently heard from other "political experts" ...