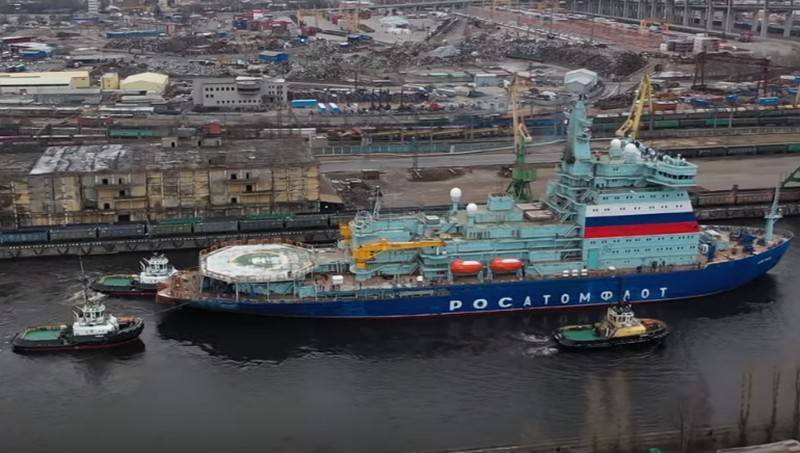 The main nuclear-powered icebreaker Arktika of the 22220 project successfully completed the first stage of sea trials. This was reported by the press service of the Baltic Plant (St. Petersburg).


Reaching the first stage of the factory sea trials last Thursday, December 12, the Arctic icebreaker successfully completed testing in the Gulf of Finland and on December 14 returned to the outfitting wall of the Baltic Shipyard.

The test program of the first stage has been successfully worked out: the move from backup diesel generators has been checked, independent speed in 6 units has been achieved. Icebreaker communications, navigation and home systems have also been shown to be successful.
- stated in the press service, adding that the next phase of testing will begin next year.

The Arctic nuclear icebreaker is the lead ship of the 22220 project in a series of three vessels being built at the Baltic Shipyard in St. Petersburg under a contract with Rosatom. The end of the tests and the transfer to the customer is scheduled for May 2020 of the year.