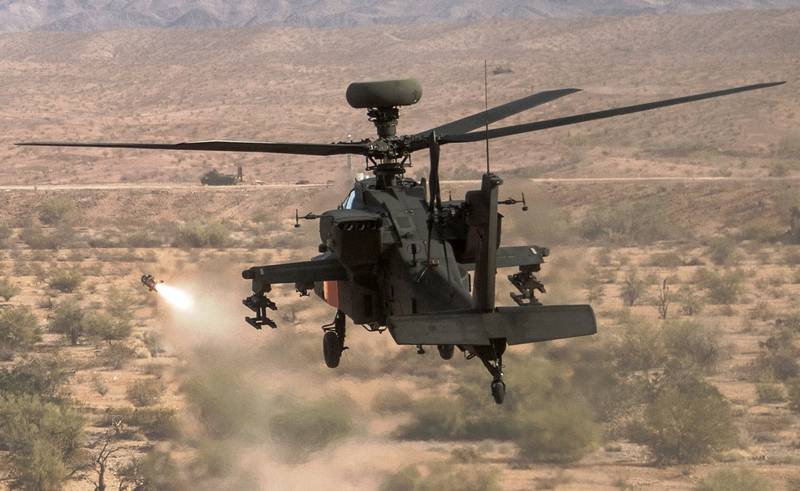 The United States is ramping up production of new JAGM (Joint Air-to-Ground Missile) guided missiles. Lockheed Martin received a contract from the US Department of Defense to double the rate of production of these missiles. It is reported by the Pentagon press service.

The value of Lockheed Martin’s base contract was increased by $ 15,54 million to increase the monthly production rate of JAGM missiles from 50 to 100 units. It is expected that work to modernize the company's production line in Orlando (Florida) will be completed by March 30 2022
- The Pentagon said in a statement.

The new JAGM-class rocket is an upgraded version of the AGM-114R Hellfire II guided missile, which, in turn, is the main aviation ammunition attack helicopters of the American army. The basic version of Hellfire, AGM-114, has been in service since 1985.

Structurally, the JAGM rocket is similar to AGM-114 Hellfire and is its further development. UR JAGM has a starting weight of 49 kg, a length of 1800 mm and a case diameter of 178 mm. The maximum launch range of the JAGM rocket is 8000 m (which corresponds to the distance of the Hellfire radar), and the maximum speed is 1,3М. In the future, it is planned to replace the engine with a more powerful one, which will increase the range of damage to 16 km. The missile is designed to destroy armored targets, patrol ships, artillery systems, missile launchers, position radars, control units and communication, fortifications, residential facilities infrastructure and administrative points of the enemy.
Military Reviewin Yandex News
Military Reviewin Yandex Zen
61 comment
Ad