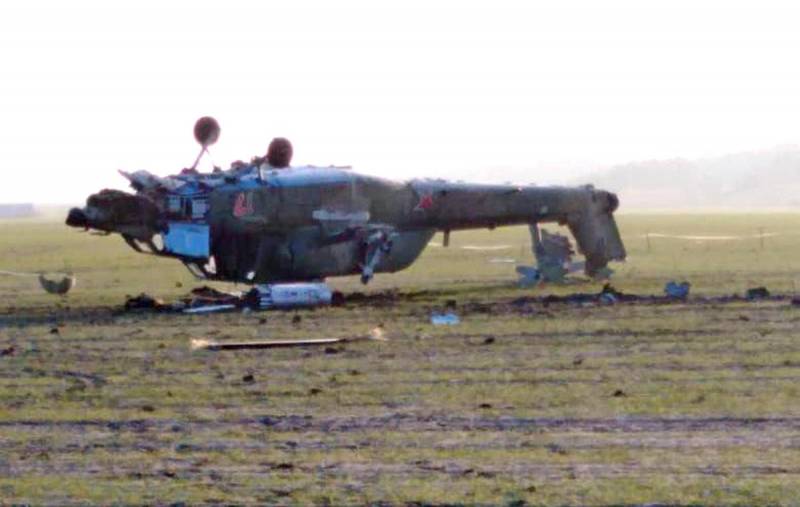 A photo of the Mi-28 attack helicopter crashed in the Kuban appeared on the Web. The board crashed while performing a training flight on December 11 in the area of ​​the village Korenovsk of the Krasnodar Territory.


As can be seen from the picture taken, the helicopter is inverted, with screws on the ground. Judging by the absence in the picture of representatives of emergency services and special equipment, the helicopter was initially in this position after the fall. Most likely, after hitting the ground, the car rolled over and took such a position.

As previously reported, the Mi-28 Night Hunter helicopter crashed near the city of Korenovsk (2 km from the airfield) during a scheduled flight. According to recent reports, there was a fall in about 23: 00 (Moscow time) on December 11. The preliminary cause of the crash in the Ministry of Defense called difficult weather conditions.

A criminal case under Art. 351 of the Criminal Code of the Russian Federation ("Violation of flight rules or preparation for them"). A special commission established to establish the causes of the incident considers all versions of the incident, including technical malfunction and the human factor.