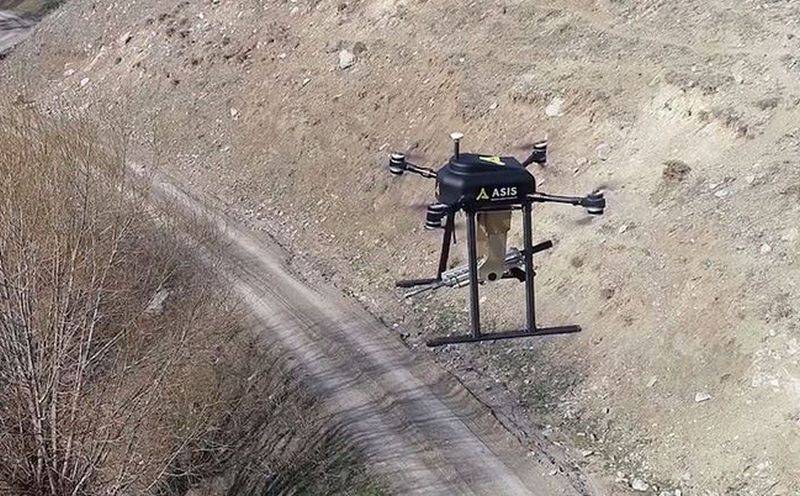 The Turkish army will soon receive a new unmanned shock unmanned quadcopter Songar. The first batch of armed drones is preparing for delivery to the troops.

The drone is equipped with a rifle weapons (assault rifle, machine gun) and is capable of dropping small bombs. Declares the development of a variant with an 40-mm grenade launcher. For aiming, the drone uses data from sensors, cameras and a laser rangefinder, and a special design on which a machine gun is mounted is able to minimize recoil after a shot.

The drone weighs 55 pounds (almost 25 kg), range - 10 miles (16 km), flight altitude - 9200 feet (2,8 km). The drone is equipped with a day / night camera, which transmits real-time video, providing damage assessment after the drone carries out an attack. It can use both American GPS and Russian GLONASS navigation systems. 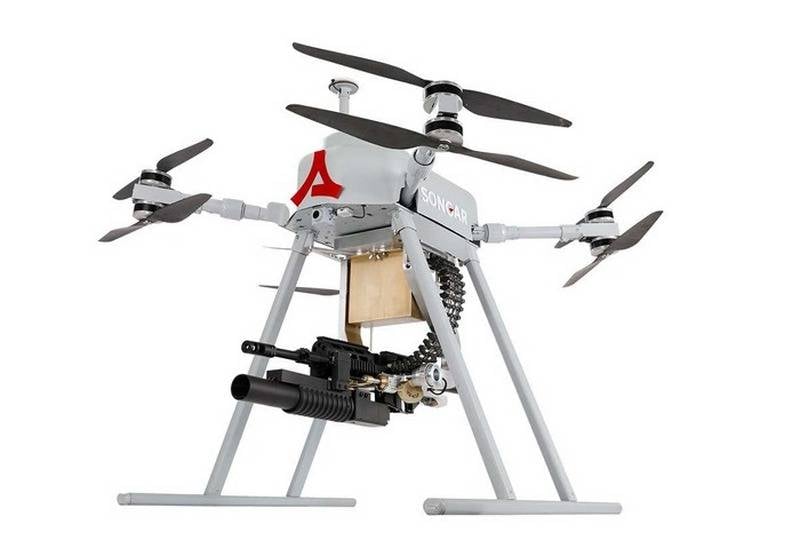