Big ship of a small fleet. Landing ship Damen LST 100 for the Navy of Nigeria 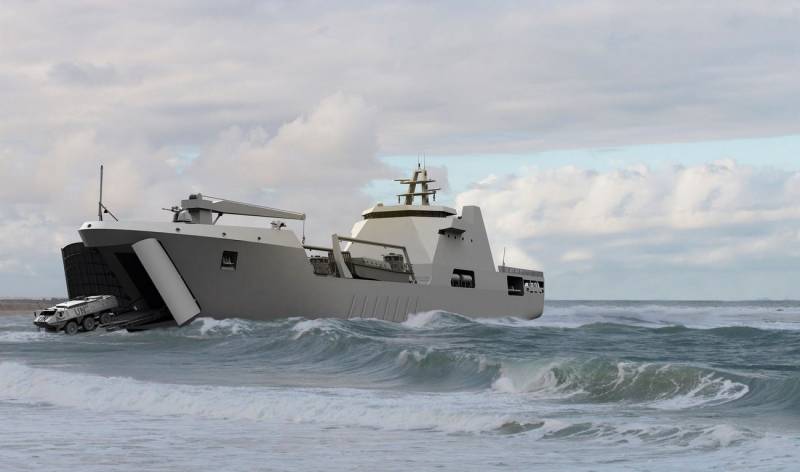 On December 9, 2019, in the UAE in the emirate of Sharjah, the Damen Shipyard Sharjah shipyard, which is part of the large international shipbuilding group Damen Shipyards Group (headquarters in the Netherlands), underwent the process of laying down a new warship intended for fleet Nigeria. This is a large landing ship of the Damen LST 100 project (stands for Landing Ship Transport 100, where “100” is the length of the ship). According to international media reports, the ship is scheduled to be delivered in May 2020.

It is worth noting that Nigeria became the first known customer of the ships of this project. Previously, the Navy of this African country had two medium amphibious assault ships of the 502 project, ordered by the FRG and commissioned back in the 1978 year. True, both vessels were excluded from the fleet in the 2009 year after a long stay at the berth walls inoperative. According to the Vice Admiral of the Navy of Nigeria, Ibok Ete-Ibasa, the ceremony of laying the new ship seems to be a significant step forward towards realizing the dream of restoring the potential of the Nigerian fleet. Vice Admiral Ibok Ete Ibas explained the choice of the Dutch company Damen, which won the competition announced earlier, by the fact that the company has an excellent reputation in the world market, excellent production capacities, and a good track record. The Nigerian Navy chief of staff emphasized that the leadership of the armed forces is confident that the landing ship will be delivered on time. It is also worth noting that the choice of the Damen Shipyards Group was influenced by the fact that the Nigerian Navy has two tugboats built by this shipbuilding company.

The debut of the large landing ship Damen LST 100 took place in 2014 at the international exhibition of naval equipment and weapons Euronaval, held in Paris. This ship became the third in the line of landing ships already presented by the projects Damen LST 80 (deadweight 600 tons) and Damen LST 120 (deadweight 1700 tons). Differing in size and landing capabilities, respectively. At the same time, all three ships of the LST family of the Dutch company Damen are distinguished by the presence of a stern superstructure, a protected internal cargo deck and located at the stern of the helipad. All three ships can receive medium-class helicopters and various models of unmanned aerial vehicles.

According to official information from press releases and presentations of the Damen Shipyards Group, the new landing ships of the LST 100 project are designed to transport various military equipment, cargo and personnel of the armed forces. Also, ships can be effectively used in rescue and humanitarian operations. At the same time, the operational headquarters for controlling all fleet forces can easily be placed on board the landing ship.

It is known that the ships of the Damen LST 100 project have a maximum length of 100 meters, a width of 16 meters, and a draft of 2,7 to 3,8 meters (maximum). The twin-shaft diesel power plant used on the ship provides the landing craft with a speed of up to 16 knots (approximately 29,5 km / h), the declared cruising range is 4000 nautical miles at a speed of 15 knots, and autonomy is 15 days. The ship is distinguished by the presence of a small crew consisting of 18 people, another 27 people can be placed on board as additional personnel (assistance during loading and unloading). At the same time, the declared landing capacity of the ship is 235 fighters.

Unfortunately, the developer does not indicate how many units of military equipment this ship can take on board, but you can conduct such calculations yourself. Fortunately, the ship is equipped with two ramps - bow and stern, withstanding equipment weighing up to 70 tons, which allows you to take on board any basic combat Tanks. And considering that the most modern tanks of the Nigeria army are various modifications of the T-72, then the capabilities of these ramps are even redundant. An internal cargo deck with an area of ​​540 square meters is designed to accommodate wheeled and tracked vehicles that enter and leave the side of the vessel on their own. The upper open cargo deck has an area of ​​420 square meters. Thus, the total area of ​​the ship’s landing decks is 960 square meters.

For loading / unloading weapons and cargo on the upper landing deck, the ship has an 25-ton cargo crane, as well as an 1,5-ton slewing crane. Also on the upper deck can accommodate two landing boats of the LCVP type. As armament on the ship, a quick-firing small-caliber artillery installation and machine guns can be installed.

Interest in new warships awoke in the Nigerian Navy because of the need to protect maritime shipping, the country's oil infrastructure and the exclusive maritime economic zone. On the whole, the state, which is the largest exporter of oil in Africa, has in recent years been facing an increasingly acute problem of piracy in the Gulf of Guinea. More recently, the fleet of Nigeria had virtually no combat-capable ships. In fact, the entire marine fleet of this African country consisted of one unhealthy frigate Aradu, which rusted at the pier and a small number of ships of smaller tonnage, mostly of respectable age. The frigate was bought by Nigeria in the 1970s from Germany and belonged to the ships of the Meko 360 project. The situation began to seriously change in recent years. In addition to purchasing new ships, albeit of very conditional combat value, the Nigerian military is making tangible efforts to find a supplier of a large number of helicopters, which should replenish the air force and naval aviation country. 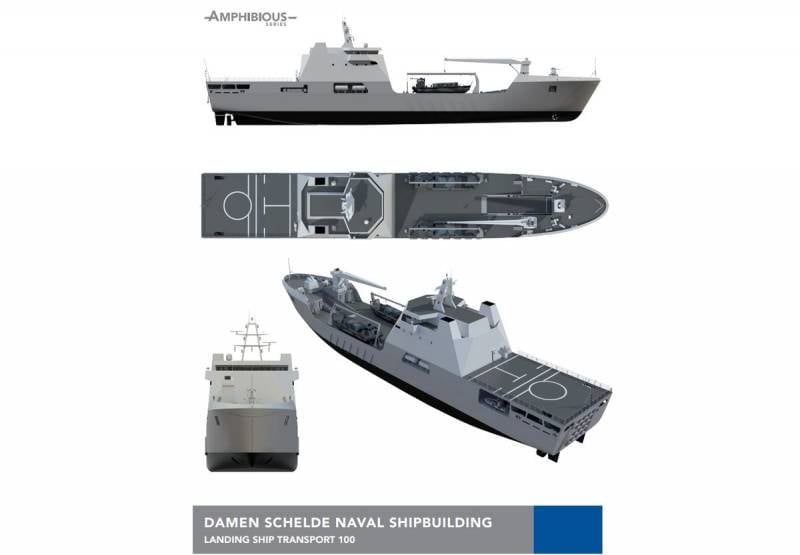 If we talk about new ships, the recently laid down large landing ship Damen LST 100 is likely to become the largest warship in the fleet. And if now the Nigerian military turned to the services of shipbuilders from the Netherlands, then before that they acquired ships made in China. So back in April 2012, Nigeria signed a contract with China Shipbuilding & Offshore International Company for the construction of two patrol ships of the P18N project (as part of the NNS Centenary and NNS Unity fleet). The choice of China is not accidental, this country is actively investing tens of billions of dollars in the Nigerian economy. The first ship of this project was transferred to the Nigerian Navy in January 2015.

P18N are corvettes with a displacement of about 1700 tons with a length of 95 meters. In the version for the Nigerian Navy, ships have conditional combat value, as they were purchased as patrol. The main armament of the ships is represented by the 76-mm artillery mount and two 30-mm artillery mounts H / PJ-14. In addition to the indicated patrol ships, the Nigerian Navy in recent years has been replenished with 6 French high-speed patrol boats manufactured by OCEA with a displacement of about 100 tons, as well as approximately 200 river patrol boats. In addition, in the 2011 year, the United States donated two obsolete coast guard ships such as Hamilton to Nigeria. These ships were the largest in the USA in their class. They have a full displacement of up to 3250 tons. But in the Nigerian Navy, they are more in repair than they are at sea: the venerable age of the ships and their technical condition affect.