US military and political means in Syria. The path to the displacement of legitimate authority 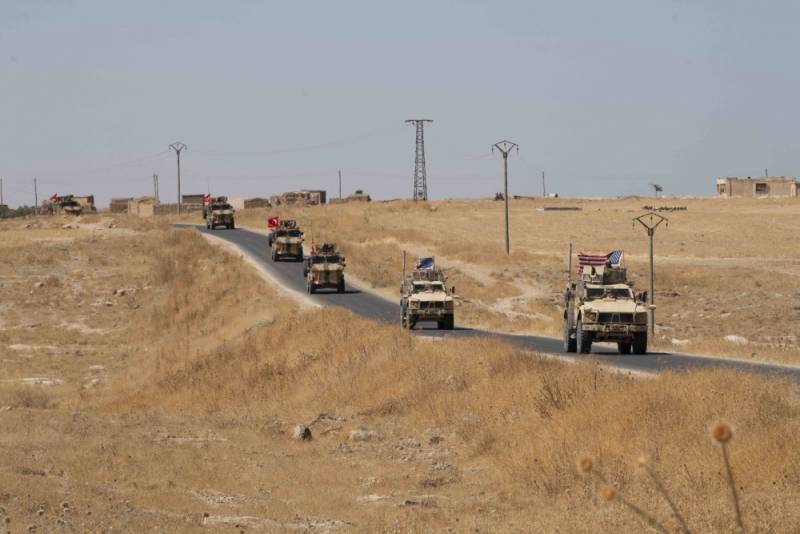 From the very beginning of the Syrian civil war, official Washington has taken a tough stance against the legitimate authorities led by Bashar al-Assad and has held such views to this day. One or another measure is taken to achieve the goals. In recent weeks, new military and political steps have been taken.

Over the past few years, in the territories beyond the control of the Syrian authorities, there has been a limited contingent of US forces. Military advisers, special operations forces and other specialists work on the spot. According to various sources, up to several thousand Americans worked in the periods of greatest activity in Syria.

In early November, it became known about the plans of Washington and the Pentagon to expand the controlled areas of Syria, as well as to change the size of the contingent. It is about control over the northern and eastern regions of the country, actually held by the Kurdish militia. The need for the presence of troops is officially explained by the desire to protect local oil fields from terrorists.

According to the first reports of November, at least 800 US troops should be left in Syria. Most of them should work at bases near deposits in the river valley. Euphrates and exercise their protection. It also provides for the deployment of units in other regions of Syria controlled by loyal units. 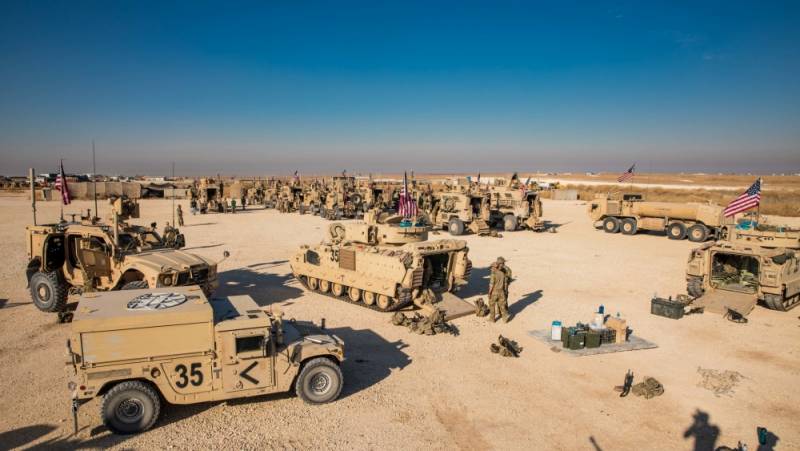 One of the American bases in Syria, November 2019
US actions in field areas have already received praise from Damascus and Moscow. Accusations of international state gangsterism have already been voiced. In addition, evidence has emerged of the export of Syrian oil - in fact contraband.

The other day in the American press appeared curious information about the fears and plans of the Pentagon. In recent weeks, in Syria, there has been an increase in the actions of the Syrian troops, as well as the Iranian, Russian and Turkish contingents. The situation is changing rapidly, and the American command has to take into account new challenges.

The command of the American contingent in Syria has already requested guidance from the Pentagon in the event of a worsening situation. The warlords want to know how they should act in the event of a clash with foreign troops or the groups they support. According to The New York Times, intelligible orders of this kind have not yet been received.

Some measures are being taken to avoid dangerous incidents. US troops are trying to monitor the situation and not react sharply to events. In addition, communication with third countries is of great importance. So far, all this helps, and the United States is doing without major problems and clashes with the enemy.

The long-started cooperation with local groups continues. The main allies of the United States remain the "Syrian Democratic Forces", which includes many different groups and formations. Together with them, US troops "guard" Syrian oil and fight terrorist organizations.

In the very near future, the US Congress should approve the new National Defense Authorization Act, after which President Donald Trump will sign it. The defense and security package includes the Caesar Syria Civilian Protection Act (Caesar’s Syrian Civil Protection Act). It is expected that Caesar will become a new way to fight for its interests in the Middle East region. 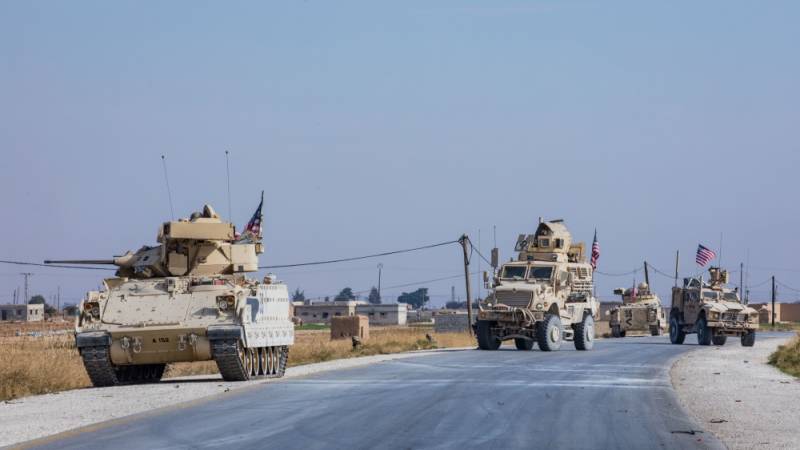 The Caesar Syria Civilian Protection Act provides for the imposition of sanctions on a number of sectors of the Syrian economy controlled by Damascus and the B. Assad administration. Also, measures will be taken in relation to public and private organizations interacting with the Syrian army or participating in projects of the Syrian authorities.

The official reason for the appearance of "Caesar" is called "the numerous atrocities of the Bashar al-Assad regime." Congress - in the person of both parties - has become preoccupied with the problems of the Syrian civilian population and is now advocating a new bill. It is proposed to take measures not only in relation to Damascus, but also to threaten punishment to third countries.

It is curious that the American press has already “exposed” the new Caesar Syria Civilian Protection Act and has probably found its main goals. Apparently, this act is not only directed against B. Assad and the Syrian authorities, but should also provide pressure on third countries.

"Caesar" proposes to impose sanctions both against the "Assad regime" and in relation to any organizations cooperating with it. This means that Iran and Russia may fall under the law. These countries do not share American views, and their actions directly interfere with the advancement of US interests. Accordingly, Washington wants to get an additional lever of pressure on third countries.

After the adoption of the Caesar Syria Civilian Protection Act, the American leadership will actually be able to blackmail foreign states and organizations. They will be faced with a choice: to continue the desired cooperation with Damascus or to endure sanctions. 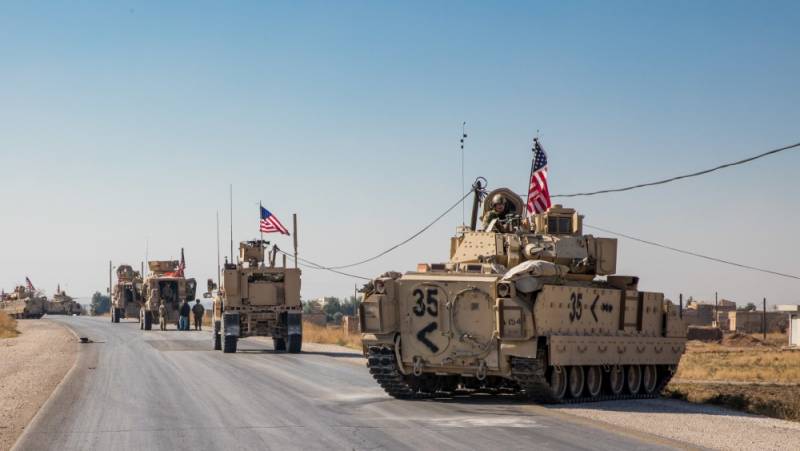 However, the American media also mention a milder scenario. In this case, Caesar should not be a measure of direct impact and a kind of punishment, but an argument in the negotiations. All parties to the current conflict are interested in a bloodless diplomatic solution to the problems, but at the same time they want to secure certain advantages in the current and future negotiations.

Over the past few years, Syria has remained a place of clash of interests of a number of countries - and not only the Middle East region. All of them have their own interests, on the basis of which they support official authorities led by B. Assad or armed groups.

The ultimate goal of the United States is to displace current Syrian power and establish a new controlled and loyal regime. Similar goals are pursued by some other states collaborating with the United States. While the main tasks of this kind have not been solved, smaller, but also important missions are being carried out. In particular, the USA “took protection” of a part of oil fields and, to put it mildly, do not allow oil to be wasted.

To control the deposits and other regions of Syria, the US armed forces deploy separate units, as well as provide support to local armed forces. In recent months, the situation in Syria has changed significantly, but a similar approach continues to be used.

Actual actions carried out by the Pentagon are supported by political and diplomatic methods. Another measure of this kind should be the new Caesar Syria Civilian Protection Act. It is planned to be adopted and put into effect in the very near future. Right after that, Washington will be able to use this tool in new disputes.

Obviously, the US does not plan to leave Syria and lose all the desired benefits. Likewise, other countries participating in multilateral conflict want their benefits. To solve their problems, all these countries use military, diplomatic, economic and other means. In recent weeks, the United States has taken a number of notable steps, and soon it will be possible to observe their real results.