When a fire was liquidated at the Admiral Kuznetsov Tavkr, a soldier was killed 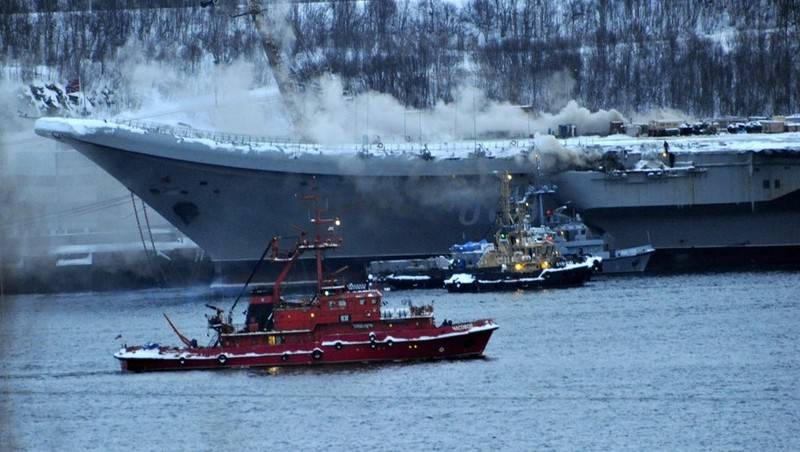 When the fire was eliminated on the Admiral Kuznetsov aircraft-carrying cruiser, a contract serviceman was killed, and one officer is being searched. This was reported in the press service of the North fleet.

During the elimination of the source of smoke, one of the soldiers of the Northern Fleet died. Search for an officer from the survivability service of the ship continues
- said in a statement.

As specified in the press service, a contract serviceman died in the "struggle for survivability of the compartment" and was discovered by a search team in one of the premises. An officer from the ship’s survivability service at the very beginning of the fire decided to go down to the site of the welding work to evacuate the people there.

Search for military personnel by emergency rescue teams did not stop from the moment all the workers left the emergency compartment and the liquidation of the smoke center began
- Said the press service.

As previously reported, on Thursday a fire broke out on the aircraft undergoing repair by the Admiral Kuznetsov cruiser, the area of ​​which reached 500 sq. meters. According to the latest data, 12 people were injured during the liquidation of the fire. The main reason is poisoning by combustion products.

The preliminary cause of the fire is a violation of safety precautions during repair work. A criminal case has been instituted on this fact.