The situation around the retrofitting of the 108 zrp with the S-300ПМ-2 division. A challenging long-range upgrade 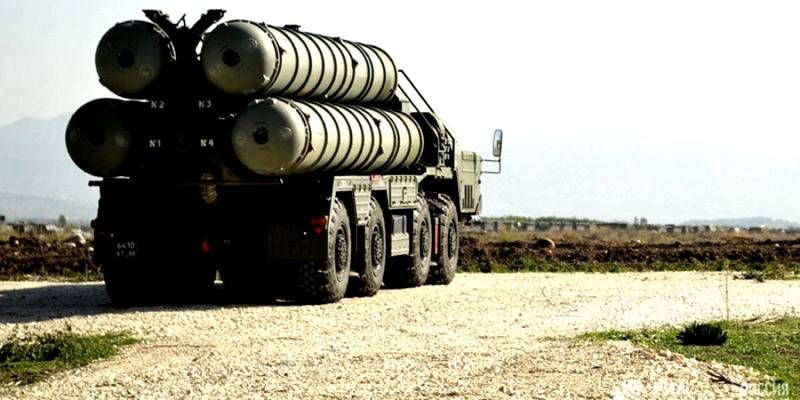 As shown by a superficial review of eminent domestic military-analytical sites, information about the intercession on combat duty near Voronezh (as part of the 108th anti-aircraft missile regiment of the Tula 32nd Air Defense Division) of the long-range anti-aircraft missile system S-300PM-2 Favorit caused some bewilderment among numerous observers aware of the tactical and technical parameters of its more modern modification - the S-400 Triumph air defense system.


In particular, some of the regulars of the Military Review informational-analytical online publication were puzzled by the following question: what criteria did the command of the anti-aircraft missile forces of the Russian Aerospace Forces guide in deciding whether to equip the 108 anti-aircraft defense system with less long-range and interference-free (in comparison with 400 “Triumph”) anti-aircraft missile system C-300ПМ-2 “Favorite”? Indeed, at first glance this issue looks more than relevant, because for covering strategically important military and industrial facilities in the southern part of the Central Federal District, an air defense system is used, equipped with a less "far-sighted" and interference-protected 30Н6Е2 radar and guidance (with a target capture range of EPR in 1 sq. M of the order of 170 — 180 km against 350 — 400 km on the 92Н6E radar of the Triumph complex, as well as a less “long-range" ammunition based on 48Н6Е2 anti-aircraft missiles with a range of 200 km scientific research with 250 km at the "triumph" interceptor missiles 48Н6DM).

Meanwhile, if you look at this situation in the planes of the well-known modernization reserve of the C-300ПМ-2 element base, as well as the level of harmonization of the radio-electronic “stuffing” of the 54K62 combat control station with modern automated control systems for mixed anti-aircraft missile brigades, you can come to a completely different opinion . In particular, despite the fact that the first prototypes of the 30Н6Е2 illumination and guidance radars were manufactured at the end of the 90-s, their radio-electronic architecture was unified as much as possible (by more than 85%) with the elementary more modern 92Н6Е anti-aircraft missile systems with -400 "Triumph."

Both radars are represented by passive phased array antennas with 10000 transmitting-transmitting modules (PPM) of the centimeter X-band and have differences only in the power of transmitters based on pulsed klystrons, which feed certain groups of transmitting-transmitting modules through ferrite phase shifters (92Н6Е radars are equipped significantly more powerful klystrons). There are also differences in the noise immunity of the 30Н6Е and 92Н6Е receiving radar paths formed by the combined use of linear and nonlinear channels for processing radar information.

And if you achieve a significant increase in the energy potential (respectively, and the detection range) of the 30Н6Е2 radar it will be very difficult due to the hardware "sharpening" of phase shifters and klystrons 30Н6Е2 for lower voltage and current, then re-equip the radar data with more advanced devices for processing radar information 92Н6Е radars will be much easier. Moreover, the functioning of the entire abovementioned element base is carried out by means of computing systems of the Elbrus-90micro family in the architecture of both the S-300PM-2 Favorite air defense system and the S-400 Triumph. Consequently, the issue of increasing the noise immunity of the S-300ПМ-2 air defense system can be successfully resolved even within the framework of a short modernization program.

As for the network-centric capabilities of the S-300PM-2 Favorit, they are at the level of four hundred. "Information fields" in general and multiplex data buses, in particular, of the 54K6E2 combat control points of the Favorit complexes are fully adapted to interface with both the automated control systems for the Polyana-D4M1 mixed anti-aircraft missile brigades (they receive target designation from any ground and airborne radar and radio-technical intelligence), and directly with modern all-altitude detectors 96L6 and low-altitude detectors "Podlyot-K1", which increase the efficiency of reflection of all-aspect missileaviation attacks from the enemy.

Finally, another significant advantage of the upgraded C-300ПМ-2 against the background of a noticeably lower cost in comparison with the C-400 Triumph is the ability to adapt the Favorita weapon-control system to the use of promising ultra-maneuverable anti-aircraft guided missiles 9М96Е / E2 equipped active radar seekers of the Slate type and gas-dynamic transverse control engines.

This is indicated not only by the unification of the “Favorites” and “Triumphs” in terms of the used computing systems of the Elbrus-90micro line, but also by the fact of the recent demonstration at the Ashuluk training ground (as part of the Russian-Serbian exercises “Slavic Shield 2019”) of an unusual modification of the launcher 5P85 systems of the C-300ПМ1 complex, equipped with both a transport and launch container with a 48Н6Е SAM, and a quad transport-launch "package" with 9М96Е anti-aircraft missiles.

The probable retrofitting of the S-300PM-1 and S-300PM-2 air defense systems with these interceptor missiles will bring their anti-aircraft / anti-missile potential to the level of the promising S-350 Vityaz air defense systems, allowing them to intercept targets hidden behind the radio horizon, as well as advanced American operational-tactical ballistic missiles "Deep Strike", undergoing field tests as part of the ambitious LRPF project and capable of implementing intense anti-aircraft maneuvers. As for the shorter range of the S-300PM-2 air defense system in comparison with the S-400 Triumph (200 versus 250 km), this problem may well be solved through support from the long-range MiG-31BM interceptors, because the 108th anti-aircraft - the missile regiment is deployed more than 180 km from the Russian-Ukrainian border - outside the range of the S-300V1 air defense missile systems inherited by the "independent" air defense system.