A fire occurred on the aircraft carrier cruiser Admiral Kuznetsov 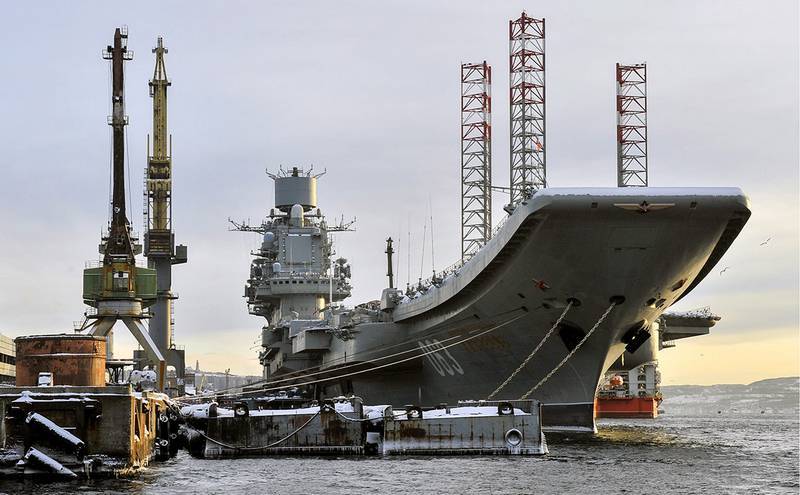 A fire broke out at a major overhaul and modernization of the aircraft-carrying cruiser Admiral Kuznetsov. The cruiser is in the repair dock in Murmansk. This is reported by operational services.


According to available information, a fire broke out in the first energy compartment in 10: 16 (Moscow time). The fire area increased from 20 to 120 square meters. Employees of the Ministry of Emergencies work on the spot, extinguishing using a foam attack. Three victims are reported, they receive medical care.

According to preliminary information, a fire occurs in the first energy compartment, thick black smoke is coming from the upper deck (...) Three of the injured. All of them receive medical care.
- said in a statement.

There is thick black smoke above the deck, and diesel fuel has been reported. Extinguishing is done according to the second level of difficulty.

Eight people were rescued by forces of operational services and firefighters, they were taken out of the smoky rooms. The fate of one person is still unknown. Three more were injured
- leads TASS source words.

The causes of the fire are not reliably known; it is assumed that the fire could have occurred due to safety violations during welding. A special commission will be created on this fact, which will establish all the reasons for what happened.