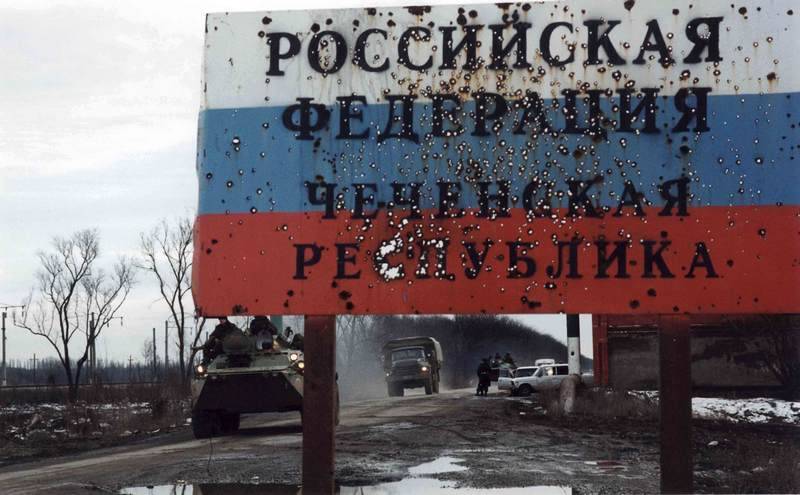 Exactly 25 years ago, on 11 of December 1994 of the year, the first Chechen campaign began: federal troops entered the territory of the Chechen Republic, which at that time was led by former Soviet general Dzhokhar Dudayev. The counter-terrorist operation, which escalated into a real full-scale war, led to numerous casualties among both the military and the civilian population.


The entry of federal forces into Chechnya was carried out on the basis of the decree of the President of Russia Boris Yeltsin "On measures to ensure law, order and public safety in the territory of the Chechen Republic", signed on December 11 1994 of the year.

Our goal is to find a political solution to the problems of one of the constituent entities of the Russian Federation - the Chechen Republic, to protect its citizens from armed extremism. But now the peace negotiations, the free expression of the will of the Chechen people are hindered by the impending danger of a full-scale civil war in the Chechen Republic
- Yeltsin said in an appeal to Russian citizens.

One of the reasons for the outbreak of the first Chechen war is called the sovereignty gained by Chechnya in the 1991 and the “lawlessness” that began after this, coupled with the genocide of Russians in the republic. Dudaev, who led Chechnya, called for gazavat against the Russians "until the last Chechen."

Starting in March 1994, on the 25 of each month, they began to take hostages in one of the cities of the North Caucasus. It was already impossible to endure further. (...) we were directly told that the decision of the political leadership of the country was to prepare an operation to restore constitutional order in the republic
- recalls Anatoly Kulikov, who at that time held the post of Deputy Minister of the Ministry of Internal Affairs of Russia.

According to Sergei Stepashin, who was then head of the Federal Counterintelligence Service (now the FSB), the Russian army at that time was “in a depressed state”, many officers were forced to leave for the civilian due to chronic salary defaults, there were no combat units, so they threw the attack all that was available.

I have all the special forces, you know how many people are left? 27 people (...) Of course, boys should not be sent there, maybe it was not necessary
- he said, adding that the Russian army did not have a normal connection, the Dudaevans were aware of all the negotiations.

At the same time, the Chechens were armed much better, with the latest weapons, which came from abroad, including from Turkey and Saudi Arabia.

The main face of the first Chechen war was the Minister of Defense of Russia Pavel Grachev, who decided to conduct an assault on Grozny and Dudaev’s palace in late December 1994. He promised Yeltsin that he could quickly take the capital of the Chechen Republic. However use tanks during the assault it turned out to be useless: in urban conditions, they became an easy target for militants. As a result of the storming of Grozny on New Year's Eve, more than 1000 Russian soldiers were killed, several hundred people were injured.

Subsequently, the fighting lasted another year and a half with varying success. After the death of Dudaev, Aslan Maskhadov, a field commander and former colonel of the Soviet army, came to power. In 1996, he signed the Khasavyurt Accords, which led to a temporary truce with the federal center, which lasted until 1999 and ended with the start of the second counter-terrorism company.