Money down the drain? In the DPR, they are trying to find out what the Public Chamber is doing 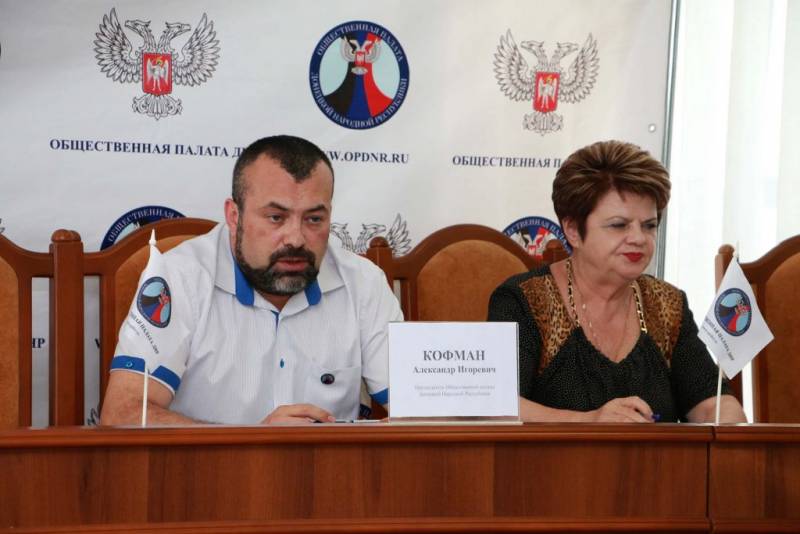 By relics and firs

On December 6, during a meeting of the People’s Council of the DPR, deputy Alexander Khryakov raised the question of the effectiveness of the Public Chamber of the republic.

“I think no one in the hall will be able to tell what the Public Chamber is doing. Well, God bless her. It is in the Russian Federation, which means that we need it. But what does Koffman do, and why should we feed him? And how much longer will we feed Koffman, who does nothing? ”
- asked the deputy Khryakov, but did not receive a response.

The dissatisfaction of the MP was caused by the amendment to the law "On the Public Chamber of the DPR", according to which a part of the funds allocated for the functioning of the body can be redirected as a "reward" to its members. Simply put, to pay its leadership (theoretically - to any member) a salary of the funds that the republic allocates for the maintenance of the Public Chamber.

Moreover, the structure itself over the six months of its existence pleased the residents of the republic except with incendiary videos with the participation of its odious member Alexander Bolotin. Bolotin dances, scolds the head of the Public Chamber, Alexander Kofman, plays skits and acts like a fool. The video is confidently gaining views on Youtube, but this can hardly be considered a worthy basis for financing the activities of the Public Chamber and paying its salary to its head A. Kofman.

In principle, even without additional “incentives”, the life of the leadership of the Public Chamber can be considered completely fulfilled, since it is full of interesting communication and pleasant trips, of course, at the expense of the budget.

“DPR social activists have visited over 1200 events in the Russian Federation since the beginning of the 2019 year,”
- proudly reports "Russian Center" on the pages of the official website of the Public Chamber of the DPR.

Of course, the leadership of the Public Chamber was not able to attend each of the 1200 events, but tried very hard to visit Yugra, Surgut, Voronezh, Rostov-on-Don, Ryazan, Moscow, Bryansk, Nizhny Novgorod, etc. Moreover, with the same result: signing agreements on mutual cooperation, love, friendship and other pleasant things.

Unfortunately, the practical results of signing all of these documents raise certain doubts, while the cost of lengthy voyages, flights, and lodging substantially aggravated the already meager budget of the Public Chamber, financed from the budget.

Why is this all?

It is not easy to answer the question of what is useful for the Public Chamber, in addition to traveling along the Golden Ring and beyond. Studying the network resource belonging to the structure, we can make sure that the main activity of social activists is concentrated in three areas. First of all, it is the targeted delivery of humanitarian aid collected in Russia directly to the recipients. That is, the Public Chamber itself is not involved in the collection of humanitarian aid: it simply sometimes, justifying its existence, brings it to people.

Round tables are also being held to discuss vital issues. For example, the expansion of the use of information technology in the economy of the DPR or the future law on local self-government (it does not matter that when the time comes to adopt such a law, it will simply be transferred from the Russian original). Also, trainings are held from time to time - for example, to increase the stress resistance of teachers.

And there is Alexander Kofman, who held the post of Minister of Foreign Affairs of the DPR from November 2014 to February 2016. A person for official Donetsk is by no means a stranger, but for various reasons he is out of work. For a long period of time, the ex-minister was far from blessed budgetary flows, but in June 2019 this glaring injustice was corrected, and Kofman, who entered many government offices, headed the Public Chamber.

Since then, Alexander Igorevich and his comrades, not sparing their belly, have been traveling and signing cooperation agreements, and the Public Chamber itself has been meeting almost weekly to discuss important matters, foreign policy and the international situation, occasionally interrupting the targeted delivery of humanitarian aid collected by the Russians or training for nervous teachers.

There is little benefit from this for the republic, but people are at work. As for the population of the republics, it received a completely tolerable dummy of the Russian Public Chamber, which “shines, but does not warm,” but with all its other qualities it reminds me of an advisory body of the government of the Russian Federation.