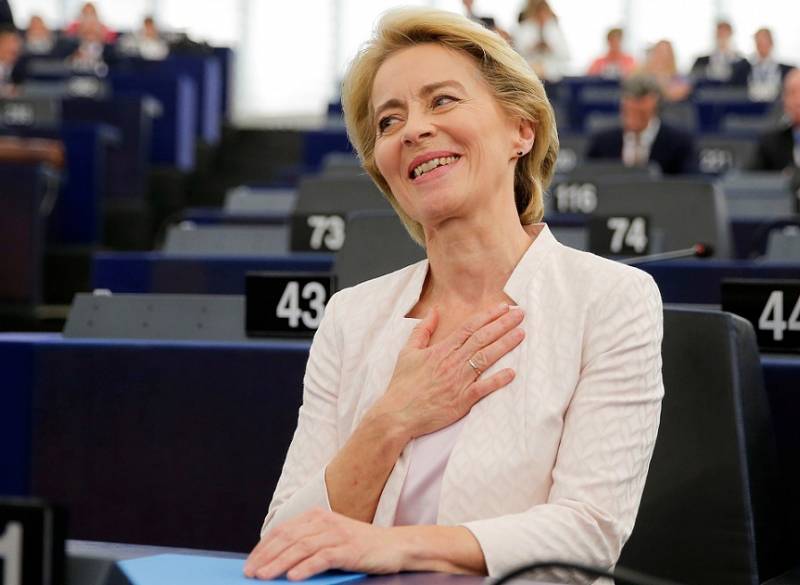 For many years, Europe and the NATO bloc have positioned themselves as the owners of the most powerful armed forces in the world. Widespread advertising of the military technological power of the West even flooded movies in which each ordinary could contact a satellite, control a drone or a coffee machine with equal success. This card hid deep processes, which are considered to be fighting spirit, the absence of which demoralizes the army. So what innovations in moral qualities are grafted to the fighters of tolerant humanity?

Feminization as a guarantee of tolerance


One of the striking cadre forces of inducing the most transcendent tolerance that goes beyond common sense, became ... women. No, Russia is not accustomed to seeing pretty young ladies even in officer uniforms. But always it was either a catastrophic necessity, or through difficult personnel experience. And certainly in Russia there is, at least not yet, a doctrinaire planting of young ladies in the Ministry of Defense. Too heavy история with us.

The West took a different path. For example, in Germany, Ursula Gertrude von der Leyen got to the post of Minister of Defense. From 2005 to 2009, she headed the Ministry of Family Affairs for a year, and from 2009 to 2013, she worked as Minister of Labor and Social Affairs. And now, suddenly Ursula becomes the defender of all Germany, although by profession she is ... a gynecologist! First of all, dear Frau was engaged in the arrangement of a nursery, the arrangement of the barracks and the increase in holidays, especially maternity leave. 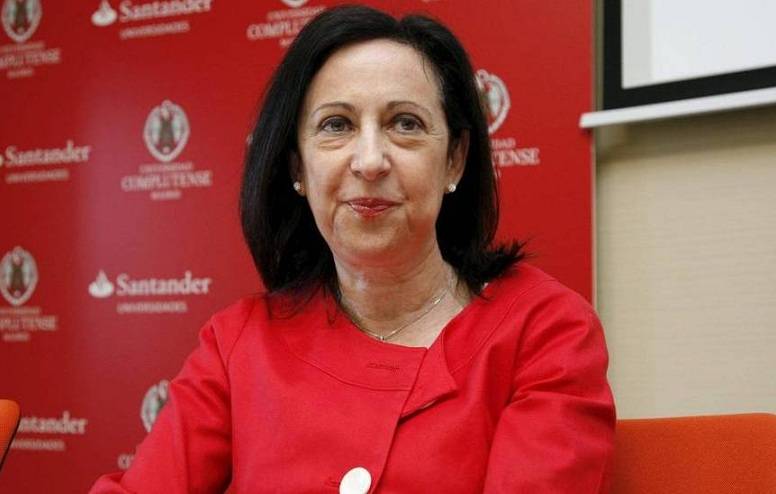 Maria Margarita Robles Fernandez
The next, but not least, is sunny Spain. In the once powerful empire, over whose possessions the sun never truly set, they also took the path of uncompromising tolerance. In June 2018, Maria Margarita Robles Fernandez took the chair of the Minister of Defense. A lawyer by training, at the beginning of her career, Maria was an official bug with hypertrophied ambitions. She has gone from lawyer and judge to the secretary of the Minister of Internal Affairs. At the same time, her political career was forged within the framework of the Spanish Socialist Workers Party. It was the political path that led Maria to the tidbit of the Spanish defense. 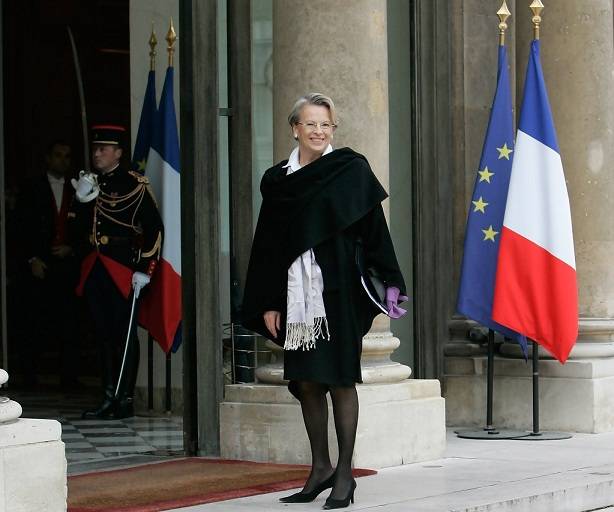 Michelle Allio Marie
This share did not pass by France, which apparently decided to get rid of Napoleonic complexes in a radical way. In 2002, Michelle Allio-Marie became Minister of Defense of the Fifth Republic. Michel is a lawyer, political scientist and legal historian by training, and also has a master's degree in ethnology. Her take-off on the career ladder began with a typical politicking of the Union for the Republic Party, founded by Jacques Chirac. Slowly but stubbornly moving up, she eventually managed to get into the Ministry of Defense. She left this post because of scandalous photos in the press. No, no vulgarity. The minister simply allowed herself on vacation an unprecedented luxury in the style of a crazy empress.

And now we will be transported to the homeland of warlike Vikings - to Norway. Previously, this harsh northern country was famous for its fighters, but now this region, resembling a pension for the elderly, is known periodically for sinking frigates and a wild fear of its eastern neighbor. Oddly enough, but for almost 20 years, this fear was cultivated by four representatives of the fair sex. The first was Kristin Kron Devold - a master of science in entrepreneurship, a sociologist, and at the same time a divorced lady with two children in her arms. After Kristin lost her post of Minister of Defense, she became director general of the Norwegian Hospitality Association (!).

The second was Anne-Grete Ström-Eriksen. By education, the lady is a specialist in the field of information technology engineering, and she was trained, including in South Dakota (USA). In 90's, she became interested in politics. Her journey from mayor’s chair to the post of Minister of Defense took less than eight years.

The third beauty of Norway was Greta Faremo. Greta entered the public service at the Ministry of Finance as a lawyer, periodically combining the work of the sovereign with the efforts to replenish her pocket in the commercial field. However, the first entry into big politics ended in scandal. For 12 years, Greta wandered in the private sector, until in the 2009 year she was picked up and put in the chair of the Minister of Defense. She was an active lobbyist for the purchase of the notorious F-35 for the Norwegian Air Force.

Kristin Krohn Devold, Anne-Greta Stroem-Eriksen, Greta Faremo and Ine Maria Eriksen Soreide
And the last tolerant nail in the cover of the well-being of the Norwegian armed forces drove Ine Marie Eriksen Soreide. And again, before us is a professional lawyer. Even at university, this woman joined the Conservative Party, like the others, alternating politics and commerce. In 2013, she took the post of Minister of Defense and has not left him since.

No, of course, this is not the whole list of young ladies that marked a large-scale phenomenon, called the feminization of the armed forces. In Switzerland, the Ministry of Defense fell under the onslaught of Viola Amherd, in Italy, two Signorins immediately sat in this chair, did not lag behind Italy and Holland, the games of tolerance in the Czech Republic are no less indicative. In addition, European outsiders like Albania, Macedonia, Bosnia and Herzegovina are shaking in the same flimsy "progressive" trolley.

But maybe we are too biased towards progressive trends? And the young ladies described above carried out extremely necessary and important reforms in the armed forces? For example, Ursula von der Leyen was the initiator of the creation and implementation of the course “Sexuelle Orientierung und Identität in der Bundeswehr” (“Sexual orientation and identity in the Bundeswehr”). This innovation was accompanied by an official clarification:

“The implementation of the sexual identity program in the German armed forces is long overdue. A public section extrapolated to the army also shows that relations of a homosexual and bisexual nature arise in the Bundeswehr. In order to take into account the needs for this kind of relationship between individual citizens and military personnel, it is necessary to conduct special training among personnel. ”


And in order to make the Bundeswehr even more “attractive to sexual minorities”, the first lecture of this breakthrough course was delivered by Minister of Defense von der Leyen herself. Ursula generally loves communication, especially in the format of a television talk show or a properly organized photo shoot with her in the title role. 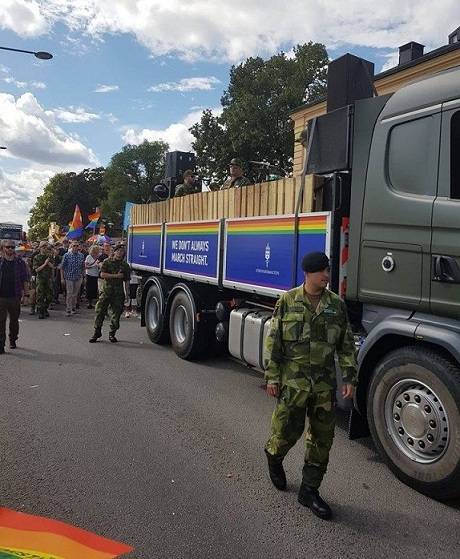 Norwegian soldiers at the LGBT parade
As a result, at the moment, the state of the Bundeswehr, Rupert Scholz, Minister of Defense under Helmut Kohl, describes as follows: "The state is catastrophic." The deputy of the Bundestag, Hans-Peter Bartels, echoes him, stating: "There is not enough personnel, not enough military equipment, and often one deficit overlaps another." And this is not counting the suspicion of misappropriation of the budget of the Ministry of Defense, Frau von der Leyen, who managed to exceed the estimate for the repair of the training ship "Gorkh Fock II" ten times.

Nor are the Norwegian “Vikings” one step behind them. In general, Norwegian officials have repeatedly stated that there is tolerance ahead of the rest in the world. In this doctrinaire frenzy, the Norwegian army got no less than society. To begin with, a uniform sank into the furnace of history. In an impulse to protect the rights of immigrants, the Ministry of Defense at once allowed to wear instead of a statutory headdress turbans, yarmolka, bales and even a hijab for female soldiers. Later, unisex barracks were created, that is, young ladies and harsh men were poured into one pot, which they hastened to proudly inform the whole world.

And, of course, the Norwegian command makes maximum efforts for more comfortable service for LGBT people. Sometimes it even reaches schizophrenia, so to speak, inside another madness. So, in rainbow parades of citizens with sexual deviations, Norwegian servicemen in their uniforms are now taking part. Moreover, the soldiers marched on the first marches almost by order, even representatives of non-traditional orientation, serving, did not want to go out on the street, feeling that someone wanted to use them for their own purposes. 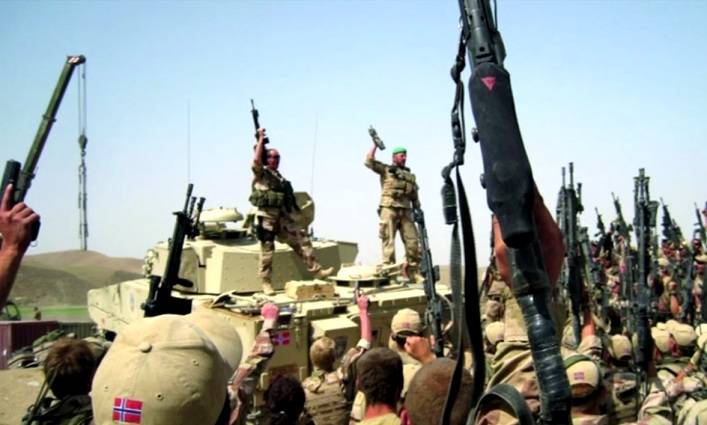 Speech by Rune Weneberg
But this Norway was not enough, so they began to uproot the very harsh heart of the army, trying to drive away even a hint of memory of the Vikings from the armed forces. For example, during the war of the so-called coalition against the Taliban in Afghanistan, ISAF forces included members of the Norwegian Telemark battalion. For the first time confronted with a real adversary, Telemark lost several people killed. Therefore, the company commander, Rune Venneberg, to rally the fighters and raise morale, climbed onto the infantry fighting vehicle and gave a powerful speech, ending: “But you are a predator. The Taliban will be prey. To Valhalla! ”“ (The Taliban is a banned organization in the Russian Federation.) The fighters answered with an approving roar, raising weapon over the heads. Since then, in Afghanistan, skull signs, known as the “punisher,” have begun to appear on the homes of citizens suspected of being associated with the Taliban. The skull itself has become an unofficial symbol of the Norwegian fighters in Afghanistan.

For this, thunder and lightning struck the heads of the Vikings' descendants, which had suddenly become clear in their memory, but by no means from the Taliban. A stream of harsh criticism was poured on them by their own citizens. With condemnation was made not only by society and the media, but even the native Ministry of Defense called on the carpet. Telemark soldiers were strictly forbidden to wear or draw punitive signs and generally quickly forget about Valhalla and so on. 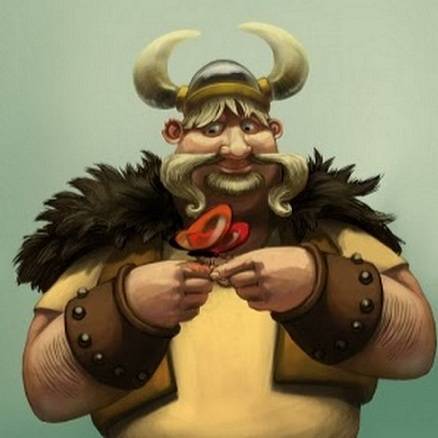 Were the Vikings wrong?
In general, it is now difficult to find a Western European country that marched along the path of the doctrine of imposing tolerance in the armed forces, which would not be pounded in greasy scandals. The main headache of the young ladies from the Ministry of Defense of Spain, for example, was not problems with submarines of the S-80 type (which either surfaced with difficulty or cannot be docked due to size), but heated discussions about allowing women soldiers to do tattoos on open areas of the leg that are not covered by a standard skirt. But the young lady from the Czech Defense Ministry only for the first week with a bloody personnel ax walked over her own general. On the second day she sent three senior officials of the ministry to rest, including the chief of the General Staff.

A natural question arises: maybe in this case it's time to relax a bit, being in the neighborhood with such "reformers"? No matter how. The “progressive" ministers of a new tolerant Europe have several things in common.

Firstly, most of them either worked in the United States or were educated there. Secondly, despite the ostentatious peacefulness and professed tolerance, almost every European defense minister of the new formation considers it his duty to lobby the interests of the American military-industrial complex. Thirdly, no matter what the rights of any minorities might think and protect the above-described young ladies, they supported the coalition forces led by the United States in the Middle East without any questions. Fourth, the persistent washing out of their own traditions eliminates independent goal-setting, which is why the troops are simply turning into a function in the hands of the “necessary” officials. Therefore, you can expect anything from this army: from stupid and dangerous provocations to overtly punitive actions. And to think about the consequences, alas, no one will.