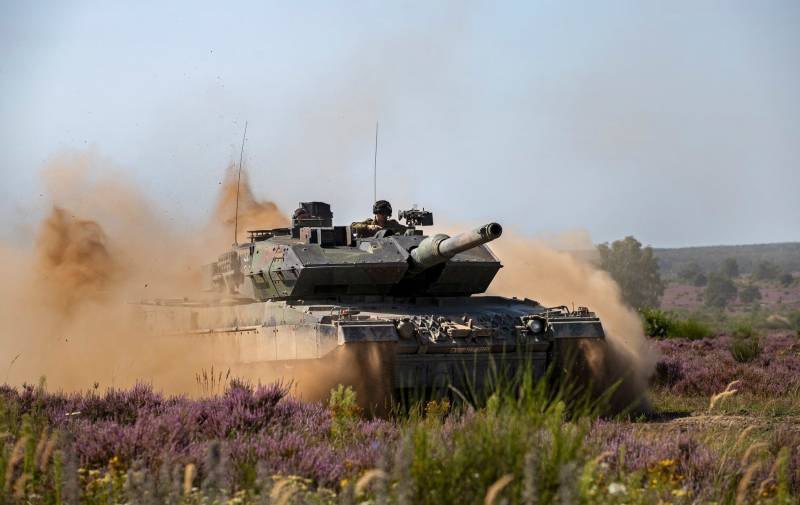 The German Ministry of Defense has officially confirmed that a new generation tank, developed jointly with France as part of the Main Ground Combat System program, will be sent to the troops in 2035. In parallel with this, however, is the modernization of those in service tanks Leopard 2.


In a recent report, the German Ministry of Defense presented a schedule for the next-generation tank program under the Main Ground Combat System (MGCS) project. Earlier reports were confirmed that this platform should enter the troops from 2035 year. By that time, almost 60 years after the introduction of the Leopard 2 tank, even its deep modernization “cannot guarantee that the Leopard 2 is that fighting vehicle that will be able to fully respond to new threats,” the report said.

The successor tank’s successor program was implemented in order to maintain the ability to act “in particular against mechanized and armored forces, as part of the defense of the state and allies.” The project is being implemented jointly with France, but Germany has taken on the main role in it.

The program schedule clearly reflects the planned steps. At the technology demonstration phase foreseen in 2019 – 2025, innovative concepts selected at the national level will be developed as part of a study of the architecture of the future platform. The latter should comply with national and international standards for the compatibility of individual components. The relevant document must be submitted to the German Parliament for approval in the first quarter of 2020.

At the next stage, as expected, in the 2024 – 2027 years, a prototype MGCS will be created to confirm the requirements of the customer organization. It is expected that with the 2028 of the year the tank project will enter the final phase of implementation, and with the 2035 of the year, deliveries of finished vehicles to the troops will begin.

In parallel with the development of the MGCS program, Germany will modernize its Leopard 2 tanks in service. According to the report, during the period from January 1 to September 30 of the current year, the army received part of the ordered Leopard 2A6 MA tanks with a communication system adapted specifically for cooperation with Dutch units.

The report does not explicitly state this, but recently the Bundeswehr also received the first of the tanks of the latest version of the Leopard 2A7V. The modernization of the fleet of these machines continues.