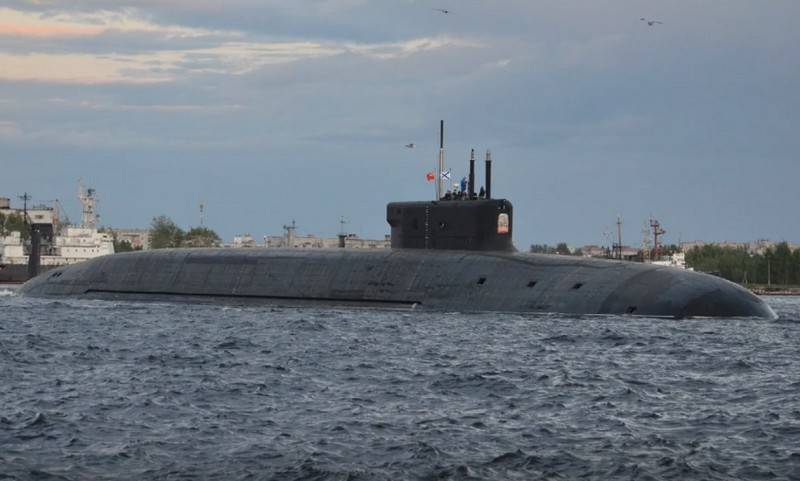 Project 955A nuclear submarine strategic missile cruiser (code Borey-A) Prince Vladimir, who has completed state tests, is located at Sevmash, where he corrects the identified observations. The submarine will be handed over the fleet at the end of December. This was announced by the president of the United Shipbuilding Corporation (USC) Alexei Rakhmanov.


According to Rakhmanov, at the present time at the Sevmash they eliminate the comments revealed during the state tests of the submarine cruiser and prepare the submarine for transfer to the Russian Navy.

Sevmash "completed state tests and eliminates comments, and I hope to hand over the submarine cruiser" Prince Vladimir "
- he said.

According to the commander of the Northern Fleet, Vice Admiral Alexander Moiseev, the transfer of the APKSN "Prince Vladimir" to the Navy "will take place under the Christmas tree," that is, at the end of December this year. The submarine will serve in the Northern Fleet.