Anti-Greta. The new banner of the right movement 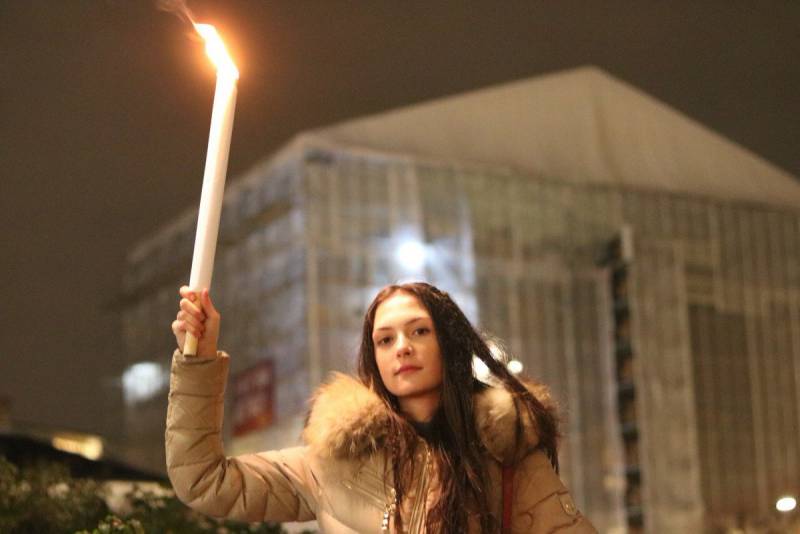 One day they will rise. May be…

She is smart and beautiful, which in itself does not often combine in one girl. She was sixteen years. She lives in Sweden, her mother is Swedish and her father is Iranian. Her childhood passed in the migrant quarter, quite well-maintained (after all, Sweden), but full of problems caused by migrants. She is called "anti-Greta", alluding to the strong difference in the girls' views. Her name is Isabella Nilsson Järvandi.

They talked about this girl relatively recently. And first of all, how about the antipode of Greta Tunberg - another young civic activist who has recently been heard by everyone because of her environmental protests. But Isabella is less interested in the topic of ecology: she talks about the problem of illegal migration, protests against outspoken gay propaganda in Swedish schools, supports the conservative views of Hungarian Prime Minister Viktor Orban, talks about ethnic school gangs and cases of physical and sexual violence in schools that Swedish authorities prefer to close their eyes.

And she dared to say this:

I love my Sweden, and I will seek truth and justice for it. Viking sons and daughters will one day rise. I believe that the gods are watching us and will severely punish traitors.

Even in our country they immediately write down for nationalists and anathematize. And here - Sweden, a society with terminal tolerance, a powerful left-wing radical lobby. Perhaps because of her age, Isabella still does not understand what enemies she is making for herself. And yet you will not refuse courage to her.

In Russia, they started talking about Isabella quite recently, although in Europe they know her a little more and longer: they have been talking about her for half a year in Italy, literally infected with Euroscepticism, in France, where on the forums of supporters of the National Front and Marine Le Pen an image of the heroine has already been created . But the girl and the opponents noticed that her Twitter account was banned under a strange pretext, something like "she is still too small to talk about such things."

More recently, Isabella opened an account on the VKontakte network, which she was recommended as “the most free and friendly.” Alas, so far its activity there has been limited to a couple of posts, but let's hope that Russian network users will be able to melt the Scandinavian ice and make it a regular visitor to the Russian segment of the network.

In fact, Isabella is not as activist as it might seem. She did participate in several demonstrations against Sweden signing the Global Migration Treaty. But in the future, people learned about her position from various interviews that she gave to journalists and bloggers. On the other hand, even in an interview, she was able to so radically oppose the existing system and the entire Western globalist discourse that this in itself attracted the attention of thousands and thousands of people around the world.

Now there are a lot of “analytics” in the network, where the opposition between Isabella and Greta Tunberg, another young Swedish activist, is almost ridiculed. Like, the coincidences are purely passport, but in fact, the girls, each on their own wave, speak on different topics, protest against completely different things and practically do not intersect. This is true, and yet it’s hard to deceive the people, and the spontaneously appeared nickname “anti-Greta” fully reflects the true essence of what is happening. Isabella herself, except that sometimes she makes fun of Greta, without showing any obvious hostility.

They are really radically opposite, they are antagonists in almost everything. Obviously not very smart Thunberg, who was impressed by environmental horror stories, but she had little understanding in this topic, and Isabella, who dared to go against the mainstream, relying solely on her own knowledge and feelings, on her personal experience and understanding of what was happening. Greta, claiming her childhood stolen from her, but a chair for nine thousand euros was seen in her house. And a child from a mixed marriage, who grew up in the not very prosperous suburb of Gothenburg, went to a simple school, where there were many migrants and their children. Probable winner of the Nobel Peace Prize, which PR has been practiced almost from day one by professionals (and very expensive professionals), and as yet little-known girl, who writes mainly about publications considered to be marginal in their countries. 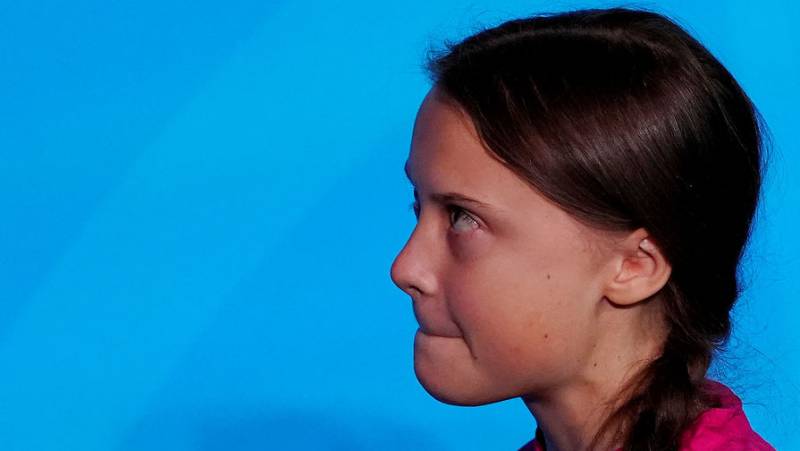 Yes, they are not just opposite, they are somehow defiantly opposite. Freak and beauty, a conductor of other people's ideas and a generator of their own, albeit very obvious to any intelligent person. They differ as two banners of the warring armies, as two symbols capable of raising these armies to attack. And while the banners themselves may well stand nearby in some historical museum, even if they differ only in the arrangement of stripes of the same color - this is not important against the background of the forces that these banners can raise above their heads.

It should be noted that the need for such “banners” has been acutely felt for a long time, and on both sides of the likely confrontation. The main carriers and advocates of liberal ideas are pretty old, have grown out of punk clothes, no longer use “substances” and somehow faded, lost their charisma. Strictly speaking, they won, the liberal dictatorship firmly bound Western civilization, but it is still clear that this victory does not lead to the happiness of everyone and everyone, but only to everyone’s right to euthanasia.

The left army (which, in a sense, is already “right”, since it has long grown together with power and personifies it) is in dire need of a change of banners, and the appearance of Greta Tunberg is not at all accidental - the hands bored by the shaft picked up it dexterously, lifted it to an unprecedented (for child - certainly) height and began to swing, hoping in this way to attract new reservists into their army. And it works: thousands of children around the world, in imitation of Greta, skip school and blame the whole world for their childhood stolen, their stolen future, the impending environmental disaster, and so on.

But the conditionally right army, which is suffering a global defeat, needs them even more. For some time, the Frenchwoman Marine Le Pen became such a banner, but now she is far from being the blonde beauty she was before. And the political image somewhat dimmed amid political scandals and unsuccessful attempts to lead France. Vladimir Putin almost became such a banner, but they were also able to turn it into a scarecrow, a bugbear, which the timid western man is more afraid of than migrants who are in great need right on the Champs Elysees (and demonstratively).

The appearance of such a brave girl, almost a child like Isabella, can inspire confidence in the accuracy of their own thoughts and beliefs. She looks like a fairy-tale boy, shouting “A king is naked!”, And this archetype is firmly seated in the European consciousness, which has not yet been completely mutilated by tolerance. Yes, millions of Europeans are still perplexed by what Isabella once put it this way:

Swedish kindergartens and their books: “I Bella - a girl with a penis”, “And I Linus - a boy with a vagina”. “And I am Tintin and Elsa - I am a boy and a girl or something between.”

They are perplexed, but either simply afraid of persecution, or are so confused by the opinions of various kinds of “authoritative” psychologists, sexologists and other “gender experts” that they do not find the strength or courage to openly express this perplexity. And Isabella is needed here not as an authority in a certain field, but as an example that will convince of the correctness of her views and shame for her own cowardice.

The problem is that the right-wing army is defeated. And people led by herd instinct try to join the victorious side. Alas, those who share the views of the “anti-Greta" have almost no serious media leverage, administrative resources, manual intelligence. And this banner is unlikely to rise very quickly. But it may well turn out that it really will not rise at all ...

In fact, the confrontation that has arisen is already interesting because it can really show whether the spirit of the Vikings has been preserved in the Scandinavians, in the Germans - the spirit of the Teutonic knights, in the Spaniards - the conquistadors, in the Italians - the Romans, or are these just big words. Perhaps the pampered descendants of the conquerors and civilizers will indeed silently watch how the conquests of their great ancestors once again fall under the onslaught of the barbarians, as has already happened in European stories.

Therefore, no matter how interesting the banners themselves, it is much more important to watch the armies that go into battle under these banners. Much more interesting are the events taking place in the world now and their long-term consequences, which, possibly, will eventually lead to the complete collapse of European civilization.

In the meantime, we will rejoice in the fact that among healthy forces, perhaps (I emphasize this word) a banner has appeared.