The third plus OPEC. Why does Russia need gas condensate? 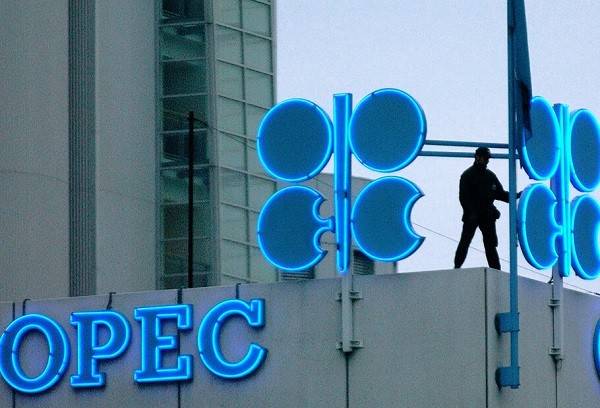 In anticipation of a large-scale hydrocarbon surplus, which is predicted by almost all experts for the 2020 year, the Organization of Petroleum Exporting Countries decided to work ahead of schedule. Two existing agreements on reduction of oil production quotas may be supplemented by a third. Preliminary agreements on this were reached during the December 5-6 meeting in Vienna of the OPEC monitoring committee.

In recent years, a consortium of oil producers, largely due to personal contacts, has experienced a cross between the “blue” and “pink” periods in relations with Russia. Our country, for which the reduction of quotas is, first of all, the most difficult technological task, makes all kinds of concessions, which in other conditions could become a powerful incentive for the development of oil refining within the country.

However, until now, as you know, they did not. Moreover, due to a decrease in business activity and a series of warm winters in Russia, fuel consumption has been growing very slightly for several years. And this further complicates the problem of fulfilling the quota obligations adopted under agreements with OPEC.

In addition, the need to maintain at least minimum production levels in many low-profit wells, which otherwise would simply have to be closed, also plays a negative role. Re-launching them will be justified only in the case of prohibitively high oil prices.

However, the fact that money earned from oil can be directed to "bad" wells, as well as to deep oil refining and exploration, has been said for a very long time. However, even before the discussion in the State Duma, the matter has not yet reached. NWF funds go anywhere, from dollars and euros to loans to foreign countries, but not to increase the efficiency of the most profitable of all sectors of the economy.

Ministers said but not yet

Before entering into another agreement with OPEC, the Russian energy sector made a very important concession from this consortium. More precisely, we are talking only about the equality of oil producers, which are carefully monitored production levels.

Russia has long sought to ensure that the entire volume of gas condensate is not calculated within the framework of its quota. This is customary for the member countries of the consortium, and Russian experts presented the OPEC + monitoring committee with the appropriate methodology. According to the Minister of Energy of the Russian Federation Alexander Novak, the exporting countries from among the members of this committee agreed with this proposal. 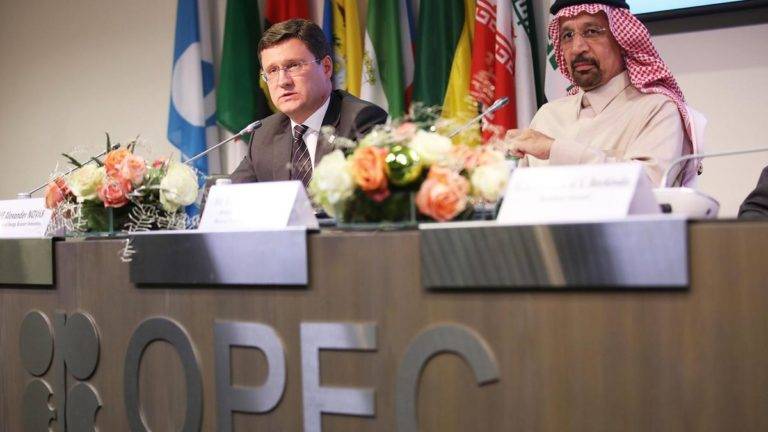 Minister of Energy of Russia Alexander Novak
According to the Russian minister,

Russia has the right to expect that gas condensate will be excluded from the calculation of quotas as early as December, although not all OPEC non-member countries have it. The volume of gas condensate that Russia produced a little more than a year ago, in October of the 2018 of the year when it entered into a deal called “two plus” with OPEC, amounted to 760 thousand barrels per day. They should be excluded when calculating the Russian quota. Given the steady growth in condensate production, this is a very important achievement.

Excluding gas condensate, Russia in November 2019 completed and even exceeded the “two plus” deal, as the reduction in oil production exceeded 100% of the quota. The old oil quotas laid down in it will be valid only until March 2020, and the December meeting in Vienna was already devoted to new standards.

As you know, the current agreement assumes a total reduction in oil production by 1,2 million barrels per day to the level of October 2018. At the same time, OPEC members are short of more than 800 thousand barrels and slightly less than 400 are not members. Of these 400 thousand, more than half of the reduction - 228 thousand barrels is in Russia.

During the negotiations last week, the total quota was planned to be increased either by 400 000 barrels per day, as Iraq and several other oil exporting countries proposed. Tamir Gadban, the Iraqi oil minister, insisted on this on Wednesday, who acknowledged the serious difficulties that his country was experiencing in carrying out an existing deal. 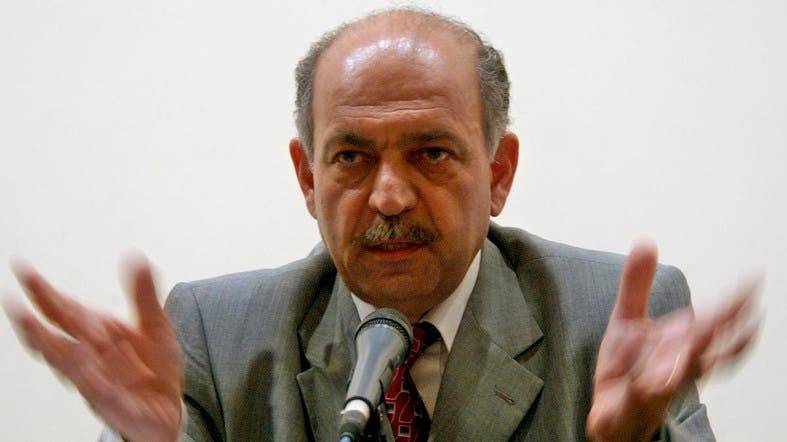 Iraqi Oil Minister Tamir Gabdan
The Wall Street Journal quoted the Iraqi Minister not without sarcasm: “it was estimated that 1,2 million barrels per day is not enough to maintain an acceptable price, an additional reduction to 1,6 million is required.” At the same time, the American business semi-official did not hide the hope that OPEC would not be able to agree not only with Iraq, but also with non-members of the consortium. And this promised a long-term decline in oil prices, beneficial primarily to the United States.

For American oil and gas moguls, now is the time for sobering up after shale euphoria. They clearly fear that OPEC, together with Russia and the other “affiliates,” will suddenly try again to return to extremely hard quotas at the level of 1,8 million barrels minus the level of October 2016. This could again push oil quotes to marks close to 100 dollars per barrel, ruinous for large buyers such as the United States.

Nevertheless, the growth of shale oil production is still continuing, albeit at a slower pace, and at the same time, production is growing due to new projects in Norway and Brazil. But demand can and should even slow down due to a slowdown in the global economy, which is clearly weakened by numerous trade wars and sanctions experiments.

Is it any wonder that on the eve of the Vienna debate, the international energy agency decided to reaffirm its recent warnings about the world's overproduction of oil? The agency recalled that production growth will be primarily in countries outside the OPEC. And already in 2020, the world may face a frightening overabundance of raw materials.

“As a preventive measure, the agreement between the OPEC and non-OPEC countries should be at least extended, and if surgery is required, then it should be supplemented,”
- wrote about this one of the Washington Post columnists.

But the outcome of the meeting in Vienna turned out to be something of a sedative to all at once. OPEC, supported by Russia, persuaded Iraq not to break into battle too much, but at the same time did not intimidate the United States, and in tandem with it was China, the second main buyer of “black gold”. Apparently, the factor regarding the trouble-free placement of shares in Saudi Aramco, this almost monopolist in Saudi Arabia, the almost sole leader in OPEC, also played a role.

Bloomberg experts noted that OPEC + ministers decided to further reduce oil production in general by 503 thousand barrels per day. Of these, 372 thousands were taken over by OPEC members, and 131 thousands of non-OPEC countries, including Russia. This almost accurately displays the total quotas in the middle between the maximum of 1,8 million barrels and the modest 1,6 million, which Iraq initially aimed at.

It is interesting that even the “cold” experts from Bloomberg could not help but pay attention to the fact that the meeting in Vienna turned out to be something like the benefit of Iraq, more precisely, the country's oil minister Tamir Gadban. Commenting on Iraq’s increased commitments, he said the decision was based on market analysis. But he admitted that "we (Iraq. - Auth.) Have difficulties with this, which are associated with internal problems ..." 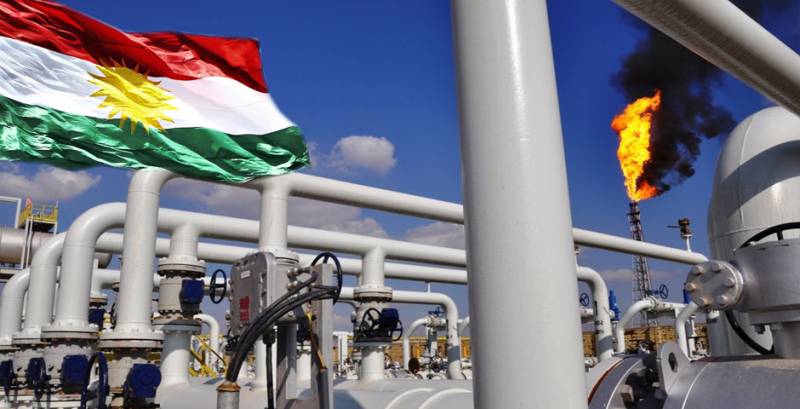 We add on our own that these problems boil down to the fact that OPEC has more than 500 thousand barrels per day that are produced in Kurdistan, but this production is not controlled by the Iraqi government. No way. But Iraq will still have to solve the problem - through the purchase of half of the oil from Kurdistan or by some other means.