Losing the trade war with China, Trump takes out his last trump card 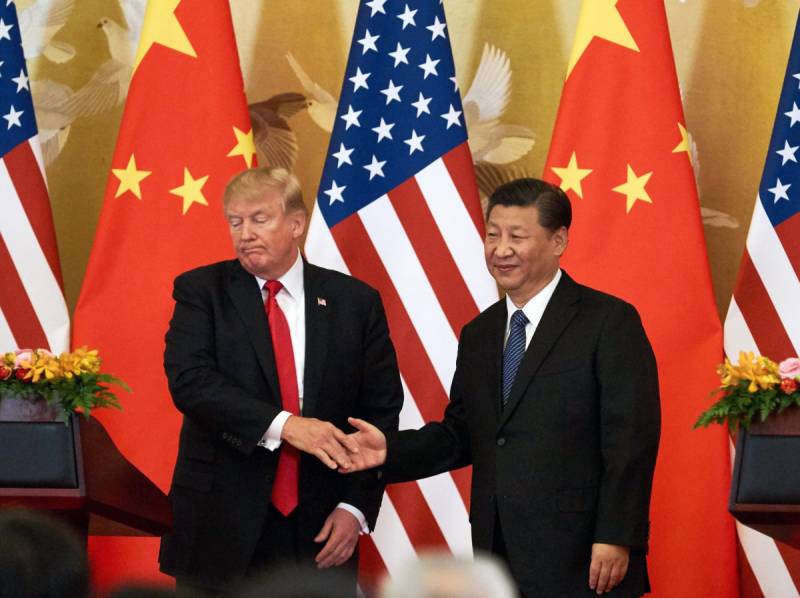 The trade war with China became the main idea of ​​US President Donald Trump. To confront the Celestial Empire, Trump is trying to attract all possible forces and means, including international structures. But will his big-baton policy be successful?

Do not give loans to China!

US President Donald Trump has severely criticized the actions of the World Bank, which has decided to lend to China - annually, until 2025, Beijing will be able to borrow at very low interest rates up to 1,5 billion dollars a year. China is a rich and rapidly developing country, therefore, for a lender such as the World Bank, it is of significant interest.

It is unlikely that Donald Trump does not understand that his country does not have real leverage that could prevent the World Bank from lending to China. But the American president hastened to indicate his negative assessment of the provision of credit - more with demonstration, image-building goals, than for reasons of actually harming the Middle Kingdom.

However, if we talk about a relatively long-term perspective, Trump’s position here seems more serious, since the United States may threaten to withdraw its share from the authorized capital and force the World Bank to not give money to China in the future. But is such a wave of a “financial baton" good for the United States itself? The fact that the trade war has become protracted is understandable, but it is unlikely that Washington will come out of it as a winner, especially if we act in a similar attack.

Whatever economic levers the United States has today, they are no longer able to crush the Chinese economy. But Donald Trump, an adventurous person and inclined to go all-in, may not think about the long term. It is important for him here and now to harm the Chinese, to strike at the most profitable sectors of Chinese trade. But whether he will succeed in this is difficult to say.

Do not forget that China now has a very powerful economy. Without an annual loan of 1,5 of a billion dollars, which is not so much money, the PRC will manage quite well, and in general it can well exist without any financial support from international financial institutions. 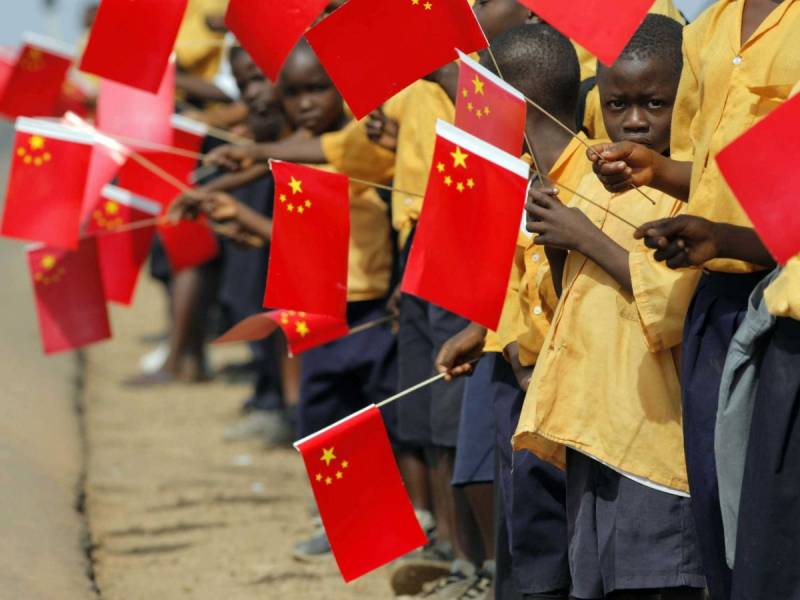 China has a developed industry, its products are in demand in almost all world markets, primarily in such promising ones as the markets of developing countries in Africa, Asia, South and Central America, and Eastern Europe.

In the framework of the budget alone, Beijing spent $ 2018 trillion in 3,267. dollars. Without a half billion from the World Bank, he will live quite well. But Trump believes that any financial preferences for China will increase its economic influence and, accordingly, increase competition and confrontation with the United States. Therefore, the American administration is trying to use all possible instruments of pressure, if only to prevent China from developing its economy more rapidly.

Naturally, in order to weaken the position of China on the world market, the United States will also force its political allies to impose restrictions and duties on Chinese goods. However, here Washington will have to face the fact that not all countries, even with the governments most loyal to the Americans, can afford to limit the influx of cheap Chinese goods.

Many African, Asian, and even European states are so seriously dependent on Chinese imports that a reduction in their quantity can lead to the most dire economic and social consequences. But will Washington understand this or will they continue to put pressure on the allies, demanding that they join the trade war against the Middle Kingdom?

America is mired in debt

But even the inclusion of all American allies in the trade war does not guarantee Washington that he really can win it. China was able to create an economy too strong and today it has too obvious advantages over the USA. 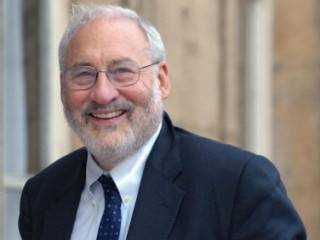 Joseph Stiglitz is a world-renowned American economist and Nobel Laureate in Economics. Not so long ago, he published an article in which he expresses the idea: America could lose the trade war with China.

Stiglitz cites a high level of debt as the main reason for the development of events in such an unfavorable scenario for the United States. Domestic investment in the United States is significantly higher than savings, and this means only one thing - the American state continues to collect debts. The US budget deficit is a trillion dollars. But if Washington creates the conditions for a decline in investment, then economic growth will stop.

It is the United States that is the largest debtor in the modern world, and the American economy is plunging into the debt hole at an increasingly rapid pace. But in order to refinance existing debts, the United States needs to maintain a strong dollar position in the world market, but with this it becomes more and more difficult. It is no secret that many countries dream of ending dollar payments, and some are already taking their first steps towards this goal. For example, Russia has agreed with China on settlements in national currencies.

But if the demand for the dollar as a universal world currency will fall, for the United States this will mean the emergence of additional problems. The “printing press" will no longer be able to ensure the dominance of the American economy and the country will face a serious crisis. China does not have such problems, and therefore it is easier for him to win the trade war, no matter how leverage the American leadership possesses.

However, Washington may well involve political and even military instruments in solving economic problems, provoking wars, conflicts, revolutions, mass unrest in order to weaken the states that are potentially dangerous for the American economy. Among the priority goals is China, a certain destabilization of the situation in which could help the United States slow down its economic development for a certain time and maintain the gap between the two states in economic terms.

What political instruments can the United States resort to?

Since economic measures are not very effective, Washington is likely to continue the policy of non-economic pressure on China. What we see here are the most significant problems of Chinese politics and the direction of possible activity of the United States and its allies? 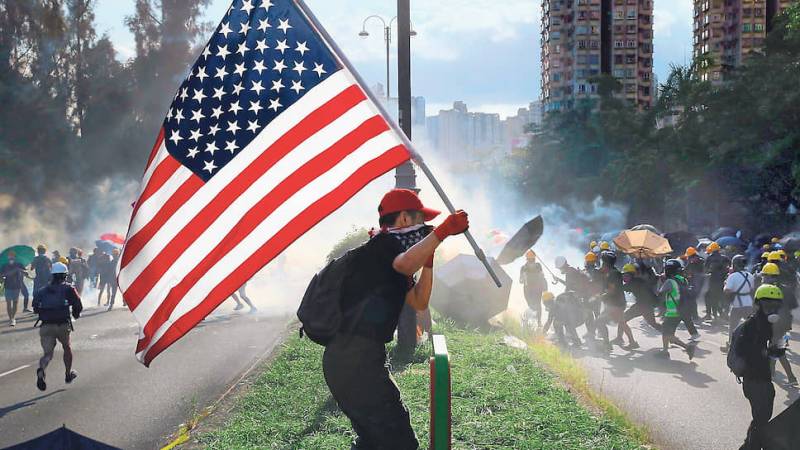 Firstly, this is the problem of respecting human rights in Hong Kong, which the West will now focus on. It is clear that Hong Kong performances are staged in the United States and Great Britain, and the protesters themselves, waving British and American flags, practically do not hide it. The tougher the Chinese government will act in Hong Kong, the more likely it is that the Americans will hide behind the Hong Kong problem and come up with some kind of political sanctions with an economic content.

Many noticed the similarity of the technologies used in Hong Kong with those that were tested by the West during the Euromaidan in Ukraine. The presence of a very large number of coincidences does not allow us to doubt the Hong Kong riots in the American track, and the support of popular rallies in this trading city is carried out not for the sake of a certain love of the American state for democratic freedoms, but only to weaken China.

The second problem is national regions. Traditionally, America does not get tired of reminding China of Tibet and Tibetan independence and the Xinjiang Uygur Autonomous Region. In the USA, they are happy to savor the internal political problems of China, not tire of recalling the existence of at least two large and world-famous national movements - Tibetan and Uyghur, which advocate at least the real autonomy of the two national regions of the PRC, and at the very least - for their separation from China and becoming independent national states - Uyghur-Muslim and Tibetan.

But if Tibet is still a peaceful region, and supporters of Tibetan independence are practically not inclined towards military action, then in Xinjiang the situation is different. Muslim Uighurs are much more active than Tibetans, some of them support radical groups, there are people who have gone through wars in Syria, Iraq and Afghanistan. It is no coincidence that the American press now often publishes materials on the camps that hold Uyghur activists in China and on human rights violations in East Turkestan.

Thirdly, the United States will not fail to take advantage of the situation on the Chinese borders. Now the United States is actively opposing China in the South China Sea, and is developing military-political cooperation not only with old allies like the Philippines and Thailand, but also with new ones like Vietnam. In Japan and South Korea, Americans are not only not going to curtail their military bases, but are also thinking about deploying new missile defense systems there.

A separate topic is relations with North Korea, which will certainly emerge in the context of growing confrontation with China. To the south, the United States will provide comprehensive assistance to India, regarded as a regional counterweight to the Celestial Empire, and may also require Pakistan to decide: either cooperation with Beijing, or American military and financial assistance.

Thus, in any case, the United States will use economic measures in the form of trade duties, restrictions, sanctions, credit bans, and political and even military instruments as a “big stick” against China. It is no coincidence that Trump is now paying so much attention not so much to US participation in military conflicts in the Near and Middle East, as to building up defense potential, which can be used precisely in the confrontation with China and Russia.

The US military command also does not hide the fact that it considers China as the main military threat in the Asia-Pacific region, where there is now quite high tension in the South China Sea. It is for the actions against China that the Americans are building up their naval presence in the Pacific Ocean, as well as developing cooperation with those countries that are unhappy with the policies of Beijing and have historically had difficult relations with the Chinese state (for example, this is Vietnam). 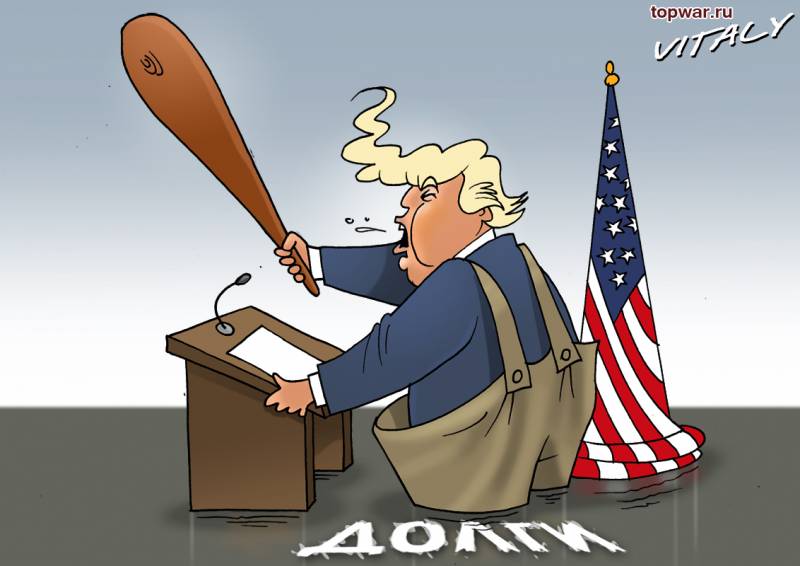