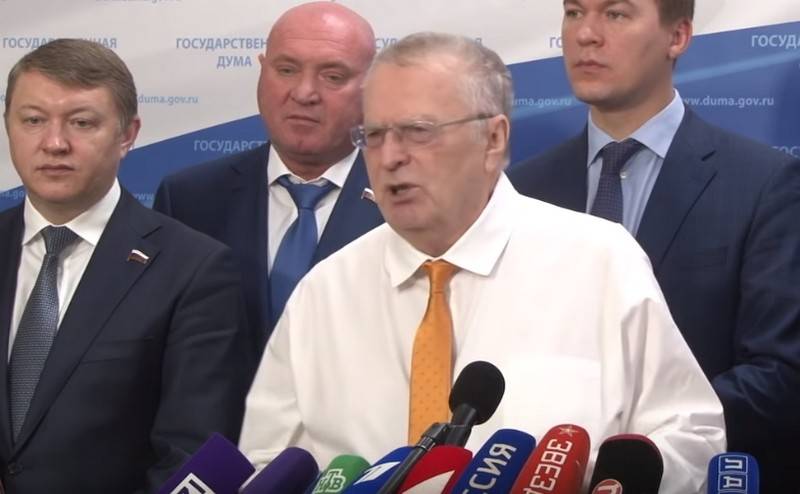 The most terrible crime of Yeltsin was the signing of the Bialowieza Agreement on the Elimination of the USSR. This statement was made by LDPR leader Vladimir Zhirinovsky, making an appropriate entry in Telegram.


Zhirinovsky praised the signing of the Bialowieza Agreement, calling this event "the worst crime in stories Russia ", and the leaders of Russia, Belarus and Ukraine - Boris Yeltsin, Leonid Kravchuk and Stanislav Shushkevich who signed this document -" a bunch of citizens "who did not have any authority to sign the agreement and declare the liquidation of the USSR.

According to the LDPR leader, there was no reason to liquidate the Soviet Union, and the events of the 1991 of the year became a "seizure of power" that "led to violence, a huge number of victims and destruction."

There was no reason for this: neither moral nor economic. Indeed, in the history of mankind, although there have been many military and state coups, no one has ever dissolved the country
- said Zhirinovsky.

Recall that the agreement on the liquidation of the USSR was signed on December 8 1991 of the year at a government cottage in the center of the Belarusian part of Belovezhskaya Pushcha. The document was signed by the leaders of Russia, Belarus and Ukraine - Boris Yeltsin, Leonid Kravchuk and Stanislav Shushkevich. In fact, the USSR ceased to exist on December 25 1991 after the statement by the first President of the Soviet Union Mikhail Gorbachev on the resignation of the head of state.
Military Reviewin Yandex News
Military Reviewin Yandex Zen
123 comments
Ad