Light a new "Maidan" in Kiev. Who needs this? 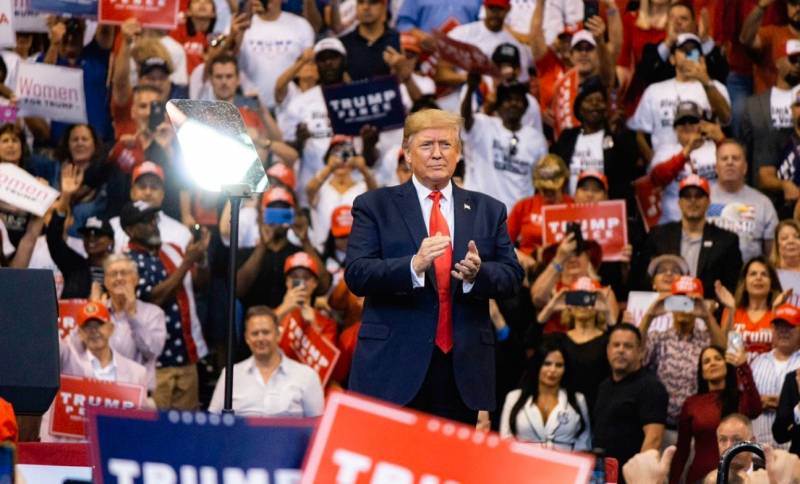 If the "Maidans" are lit, then they have external customers. Euromaidan of 2014 of the year was a US government order, to which Europe joined. (By the way, “Maidan” is a word of Turkic, Tatar origin, which in combination with the “Euro” sounds very symbolic.) The famous American analyst Lindon LaRouche said about Euromaidan in the same 2014 year:

"The United States staged a Nazi coup in Ukraine to break Russia."

Today it is clear that Putin’s Russia reflected this plan in the Crimea and the Donbas, but this does not mean that the United States does not bear other similar plans. In other words, a new American order for Maidan in Ukraine is possible, if only because the fire of the old coup is clearly dying out. After all, five years have passed already! And a lot has changed in the USA, in Europe and in Ukraine.

The US Democratic Party, a specific customer of the Kiev "Maidan-2014", lost the presidential election to Donald Trump, lost the White House and intends to take revenge from Trump in the 2020 election of the year. At the same time, the American Democrats managed to retain the external control of the Ukrainian bridgehead, and it is clear that they will use this resource in the fight against Trump. How?

For example, repeating an order for the Kiev Maidan in 2020: it could be an important argument in the fight against Trump in the presidential race and at least put Trump with his strategy of "getting along with Russia" in a very difficult position. Perhaps Trump and his friends are aware of this, this can explain Trump’s unprecedented advice to President Zelensky at a personal meeting at the UN General Assembly to resolve Ukraine’s issues directly with the Russian president.

Germany with Chancellor Merkel shows her sovereign will and completes the “Nord Stream 2” along with Russia, despite the threat of US sanctions. France, through President Macron, speaks of the need to restore strategic relations with Russia and the "death of NATO's brain." What it is? America’s European vassals are getting out of control and are moving closer to Russia. And they are simply forcing the United States to organize a new “campaign for democracy” in Ukraine, as they like to justify themselves, to protect their national interests in Europe and to prevent the rapprochement of Paris and Berlin with Moscow.

The meeting in the "Norman format" in Paris is an initiative of President Macron, which was supported by Chancellor Merkel, it is logical in the light of the strategy of rapprochement with Moscow. This is a specific reason to start a dialogue with Moscow and move on to a new Eastern strategy, which is real after the lifting of sanctions against Russia. To do this, we need some reason, at least a purely symbolic success in the implementation of the Minsk agreements, in the pacification in the Donbass. For example, to announce the withdrawal of troops in new sections of the front line and the cessation of shelling, that is, open hostilities.

Moscow reacted to Macron's "Norman" initiative with great caution. On the initial proposal to hold the summit in September, Foreign Minister Sergei Lavrov put forward preconditions: Kiev must sign the Steinmeier formula and withdraw troops at three points in the Donbass, thereby fulfilling the decisions of the previous “Norman” summit from 2016 of the year. Paris’s hopes that Moscow will forget the decisions of the previous summit over the past years have not been realized.

Paris and Berlin put pressure on President Zelensky, and he hardly, but fulfilled the preconditions of Moscow, the meeting in the "Norman format" was agreed on December 9, although it could be held in September. Moscow clearly does not force the “Norman process”, why?

The "Normandy" meeting in Paris will be used for their own purposes by various political forces in the USA, Europe and Ukraine, and it is difficult to say what processes it will begin. Formally, everyone welcomes her, President Trump has just placed great hopes on her, all but the US Democratic Party, from her warm words to the "Normans" are somehow not heard.

The draft document following the results of the meeting of the "Norman Four" in Paris is already well known in general terms; it is not at all breakthrough, in fact, it fixes the current state of affairs in the Donbass. The biggest result of this summit will be the fact of its holding. And interested forces can interpret it as they wish. It can become a "bone of contention" ...

Some observers believe that at this summit, President Zelensky will turn into a “political corpse,” in Kiev, nationalists of all stripes can declare him a traitor who has surrendered to Putin, and begin to rock a new maidan, the US Democratic Party may be the external customer. Moscow considers the scenario of the new Maidan in Kiev, apparently, real, therefore, delaying, as it can, the Paris meeting in the "Norman format".

Maidan, like any coup d'etat, is a special operation that requires some time to prepare and create the appropriate conditions. The first step to a new Maidan in Kiev can be considered bringing to power a young and inexperienced President Zelensky. President Poroshenko could well keep his power, and only the resolutely shown will of the US State Department, backed up by the forceful support of the Nazi Interior Minister Arsen Avakov, led to Poroshenko’s “democratic” defeat in the elections and Zelensky’s victory. This creates the conditions for the victory of the new Maidan, since it is much easier to demolish Zelensky than Poroshenko. The main condition for any coup is a weak head of state, and it has been achieved by bringing former showman Vladimir Zelensky to power in Ukraine.

Almost immediately after Zelensky’s victory in the elections, radical nationalists like Parubiy began to make him “a second Yanukovych”. Zelensky evades the accusations of nationalists, becoming "the second Poroshenko." However, ardent Nazis still do not believe him, and most importantly, there is, apparently, an order from the United States for a new Maidan. Therefore, no matter how Zelensky resists, a second Yanukovych will be made of him.

"Mini-Maidan" regarding the signing of the "Steinmeier formula" shows how they will do this: constantly shouting about "zrad"! The Paris summit may be the reason for Zelensky’s new accusations of “harassment,” because nationalists are demanding that he “demand the complete de-occupation and return of Crimea.” And if Zelensky “surrenders to Putin,” they threaten the Maidan. And to decide: Zelensky capitulated or not, the radicals themselves will be. But what will Zelensky achieve in Paris? Then why did you go to meet with Putin? Agree on a new troop deployment in the Donbass and gas transit on Moscow terms? Here is the new "zrada". On December 8 in Kiev on Independence Square, opposition parties to the Zelensky Party announced an indefinite rally ...

Perhaps President Zelensky made a mistake by accepting President Macron's proposal for a new meeting in the "Norman format." Any meeting with the Russian president may be an excuse for nationalists to speak out against him. Moscow probably understands this and drags out this meeting, but they cannot cancel the “Norman format” at all. Nevertheless, a personal meeting between Putin and Zelensky in Paris is allowed, although it can only worsen his situation. This is an additional risk, but Moscow is taking it, because there is nothing to lose? Perhaps Putin wants to warn Zelensky about something in the end.

So, the nationalists in Kiev want to regain full power, the US wants to prevent the establishment of relations between Russia and France with Germany. A new, moreover, armed “Maidan” in Ukraine can drive a good wedge between Moscow and Berlin with Paris. Nothing new, the USA acts according to the old principle: with a black sheep, even a tuft of wool is a new “Maidan”, and what will happen to Ukraine and Europe after that is not important.