The devil is in the details: almost the same Ju.88 and He.111 bombers 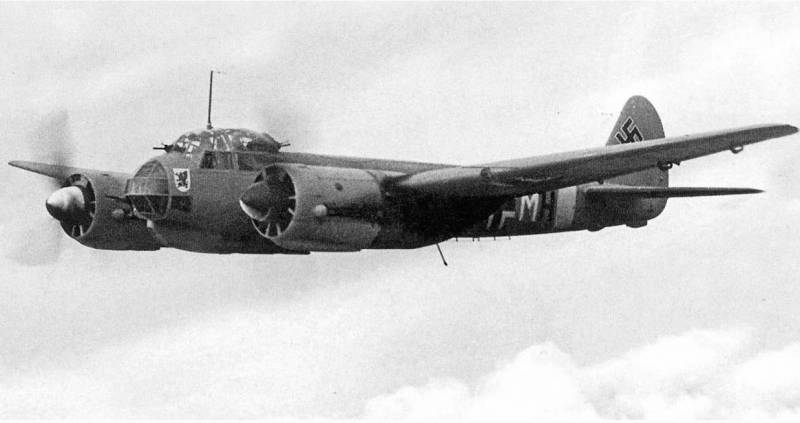 Combat aircraft. Comparisons. Indeed, it’s worth considering this question: why did different countries have different approaches to the creation of airplanes? If we take Germany as an example for analyzing a flight, then there really is a certain oddity in that two almost identical planes were in service almost simultaneously.


The code word is “almost,” for the devil is in the details.

Yes, if you take the same Britain, it is, on the one hand, still more interesting. “Whitley”, “Blenheim”, “Wellesley”, “Wellington” - this is just what fought from medium-sized bombers. The Americans had about the same thing, we don’t even talk about Japan, there the fleet and the army were making fun of whoever.

So, perhaps, the USSR and Germany were just the exceptions. In general, we bombed the whole war on Pawn; the Germans still had a variety of assortment.

Three main attack aircraft. The diving bomber Ju.87, the horizontal He.111 and something like the mid-universal Ju-88. If everything is absolutely clear with the first, it’s a pure dive, then with two others ...

He could dive. Therefore, there was even a version of the dive bomber, in spite of the fact that the dive very heavily loaded the frame of the aircraft, which was obviously not originally designed for that. But what to do, in the wake of diving hysteria, and not such projects have met. So the pilots of the Luftwaffe did not really like the 88 as a dive pilot.

Since the 1943 of the year, instructions have generally been issued that prohibited bombing from angles greater than 45 degrees. So the Junkers dive turned out to be so-so.

In fact, we are considering two “smooth” bombers. And if so, it’s worth trying to find the differences. Consider He.111h-16 and Ju.88a-4, they are the same age, and were used in the same roles. Ju.88a-4 was still trying to show something there like a dive bomber, but it was on it that bans and recommendations began.

Let's start with the mass. The maximum take-off (namely, it interests us, an empty bomber is stupidity) their mass is about the same and is equal to 14 tons. The empty one is heavier than the Junkers, but this is normal; it was created as a military aircraft, and not as a passenger or mail.

Wings. It is quite natural here that the recognizable Heinkel wing is much larger than that of the Junkers. With almost the same scope, the Heinkel wing area is considerably larger: 87,7 sq.m. against 54,5 at Junkers.

10 "horses" ... Not very important, in my opinion. But - look at the speed characteristics.

Here it is, the passenger fuselage and the large wing. The Junkers are a little faster, not critical, but still, the 30 km / h is not a god knows what figure, but it can prove to be deadly useful. In the sense that it was more difficult to catch up with the Junkers.

Range. 111 / 88: 2000 vs 2700. Again, it is explained by both a more successful layout and volume of tanks, and aerodynamics, which at Junkers was clearly more advanced and modern. And - again - not passenger.

The practical ceiling is the same, 8500 meters. Which is not surprising with the same weight and engines.

By and large, two aircraft, different in appearance, but completely identical in essence. We go to the next section. 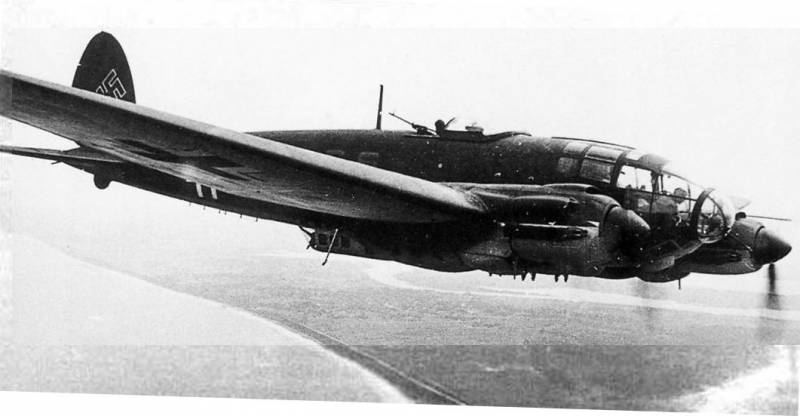 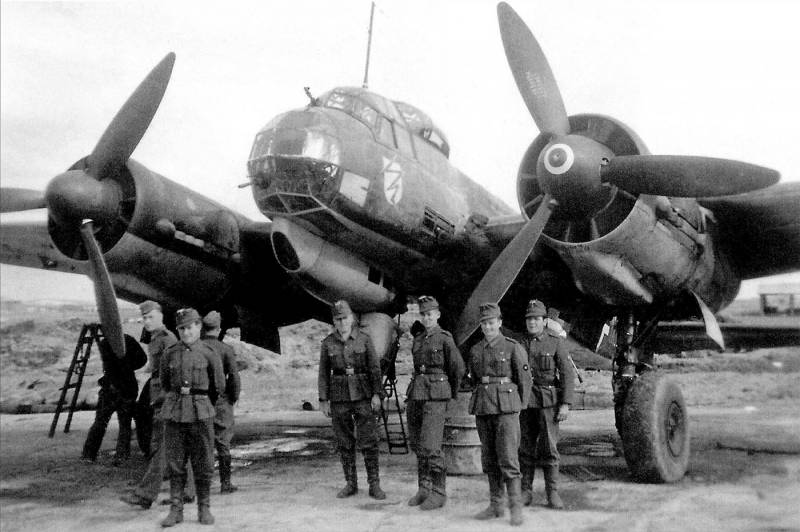 Definitely, the Heinkel looks a bit farther, and, according to the memories of our pilots, it was so. And another big plus: Heinkel did not have “dead” zones at all. In any projection of the enemy met machine gun fire, or even several.

But this also applies to the Junkers. Where the weapons were even weaker. 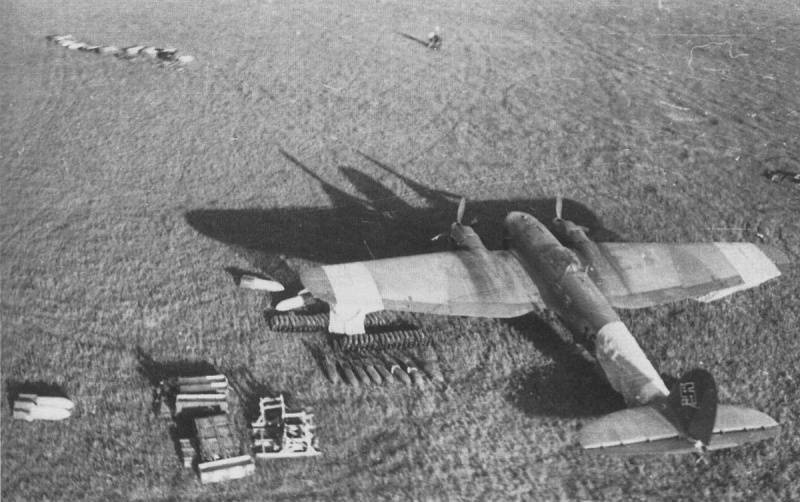 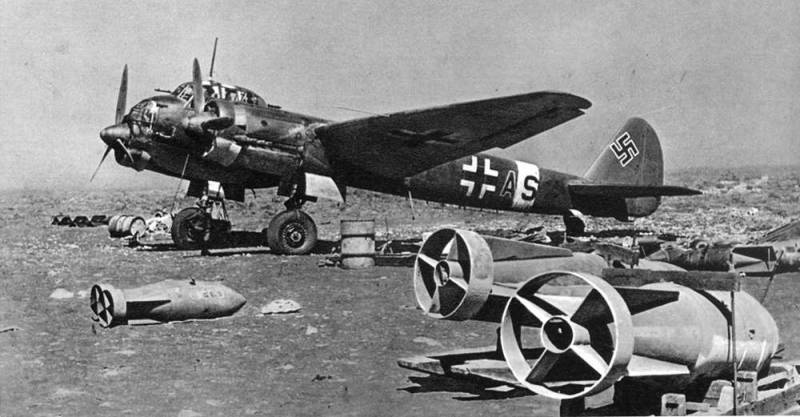 Equal? Basically. That is, 3 000 kg could carry off and somewhere to dump out each of the aircraft. The only difference is that the Heinkel could carry heavier bombs. That’s the whole difference. 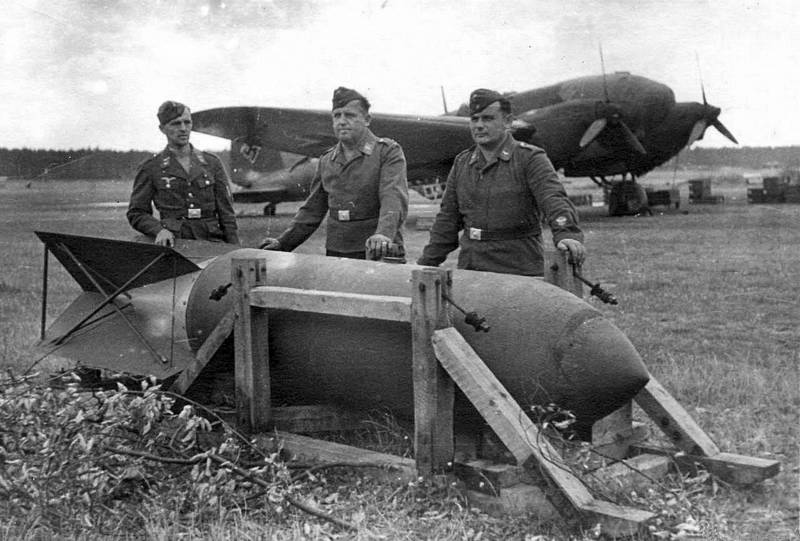 Finally, the last figure that explains a lot. This is the number of aircraft released.

Actually, this is where the clue lies. The Heinkel, which had been commissioned at 3 a year earlier than the Junkers, was a dual-use aircraft, and in fact, did not differ much from its counterpart. But - was different. As can be seen from the numbers, he was not as fast as the Junkers, but was appreciated by the pilots for excellent handling.

The Luftwaffe actually received two aircraft, not very different in performance characteristics. The only difference was precisely in the application as bombers. Heinkel could carry larger bombs than the Junkers. But the latter carried a bomb load further and faster. 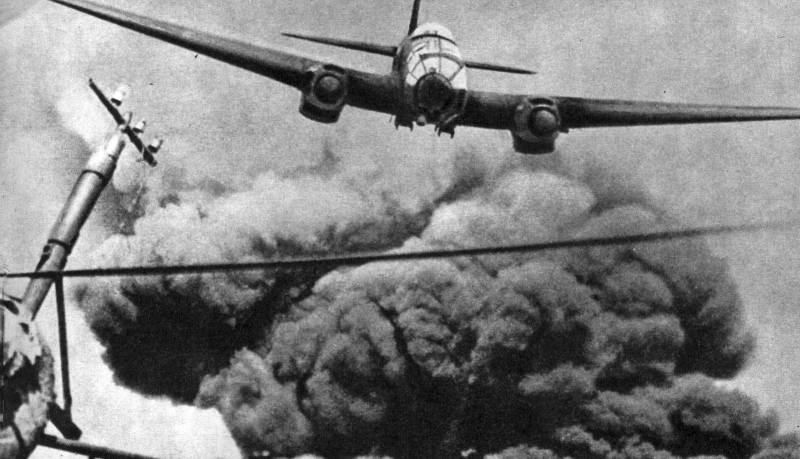 Even the torpedoes both aircraft dragged and dropped quite properly. There is another difference: the Heinkel did not make a night fighter. And both were not really able to dive. More precisely, one did not even try to do this, the second ...

Here it is better to refer to the released modifications. Yes, they are very similar in many respects, but if you put everything together, this is the situation. 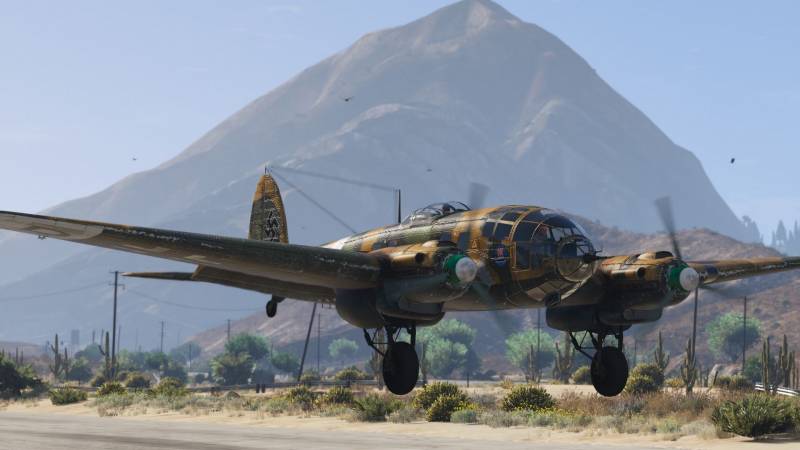 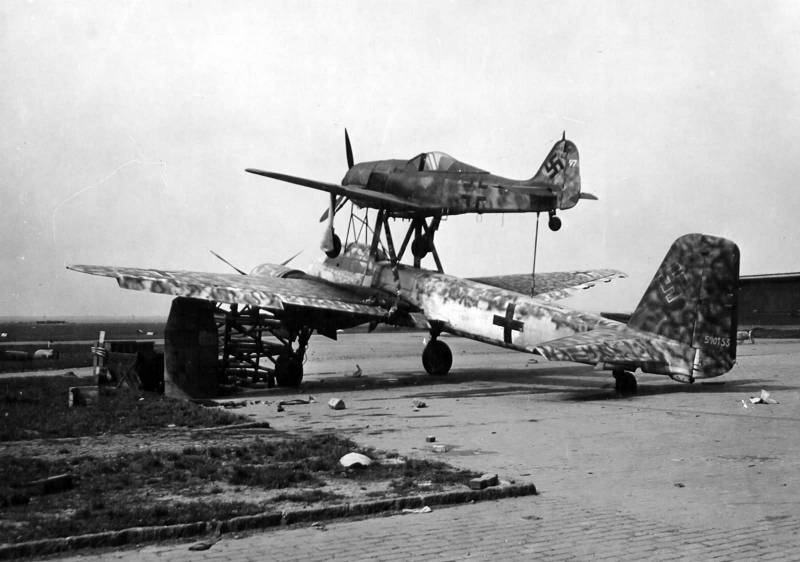 On the whole, there is an imbalance at Junkers in the direction of combat modifications, which required a faster and more maneuverable aircraft, and Heinkel occupied the niche of a military and transport aircraft, which was primarily due to its fuselage.

And at the same time, both regularly dropped bombs and torpedoes.

In general, the Luftwaffe made the right choice, in my opinion. 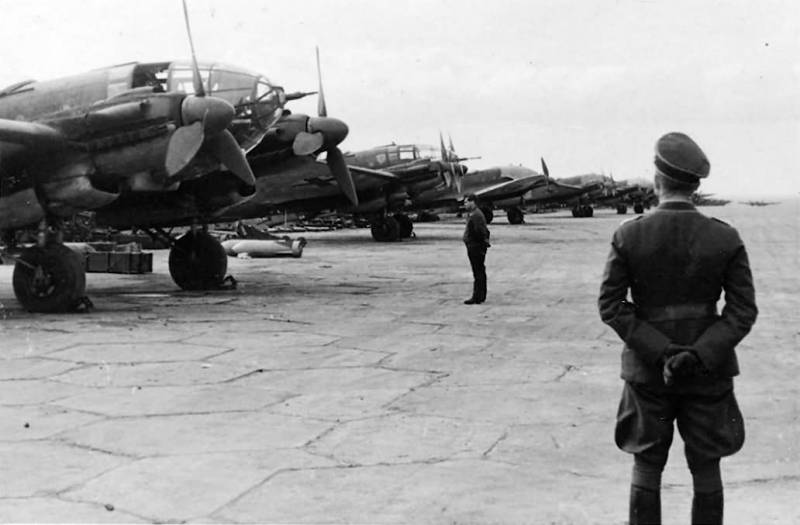 A more advanced and modern Ju-88 was produced wherever possible, since it was declared a priority machine for the Reich, and Heinkel factories, so as not to stand idle, were loaded with an assembly of familiar and familiar machines, Ne.111.

Could Heinkel's factories be loaded with the release of Junkers? It’s easy. The Germans quite normally did this with the Messerschmitts, and not only with them. And release not 15 thousand 88's, but all 20.

I did not find any differences in tactics of application, it generally did not shine with the Germans in diversity, unlike the modifications of the aircraft. But this is not the point.

The main thing is that the Germans were able to afford to produce two almost identical cars, which were different in design and other components. But if something happened, each of the aircraft could easily and naturally fulfill the role that was currently more necessary. 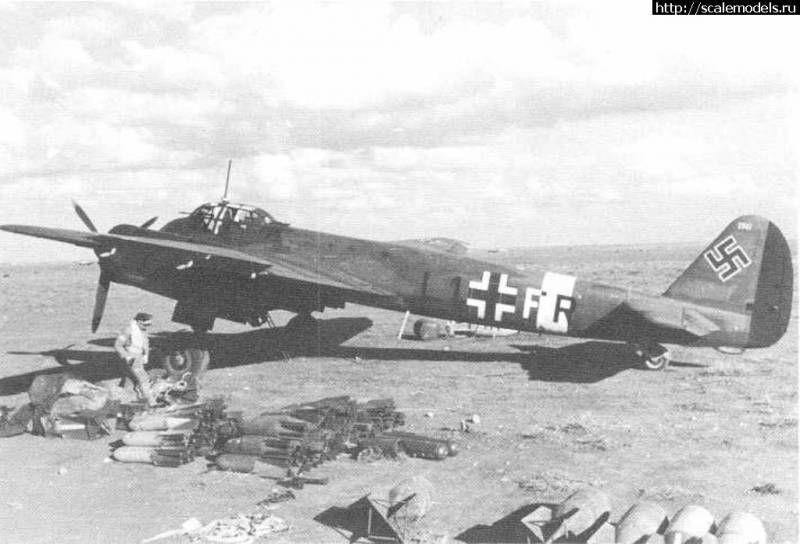 Alterations of German aircraft in the field using rustsatz kits were quite commonplace. This practice made it possible to quickly respond to emerging needs for aircraft modifications and solve them as they appear.

Not a panacea, but quite sane.

If we take as an example for comparison the USSR, where there were also certain problems with aircraft, then we generally prefer to postpone and close all issues related to the production of bombers.

In fact, the entire Red Army Air Force war was pulled by two attack machines: the Il-2 as an attack aircraft and the Pe-2 as everything else. Dive, smooth bomber and so on. Well, yes, on the old reserves and Lend-Lease there were some attempts to torpedo Aviation. Long-range aviation was rather a tick in the total mass.

11 500 units of the Pe-2 look quite serious even in comparison with the production figure of medium-sized bombers in Germany. Very significant, especially when you consider that we did not wage a war on three or four fronts.

But to compare the payload and the range is also not worth it, very much not in favor of the Pe-2. But he, however, was not an average bomber.

The Red Army Air Force preferred one aircraft for all occasions. The release of all other aircraft was virtually discontinued, and all the "additional" were set aside. Ar-2, Ep-2, Yak-4, Su-4 and so on.

Plus, with modifications Pe-2 also did not particularly strain. Five at Pe-2 and three at Pe-3. It is worth comparing with more than twenty modifications of Ne.111 that went into the series?

Compare, of course, is not worth it. That was its point. One plane - one set of problems. You must admit that even with the engines from Junkers, the 111 and 88 were different planes that required different knowledge and approaches. 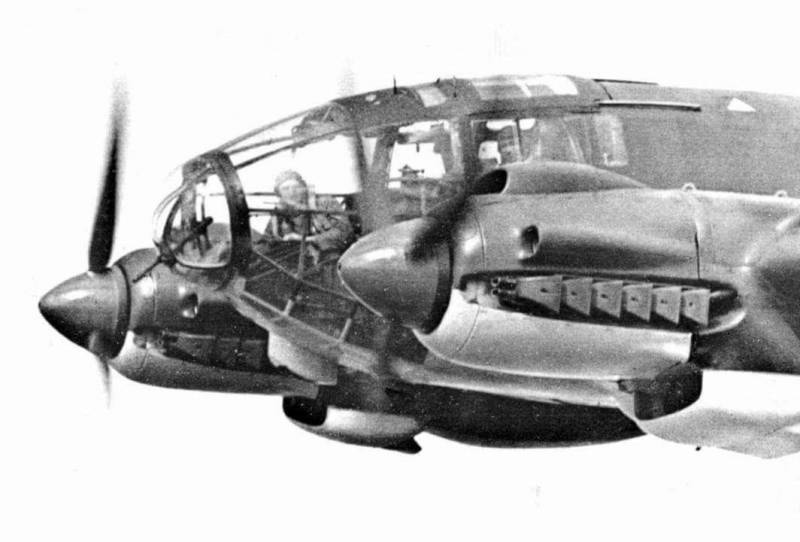 Apparently, the Luftwaffe found it possible to apply such tactics, and to the detriment of uniformity to get an additional 7 of thousands of aircraft. This is not counting the Dornier, which also built medium-sized bombers.

It is difficult to say how successful this practice could be, simply because despite more than 30 of thousands of bombers of all types fired, Germany lost the war. So the tactics of one plane could also play, but the practice of two, which could be redesigned into anything, is also quite justified.

So figuring out who was the coolest of our couple is a rather ambiguous task, because both aircraft were very useful both in their intended purpose and in additional ones. 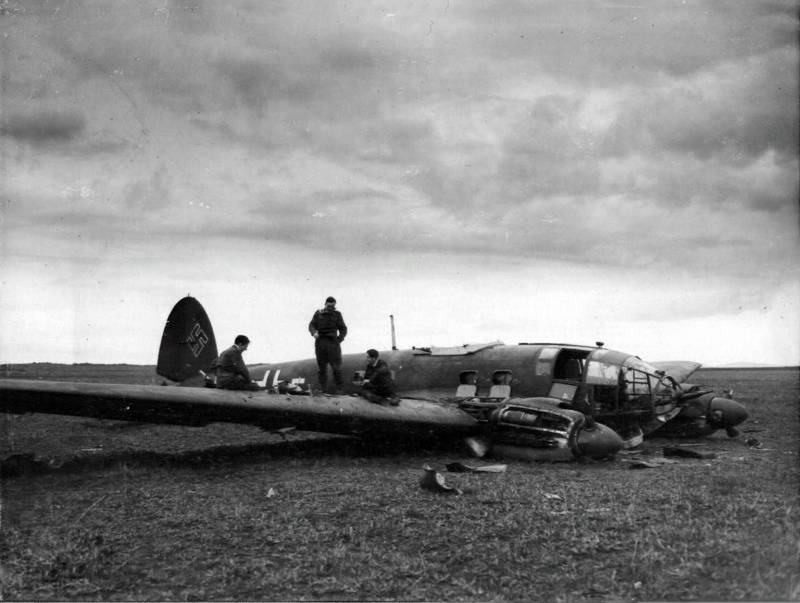 True, this did not help much in Germany.