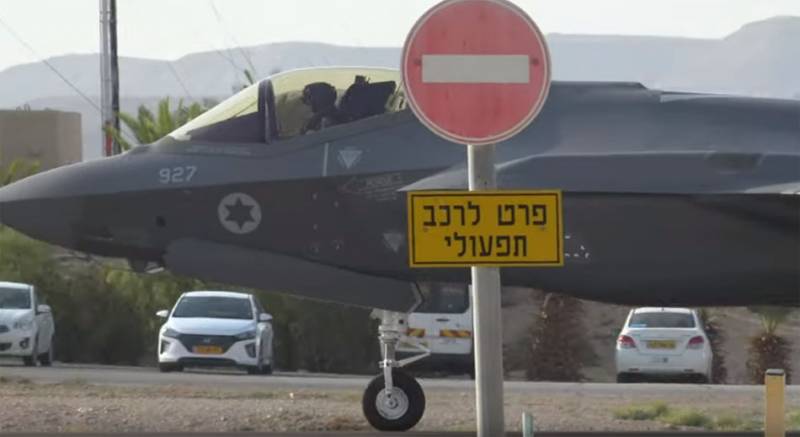 The American press asked whether Israel could turn its latest weapons into aviation into an element of the nuclear triad.


Such a question is asked on the pages of The National Interest, where the author initially ranks Israel as a nuclear power, despite the fact that this country does not officially recognize its nuclear status.

NI considers the situation with the saturation of the IDF air fleet with American-made F-35 aircraft. Over the next five years, the F-35 Adir fleet is expected to reach fifty.

And if the Israeli authorities want to equip these aircraft with nuclear bombs, then who can stop them from doing this?
It is further noted that Israel is quite ready to use fifth-generation fighters as carriers of nuclear weapons - including to maintain military superiority in the region.

These statements are actively discussed in the Israeli media. So, on Israeli TV (9 channel) they reminded that Israel de jure has no nuclear status. Nevertheless, excerpts from the article in the mentioned American edition are given. So, a statement is published that says about the presence of submarines (class "Dolphin") and mine-based missiles with nuclear filling.

F-35 may be the latest addition to the aviation part of the Israeli nuclear triad.
It is recalled that at one time, the Americans delivered A-4 Skyhawk and F-4 Phantoms to Israel, provided that he would not use them as carriers of nuclear weapons. There are no reports that F-35 shipments are subject to the same conditions.

In the US, they plan to equip their F-35 with tactical nuclear bombs B61-12. And one of the ways Washington could try to prevent Israel from transforming its F-35 into nuclear weapon delivery systems is to prevent it from making any changes aimed at turning Adir aircraft into nuclear-weapon carriers.
It is also noted in the material that if Israel places nuclear weapons on the F-35, then it will have a means of breaking through the defense of Iran’s air defense with a nuclear component, which will be a trump card in the confrontation with the "Iranian regime."
Military Reviewin Yandex News
Military Reviewin Yandex Zen
59 comments
Ad