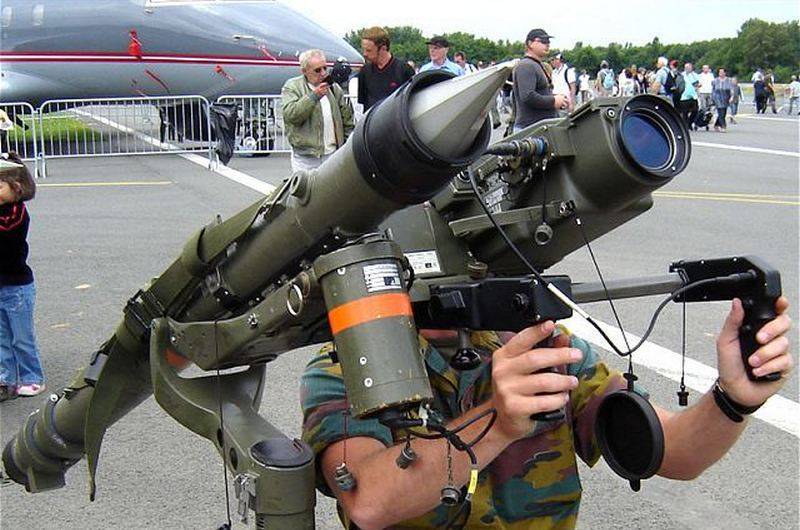 The Ministry of Defense of Serbia has confirmed the purchase of two variants of the French Mistral-3 short-range anti-aircraft missile system developed by MBDA, the contract for which was signed in mid-July this year.


As previously reported, the Serbian military will receive a French air defense system in two versions: as a portable anti-aircraft missile system, as well as in the form of an integrated Serb production Pasars-16 integrated into a self-propelled anti-aircraft missile system (SAM) to provide air defense for armored and mechanized units directly in combat orders with the ability to hit ground targets.

The delegation of the Ministry of Defense of Serbia, at the invitation of the MBDA group, recently took part in the test firing at the Sardinian training ground with the use of the Mistral-3 air defense system, where it was convinced "of the quality of the ordered complex, as well as of the possibility of its integration into the national PASARS system".

MANPADS "Mistral" - developed by the French short-range air defense system, designed to engage air targets at altitudes up to 3 km. Unlike the first and second modifications, Mistral 3 missiles are capable of hitting not only low-flying targets, but also surface high-speed ones. It is highly resistant to passive and active electronic interference, can be used at any time of the day and in any weather.

What is important for the Serbs, the complex is integrated into various hybrid combat systems. With its help, Serbia wants to modernize the domestic PASARS-16 "Terminator" air defense missile system, which is a modified module armed with a Swedish 40 mm automatic anti-aircraft gun L70 Bofors and two launchers for launching RLN-IC missiles, which are a modification of the Soviet aviation R-13M (R-13M) air-to-air missiles.