Trump: We will do whatever we want with Syrian oil 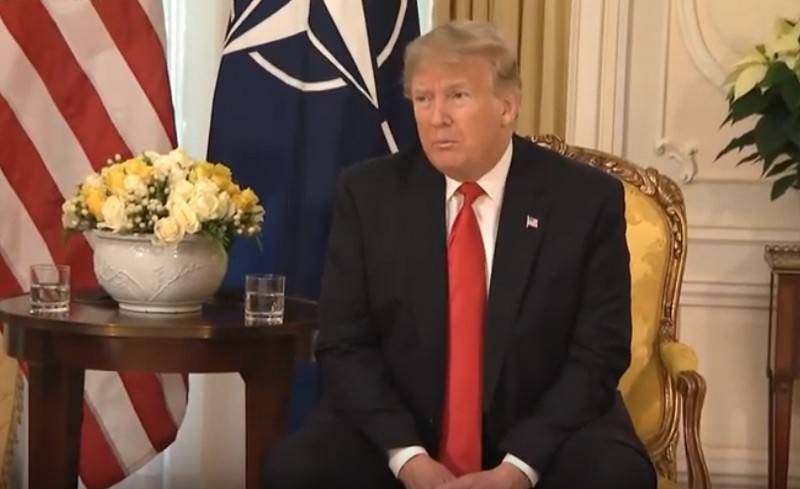 The United States has recaptured the oil fields in Syria from the Islamic State (banned in Russia) and can now do whatever it wants with this oil. This statement was made by US President Donald Trump after a meeting with NATO Secretary General Jens Stoltenberg in London.

The IG tried to maintain control of oil, and now we are completely in control of it. Frankly, we enjoy significant support from a large number of different people. By and large, our only military men who remain in this territory are those who guard the oil. We have oil, and we can do with it what we want
- he said.

The expansion of the US military mission to ensure the safety of oil fields in eastern Syria became known in early November this year after its approval by Donald Trump. This decision implies the presence on the Syrian territory of hundreds of American military personnel, who, together with the Kurdish military units, will patrol a large territory from Deir ez-Zor to Al-Hasaki.

Later it became known about the concentration of US military armored vehicles in the oil field in the Rumeilan region of Al-Hasake province, where the richest oil fields in Syria are located. .

Earlier, US Secretary of Defense Mark Esper said the US army would “protect oil fields” from “Islamic state terrorists” (banned in Russia) and would respond by force to any attempts to seize the fields. At the same time, the United States does not intend to admit to them either Syrians or Russians. At the same time, the head of the Pentagon emphasized that the American military contingent will strike at all who encroached on oil production, the proceeds from the sale of which "goes exclusively to the development of local communities."