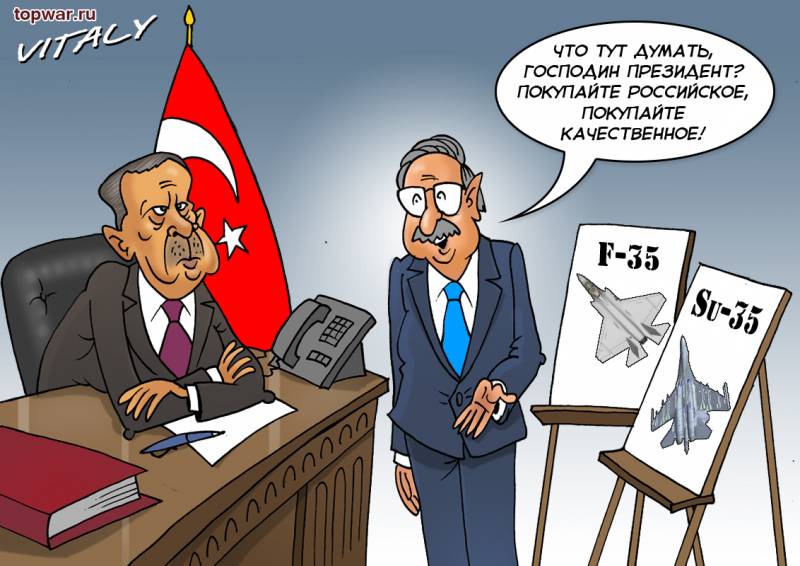 Russian and Turkish presidents Vladimir Putin and Recep Erdogan are discussing a new possible deal. Ankara is seriously considering the prospect of buying a Russian Su-35 fighter instead of the American F-35, which Washington does not want to sell to Turkey after the deal with C-400.

Why did Turkey think about buying a Su-35?

Today, much is being said and written about the ongoing negotiations between the Russian and Turkish leaders both in Turkey and in other countries. Turkish officials themselves claim that negotiations are already at an advanced stage. This means only one thing - the deal is likely to take place. In the person of Turkey, Russia, quite possibly, has found a new solvent partner for the purchase of weapons. First C-400, then Su-35: why not?

The head of the Defense Industry Administration under the Turkish Presidential Administration Ismail Demir stresses that Turkish experts are currently studying the technical characteristics of the Russian Su-35 aircraft. The official noted the importance of acquiring Russian weapons for the actual Turkish developments on the creation of fighters and anti-aircraft missile systems already made in Turkey.

Buying Su-35 both politically and psychologically for Turkey will be much easier than signing a supply agreement for C-400 in due time. To begin with, the barrier that separated Turkey from military cooperation with Russia was overcome. The first step was taken when Ankara decided to purchase C-400. Despite opposition from the United States, Erdogan did not abandon his decision and this cost Turkey a serious deterioration in relations with the United States.

True, it is not known who lost even more: the USA or Turkey. After all, Washington has no new ally in this region. None of the Balkan or Middle Eastern countries closely cooperating with the United States, Turkey is a competitor.

Even Greece, whose armed forces are also very large, can hardly be considered as a full-fledged replacement for Turkey, and the geographical position of Greece is still much less advantageous, especially if we talk about proximity to such key points as Transcaucasia, Mesopotamia and the Black Sea region. That is why the United States did not go to the final severance of military-political ties with Ankara. 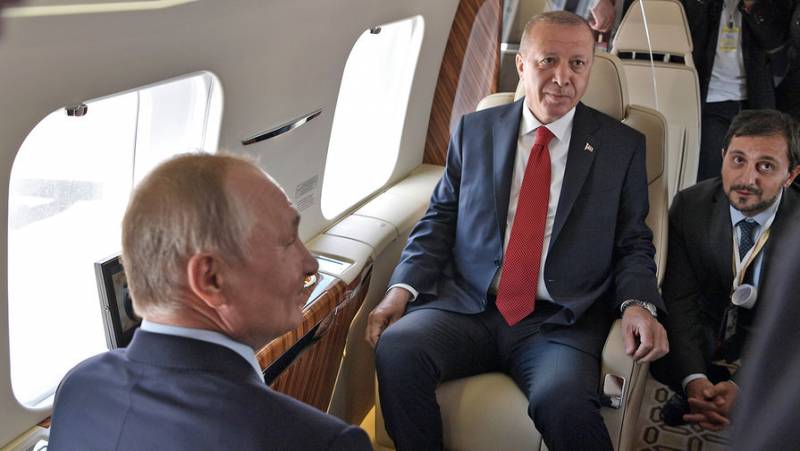 Naturally, the Turkish leadership, seeing that the United States “ate” the supply of C-400 to Turkey, considered it possible for itself to continue to cooperate with Russia and conclude profitable contracts. The Americans, by the way, themselves pushed the Turks to the idea of ​​acquiring the Su-35, because after the purchase of the C-400 at the Pentagon they started talking about not selling the F-35 to the Turks. And Ankara simply had no choice but to start looking for an alternative to the American aircraft.

Another reason why the Turks may prefer the Su-35 is a better price. Most Russian weapons are not as expensive as American ones. The cost of one fighter can be estimated by the Russian side from 50 million to 70 million dollars. If Turkey decides to buy Russian aircraft, then it will be about deliveries of aircraft for two squadrons of the Turkish air force. These are 48 Su-35 machines. 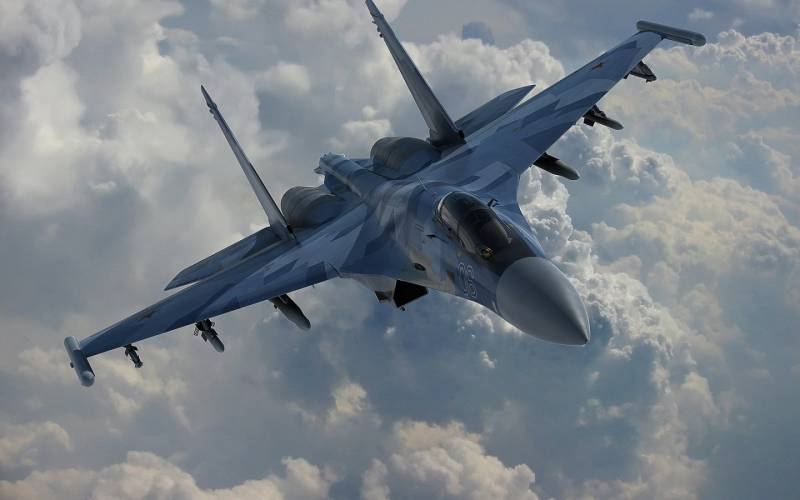 Since Russian aircraft have always been cheaper in the world arms market than American ones, with the purchase of such a large number of Su-35, the Turkish budget will remain a clear winner. Ankara will spend far less money than if she nevertheless concluded a similar agreement with Washington.

But there is another important point, which, of course, is taken into account by the Turkish military command and political leadership. The fact is that the political interests of Turkey and the United States are now in many ways opposed. In Syria, the US army supports the Kurdish militia, which Ankara considers a terrorist organization and the worst enemy of the Turkish state.

In the Mediterranean, the United States is developing military ties with Cyprus and Greece. Although Greece is a member of NATO, its relations with Turkey are very complicated, on the verge of conflict. The situation with Cyprus is even more complicated, since the island is divided between the Greek Republic of Cyprus itself and the Turkish Republic of Northern Cyprus - a self-proclaimed state, under the protection and protection of Ankara.

Fighter F-35 is equipped with ALIS (Autonomics Logistics and Information System), which is the world's first system for monitoring the technical condition of aircraft, which allows not only to monitor emerging technical problems, but also to limit the range of tasks that the fighter can perform. In fact, the Pentagon has the ability to regulate the actions of fighters, including those that will be acquired by foreign states.

If Turkey purchases F-35 from the United States, then if they are used for unauthorized use, the American side will be able to block the possibility of combat use of aircraft. The probability of this is very high. For example, Americans can do this if there is a conflict between Turkey and Greece (or Cyprus), or if the Turkish Air Force begins to use the F-35 against the Kurdish militia.

In the case of Russian aircraft, such risks are minimized. And with this, our Su-35 are also more interesting to the Turks than the American F-35. And in general, Turkey is already tired of NATO membership and military cooperation with the United States, which it seems to be less and less promising.

For example, the Turks do not want to participate in a program to prepare to repel possible Russian aggression against Poland and the Baltic countries. Where is the Baltic and where is Turkey? Why should Ankara spend energy and money on useless military activity if neither the Americans nor the European allies of the North Atlantic Alliance of Turkey help and are going to help in the fight against the Kurdish movement?

Interestingly, NATO has, and many Western military analysts admit, there are currently no formal mechanisms to punish Turkey for the purchase of C-400 or Su-35. Although the military officials of the alliance claim that the weapons used by the participating countries should be compatible with each other, they cannot directly order Ankara not to buy Russian anti-aircraft missile systems or aircraft.

Americans see C-400 as a threat

In the United States, they are also in no hurry to sell F-35 to Turkey. The Pentagon also has its own reasons for concern, as does the Turkish side. Thus, the US military command fears that the sale of the latest fighter to Turkey will lead to the fact that the use of C-400 will be practiced against it. And the Americans do not need this at all. 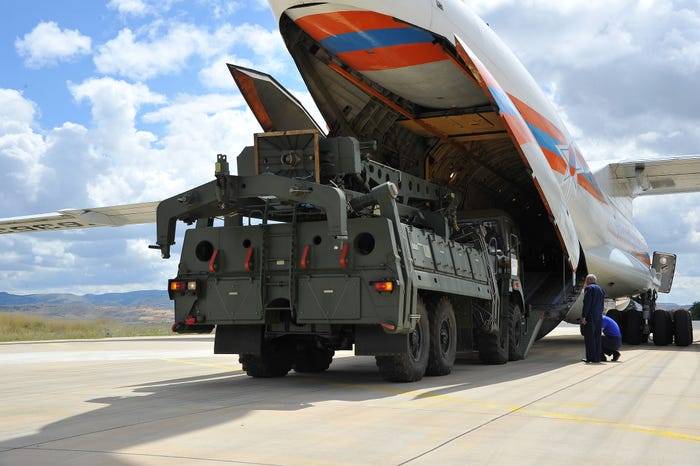 The fact that the purchase of C-400 by the Turkish side threatens US national security has been repeatedly stated by US President Donald Trump. Washington is trying to convince Turkey not to put Russian anti-aircraft missile systems into operation, but Ankara has not yet listened to the opinion of its formal allies.

The United States promises that if the Turkish leadership decides to block the C-400 in storage and the American military experts periodically check anti-aircraft missile systems, making sure that they are not being exploited, Ankara will be able to obtain permission to buy the F-35 fighter. But the Turkish side, of course, will not agree to such an agreement.

Firstly, the Turks did not buy C-400 for a lot of money, so that the latest systems would gather dust in their arsenals without work and not strengthen the real defense capability of the Turkish state. It is profitable for Ankara to buy both Russian and American weapons, as this brings Erdogan's cherished goal closer - to turn Turkey into an independent developer and player in the international arms market.

Secondly, an ambitious Erdogan would consider checks of Turkish weapons American controllers insulting national sovereignty and personally. He is unlikely to make such a decision, especially without good reason. Thus, the Turkish president has repeatedly stated that he is ready to buy the American Patriot air defense system, but is also not going to get rid of the C-400 and considers attempts to put pressure on Turkey in this matter a violation of the Turkish national sovereignty. And it’s hard to disagree with Erdogan in this regard. Turkey, as a sovereign country, has every right to choose which and whom to buy weapons from and how to combine it, how to use it for its own purposes. 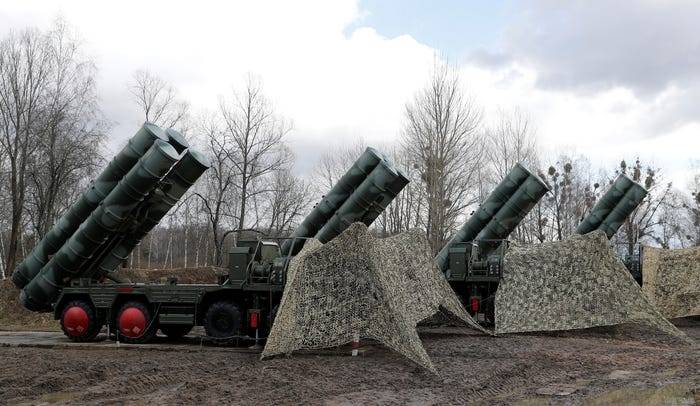 Thirdly, as we have already explained above, the F-35 project itself is becoming less and less interesting for Turkey, since the modern market for military equipment and weapons is not limited to American weapons alone. And Erdogan makes it clear that he wants to find new suppliers. In the end, the more offers, the more favorable the situation for the buyer.

Mystery F-35 and US market interests

Now F-35 is one of Washington's most famous and well-developed projects in the field of production of military equipment. The American side is steadily developing the myth of the F-35 as the most advanced fighter in the world, which easily bypasses enemy air defense systems. Perhaps this is why Turkey’s purchase of the S-400 was the most important reason for the refusal to sell fighter jets to Ankara - in the USA, they fear that Russian anti-aircraft missile systems can open their eyes to the true characteristics of the F-35.

In particular, the F-35 is positioned as the fastest and most supersonic aircraft, but many aviation experts with this presentation of information about the American fighter do not agree. Questions are raised by the idea of ​​a fighter as “invisible”, which itself is capable of hitting any targets, but at the same time enemy pilots will not understand who and where it shoots from. Lockheed Martin also says that the plane is supposedly able to pass through the most powerful air defense systems without problems.

At the same time, the F-35 allegedly goes unnoticed. It is these characteristics that attract buyers from other countries in the American fighter, but if it can be documented that the aircraft is not so fast and inconspicuous, as the US claims, massive sales abroad and the huge revenues of the US military industry from F-35 can be do not dream. 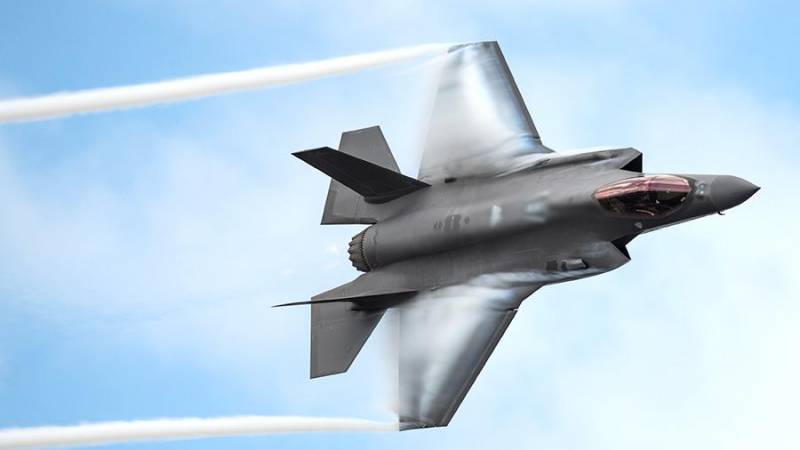 It seems that Donald Trump and his entourage are well aware of the true price of the latest fighter, so they were worried, trying to completely exclude the possibility of its interaction with C-400 anti-aircraft missile systems. After all, if it is established that Russian air defense systems are detecting an American fighter, then its reputation as the coolest fighter in the world will be over by stealth.

Both Trump and his entourage are not only politicians, but businessmen as well. And they, having counted all the financial pros and cons, easily went to deny Turkey the acquisition of the 100 F-35, and Lockheed Martin would have received 10 billion for them.

But if in Turkey, with the help of C-400, it had been established that the fighter was not so invulnerable, the American military industry would have lost much more money, since other countries would not have started buying F-35.

In the meantime, Turkey is looking at the Su-35, but does not refuse the idea of ​​acquiring the F-35. Ideally, Ankara would love to acquire both Russian and American aircraft.