Cadres decide everything. What elite does Russia need? 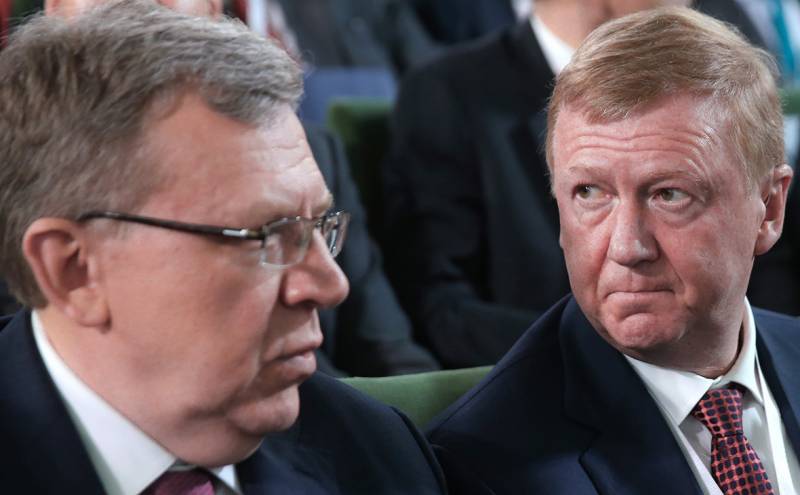 As Stalin said: “Cadres decide everything!” Almost all of the current problems of Russia and the people are in control. The problem is that the so-called. the political elite is not an elite in the best sense of the word (English fr. élite from lat. eligo "chosen; best").

About attempts to form a “nationally oriented elite”

In the domestic political life of the country, the theme of “stripping” of the managerial body regularly arises. These are high-profile cases of representatives of the political elite (former Minister of Economic Development of the Russian Federation Ulyukaev, Minister of the Russian Federation for coordinating the activities of the “Open Government” Abyzov), then governors, then senior officials of law enforcement agencies like colonel-billionaires, then bans on officials to own foreign property and accounts in foreign banks, then rumors about the formation of a "nationally oriented elite", etc.

However, judging by the results of the work of the current political “elite” of Russia, when the powers and people are brought to the border of a new civilizational and national catastrophe (of which the extinction of the Russian people is a part), they are troubled, all this is just an informational noise. There are no reasons for optimism.

The recent congress of the United Russia party, the majority party responsible for everything that happens in the country, once again showed the void of the current liberal system copied in the West. The political system created according to the patterns of the West, after the counter-revolution 1991 — 1993, when they destroyed the USSR and began to plunder the people's wealth, is based on deception and verbiage. The management vertical system created over the past 18 years has eliminated the chaos of the 90's, but has done little to develop the power and the people. There are so few real cases (like reunification with Crimea) that it becomes obvious that huge resources went into verbiage, beautiful pictures (in particular, large-scale festive and sporting events that ruined a lot of finances, time and effort, but power and people would benefit from them minimum) and "cut" the country. What has really been done for the life of an entire generation - the last 18 — 20 years? Have new pipes been laid for the export of national resources? What can Russians really be proud of?

For comparison, you can look at the quality of management of the Soviet elite of the Stalin era of the 1930 — 1940 model. The power was lifted literally from the ashes. They created a new society, smart, healthy, physically and intellectually developed, strong, ready to crush any enemy. It was a society of the future - a society of knowledge, service and creation. They created advanced science and education, culture, industry and the armed forces. They rebuilt Russia after two national disasters - the Russian unrest and the Great Patriotic War. Hitler’s “European Union” won. They returned the previously lost lands (after the collapse of the Russian Empire), created their own sphere of security, the future in Eastern and Central Europe, in Asia. They have become a superpower. Created from scratch, industries that allowed us to be a leading world power - nuclear, rocket, aircraft, engine building.

The Olympic medal of the model of the crucial 2014 year in the form of a patchwork quilt very accurately described the political and economic system of the Russian Federation - there is no unity anywhere except for “cutting”. Russia, as it was in the 90-s, continues to be the “forage base” of the West and the East, and the current “elite” serves their interests and does not forget itself. The people are divided into nations, denominations and classes, rich and poor. All interests of the "elite" are concentrated in the USA, England, France, Germany, Israel, China, Turkey. “Responsible businessmen” essentially run the Kremlin, as the consumer society, the “golden calf,” dominates. Officials go for the money. Although the rules of this financial (material) world are not being established here, but in Washington and London, Paris and Frankfurt am Main, in Beijing. Financial, global capital is supranational, cosmopolitan, he does not care about the Russians, and the French or Germans (hence the crisis of national states in Europe, the extinction of indigenous European nations, their replacement by migrants).

Thus, from the 90's to the present day, rules have been dictated to us that are alien to Russia and the Russian people. They formed the basis of the foreign and domestic policies of the government and the main party. Therefore, all of this policy for 18 — 20 years can be safely set to “failure”. Vladimir Putin himself said what all this will lead to at the congress of the United Russia party on November 23 of November 2019:
“Verbiage, opportunists who have pestered the ruling status of the party, if anything, surrender not only it, and surrender the country. This was in our stories repeatedly, including in our recent history. ”

It must be honestly acknowledged that in Russia since the 90's, statehood has been limited from the outside. We have become a part of the world of the “golden calf” - materialism, a society of consumption and self-destruction of man. Respectively subordinate to the West and East, IMF and WTO economy (Why the economy of Russia is not traveling) dictates a subordinate policy. Hence the poverty and misery of the overwhelming majority of the country's people, the stagnation and degradation of the country's economy, the agony of science, culture, education and health, the extinction of the Russian people. General spiritual and cultural (with an increase in the number of churches and mosques), intellectual and physical degradation of Russian society. The Kremlin’s indifference to the problems of the Russian people divided in 1991, who fell under the rule of the Nazis in the Baltic states, thieves and neo-Bandera in Little Russia (Ukraine), khans and bais in Turkestan. Fear of the West (where all capital and families are) did not allow the current political elite to return not only Crimea, but also the Russian Donbass, the entire New Russia and the Left Bank, Kiev - the ancient Russian capital, Galicia and Carpathian Russia to the united Russian world.

Why are Russian soldiers fighting in Syria? “International terrorism” is a myth. All terrorists are fed by American, British, Saudi, Turkish and other special services and organizations. The overwhelming majority of terrorist and bandit formations cannot be bombed by us, since they have a “roof”. Syria is no longer “united”; the territory is divided into spheres of influence. In reality, it turns out that the Russian soldiers again became "cannon fodder", as in the era of the Napoleonic wars. They are fighting in the interests of Tehran, Ankara, Jerusalem, London, Paris and Washington. It is already obvious that Russia's current military campaign in Syria will become an unfinished, endless war, like the war in Afghanistan. And this question still comes to us in the most difficult and unpredictable way.

It is not surprising that Japan will openly creep into the Kuril Islands and other "northern territories". China is waiting for the Russians to finally liberate the Far East and Siberia from their presence (in the textbooks it is already written that the Russians “occupied” these lands). Europe is looking with lust at Kaliningrad. Macron looks to the future and sees Europe "before the Urals."

You will know them by their fruits.

Therefore, the noise about the “nationalization of the elite” is a regular information campaign to distract the masses or a struggle within the political elite (there is less “food”, competition is tightening). As the history of Russia shows, when the "elite" completely degenerates, its interests radically diverge from the interests of the state and the people, the civilizational mechanism of self-purification - unrest, turns on.

In the XX century there were two troubles. When the autocracy came to a standstill at the end of the 19th and the beginning of the 20th centuries, and did not decide on a “revolution from above,” the nobility and bourgeois elite carried out a revolution (February). However, this revolution only worsened the situation. The Westernist feudalists turned out to be poorer managers than the tsarist administration. Therefore, the Russian Troubles began. Under Stalin, the elite elite were "cleaned up" by the most severe methods, disciplined and educated. The creation of the national elite, including the military, scientific and technical, and workers, began. Creating a society of the future. However, this process was interrupted under Khrushchev. De-Stalinization led to a new degradation of the elite.

In the late Soviet era, the elite of the USSR was inadequate to the challenges of the time. Part of the elite relaxed in Brezhnev's “golden age”, became well-fed and lazy, and allowed herself to be deceived. The other, completely degenerated, and deliberately went to the betrayal of the powers and peoples in order to gain access to full power and property, to live "like in the West." The current Russian "elite" hails from the late USSR, from the Soviet mid-level nomenclature, and has taken all weaknesses from there.

At the same time, the quality of management has fallen even more. So, in the former national republics of the USSR and the RSFSR, there was a sharp archaization, the power of the new khans and bais. Which creates the threat of "Afghanization" or the victory of the "caliphate" when the people get tired of the new feudal lords and want to return to the "sources". In the Baltic states, the proteges of the West, the Nazis, gained power. In Little Russia-Ukraine, thieves-oligarchs who plundered the richest republic of the USSR almost to the bottom. Total archaization led to clannishness, nepotism, nepotism. For example, what happens when a governor changes in Russia? He drags "his" to the republic or region, the redistribution of property begins. The same thing happens with the new governor. As a result, the "elite" is engaged only in "cutting", preparing "alternate airfields" for themselves and their families in the West.

In addition, a new generation of “elite” is coming - these are the children of the ruling class. As a rule, educated and educated in the West, having nothing to do with ordinary people. Brought up in the framework of Western individualism, social Darwinism and liberalism, according to which Russia, within its existing borders, is uncompetitive in the global world and is subject to "development" by more developed countries and peoples.

Thus, it is impossible to achieve any “nationalization of the elite”, high quality governance under the dominance of Western (globalized) capitalism, materialism, hedonism and a consumer society. Only the scrapping of the pro-Western liberal and capitalist system. Reliance on the Russian people (the sovereign core of Russia) and Russian civilizational values. Quite successful examples in the history of Russia were Ivan the Terrible and Stalin. Most of all they are afraid and hated by Westerners, because they acted in the interests of the state and the people. There is only one alternative - the collapse and division of Russia, the loss of even the current semi-independent position in the world system.

The ideal of a healthy Russian hierarchy comes from a hoary past: at the head of the people are priests-wise men-priests (tsar-priest); then ksatriya warriors, managers (princes), solving strategic tasks and ready for self-sacrifice for the benefit of all and the common cause; relying on the working people - all-vaisyas. We recall the epic Ilya of Muromets: a peasant son - a hero-Cossack - a priest (magician). This scheme worked in the Stalinist USSR: any person from a worker-peasant family, with the ability and talent, had every opportunity to become a marshal, minister, pilot, scientist, writer or teacher at the university. At the bottom of society are traders, actors-actors, criminals-thieves, those who are now considered the "elite". In a sick society created by Western "architects", this hierarchy is broken, the opposite is true.