In Syria, they tried to undermine the armored vehicle of the Russian military police 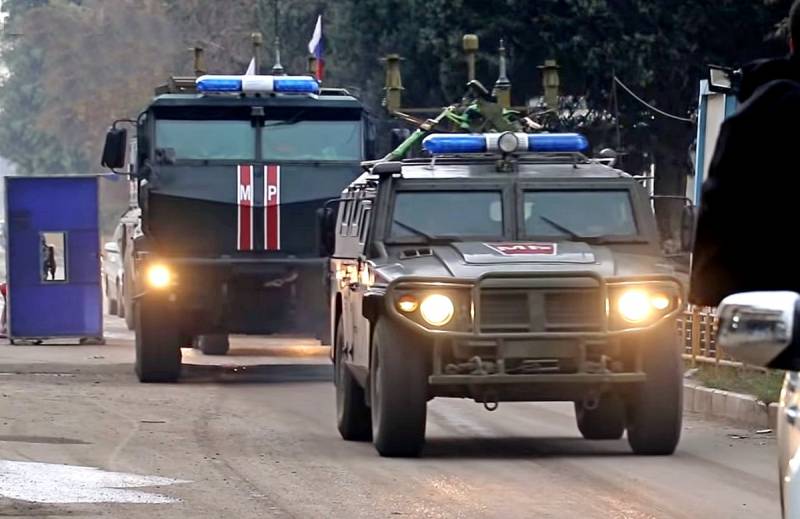 In northern Syria, an improvised explosive device detonated along the route of patrol armored vehicles of the Russian military police. As a result of the explosion, three Russian servicemen received minor injuries and bruises. It is reported by the Ministry of Defense.


According to a popular report, on December 2, a makeshift explosive device detonated along the route of an armored car of the Russian military police west of the village of Koran (Kobani district, Aleppo province). Military police carried out a reconnaissance of the route of the joint Russian-Turkish patrol. The armored car was damaged, three military police officers - injuries and bruises, there is no threat to life for the injured.


As a result of the explosion, the armored car was damaged. Three Russian servicemen in the armored car received minor injuries and bruises. There is no threat to their lives at this time.
- declared in the Ministry of Defense.

Recall that the Russian military police, together with the Turkish border guards, conduct joint patrols in northern Syria in the places of residence of the Kurds in accordance with the memorandum signed in October by Putin and Erdogan.