Will Putinism survive Putinism? Russian question of the Frenchman Macron 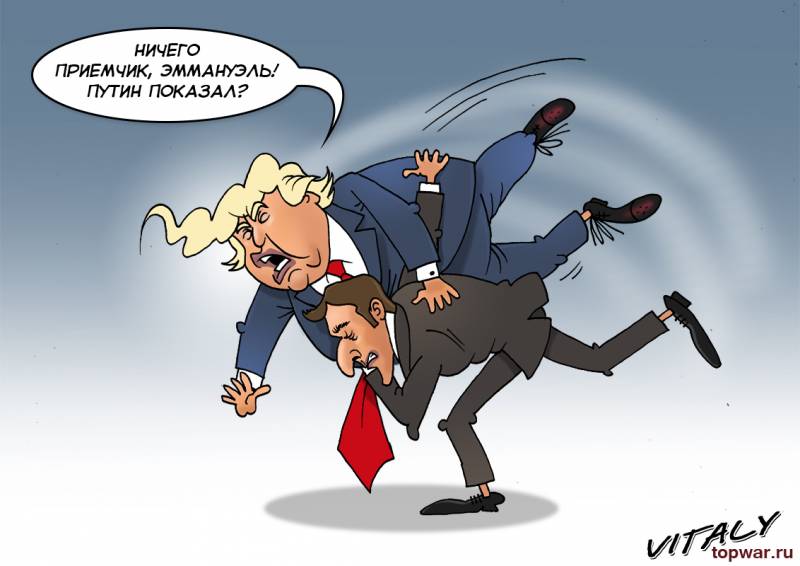 Project "ZZ". The European press tells how French President Macron is meeting Putin. For example, this concerns the issue of nuclear missiles and European security. Macron insists: the Kremlin’s proposal for a moratorium on the deployment of medium-range missiles should be considered. The French president is splitting the NATO camp: after all, alliance members have so far rejected Putin’s corresponding proposal. But Macron insists: it is time to “rethink strategic relations” between the EU and the Russian Federation. However, experts whose opinions are quoted in foreign newspapers do not believe in a change in relationship. Moreover, experts are confident that Putinism is so strong that it will survive Putin. 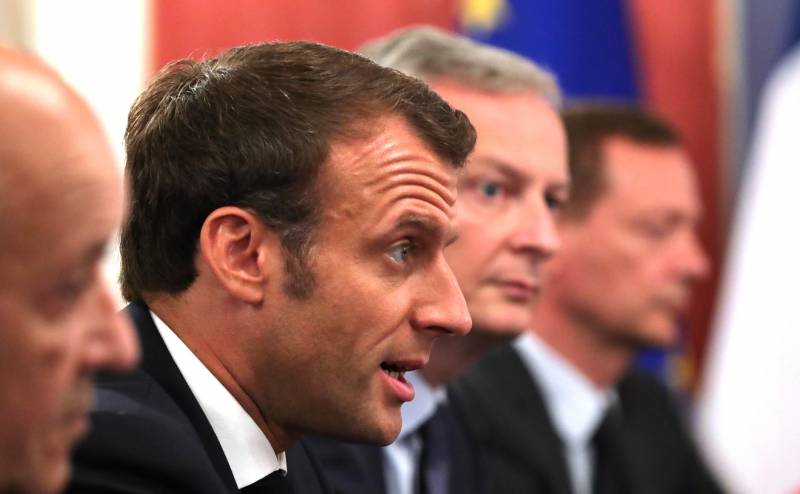 We will call Russia European 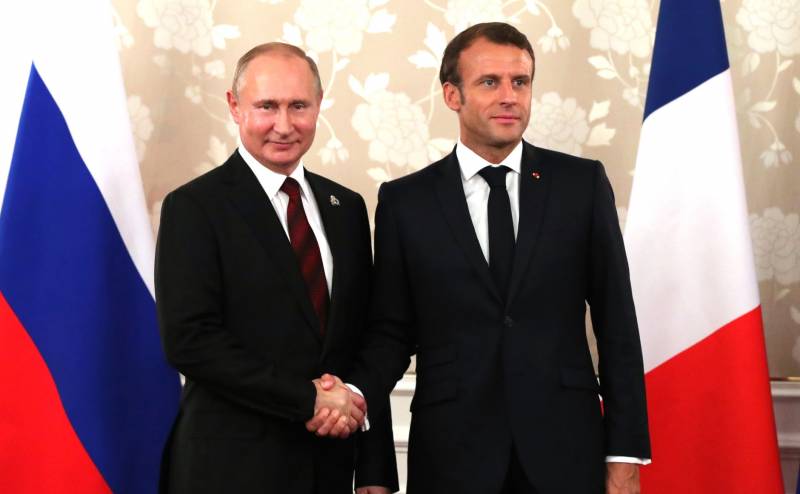 The French president, who wrote a letter to V. Putin “on the important issue of nuclear safety in Europe”, expressed his readiness not only to consider the Kremlin’s proposal to introduce a moratorium on medium-range nuclear missiles, but even to “consider in detail”. The letter is in the editorial office of a German newspaper, according to correspondents L. Hemiker and M. Vigel. The President suggested holding discussions in the framework of bilateral and multilateral negotiations with all interested countries.

However, earlier NATO members rejected the corresponding proposal of Russia, recalls the German publication. Mr. Stoltenberg has repeatedly characterized this moratorium as "implausible."

Moscow offers a moratorium on those weapons systems that it has placed for many years. And the 29 NATO countries today adhere to the following understanding of the issue: Moscow deployed SSC-8 medium-range missiles and itself violated the INF. According to Western experts, the SSC-8 is capable of flying up to 2000 kilometers.

The United States withdrew from the treaty in early February this year. France and Germany "expressed regret." Macron became the politician who advocated preventing a new nuclear arms race and maintaining Europe’s security. In mid-August 2019, he publicly advocated Russia's integration into the new European security architecture, reporters recall. Earlier, in November 2016, he declared that he was striving for an "independent European policy" in relation to Russia, a policy that would not be dictated by American ideas. He invited Putin to his summer residence in Fort Bregancon on the Cote d'Azur and fantasized there about the idea of ​​"Europe from Lisbon to Vladivostok." 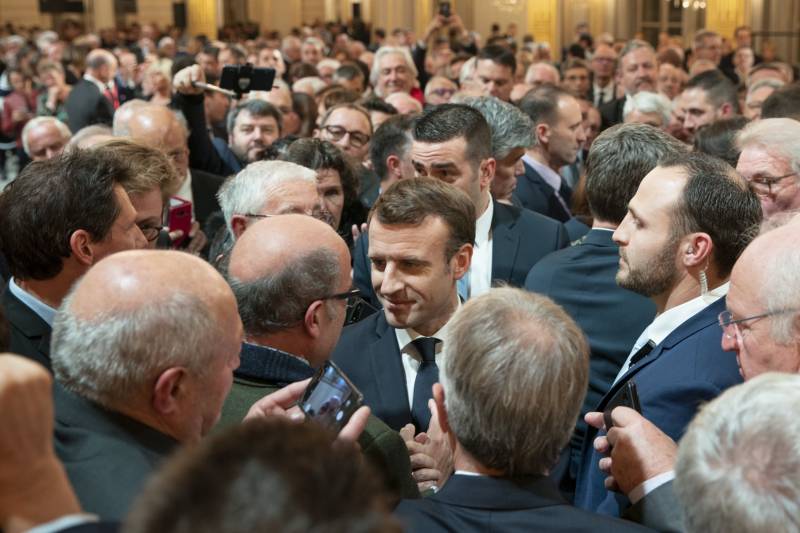 In a conversation with Frankfurter Allgemeine Zeitung correspondents and other journalists, Macron emphasized that Europe is now threatened by an arms race. Therefore, it is important to create a new contractual framework based on the participation of the Russian Federation. Europe must take the lead, Europe should not be in the hands of other powers. Russia taking into account stories and geography Macron called "European power." And the more Europe emphasizes this fact, the more “European” Russia will be, the French leader believes.

Is Putinism Livelier than Putin?

Calling to “rethink strategic relations” between the European Union and Russia, French President Emmanuel Macron found “very little support, including among countries such as Italy, whose successive leaders have been steadily maintaining warm relations with Vladimir Putin for twenty years,” writes «Le Monde».

The idea of ​​a rapprochement with Moscow, which Macron upheld in an November interview with The Economist, provoked skepticism or misunderstanding - and this is at best, says Isabelle Mandro in Le Monde.

Donald Tusk, leaving the post of President of the European Council, was not able to remain silent after this interview. “When I hear,” he remarked, “as Macron says that“ we need to reconsider our relations with Russia, ”I can only express hope that this will not happen due to our common dream of European sovereignty.”

Experts at the British Chatham House center, J. Nixey and M. Buleg, criticized Macron's policy, noting its inconsistency. In their opinion, there is simply no such second leader, who is so controversial about Moscow. Emmanuel Macron reprimands the Kremlin about the suppression of opposition protests in Moscow and immediately declares the "unity" of Europe and Russia. 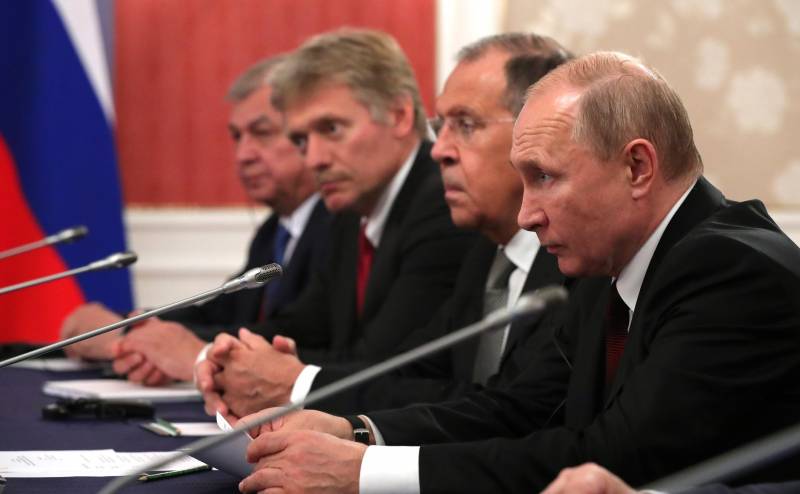 The article by I. Mandro refers to the "context of mistrust" towards Russia. In a recent study, “The Last Offended: The First Diplomats After Vladimir Putin,” the EFCR (European Council on Foreign Relations) analytical center held on condition of anonymity a meeting with future diplomats, graduates of MGIMO. Based on the statements of young people, the report revealed a gap in relations between Russia and the West. It turned out that the young diplomats did not reveal any connection with the West. Moreover, on the contrary, the author of the report, K. Liik, notes that the visions of these people depicted a fragmented world with different actors. And in this world, Russia either stands apart or is in the circle of non-Western states. Therefore, Europe does not need to rely on the fact that after Putin’s resignation from the presidency, “the optimism of the 1990’s” will return.

IFRI Director Tatyana Kastueva-Jean, cited by the publication, has an even tougher opinion. She says bluntly: "2014 year is the point of no return ... there is no light at the end of the tunnel." 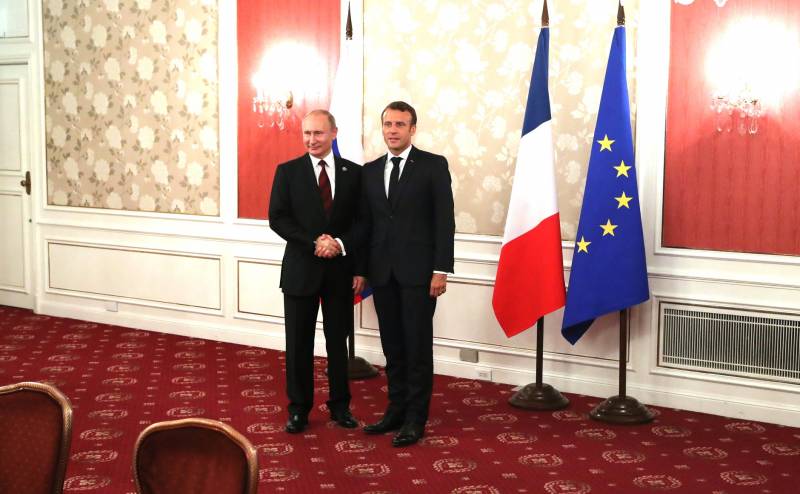 Europe, which I would like by the end of the second decade of the 21st century, to see Russia of the 1990s model, is categorically against the rapprochement with Moscow, which the tireless president of France has been talking about in recent months. Strongly against rapprochement and NATO.

Where will such a “strategic” initiative of the peace-loving Macron lead? If this gifted speaker had managed to convince at least something of his implacable opponents, he would have paved the way for the Nobel Peace Prize.