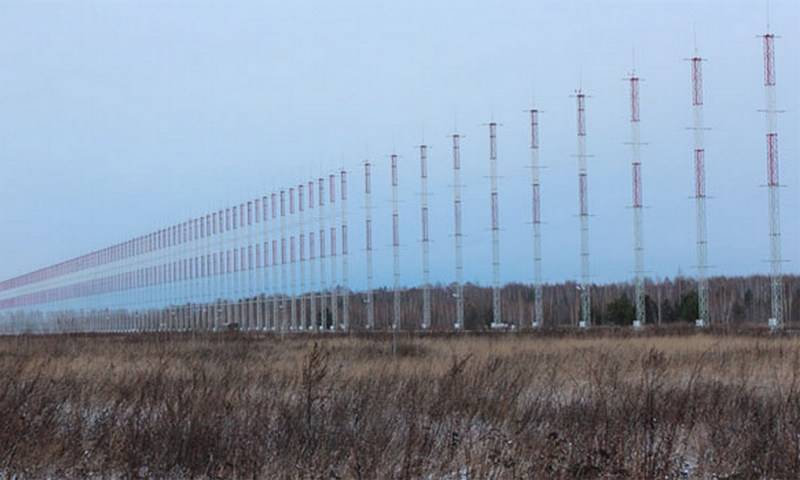 Starting today (December 1 2019, Sunday), the first overseas 29B6 Container type radar station is on combat duty. It is reported by the Ministry of Defense.

In the village of Kovylkino of the Republic of Mordovia, on December 1, as part of the Aerospace Forces, he will take up combat duty of the overhead detection radar of the “Container” type
- said in a statement.

The military department noted that this is the first station of this type, fully completed state tests and accepted into operation by the Ministry of Defense. She was on pilot combat duty for exactly a year - from December 1 to 2018 of the year. This radar will control the airspace over Europe to a great depth.

In total, four such stations are planned to be deployed: one each in the west and east of the country, two more will be deployed in the north-west and south directions. Stations are specially built inland, as they have a “dead zone” of 900 km.

Radars are designed to detect all types of aerodynamic targets, including airplanes, cruise missiles, hypersonic aircraft and so on. "Container" is able to control flights of any air targets at a distance of about 3 thousand kilometers in the sector 240 degrees. A radar can simultaneously track over 5 of thousands of airborne objects of various types, including small ones.