Who to believe in the DPR? Power is strange, but the opposition is playing along with the enemy 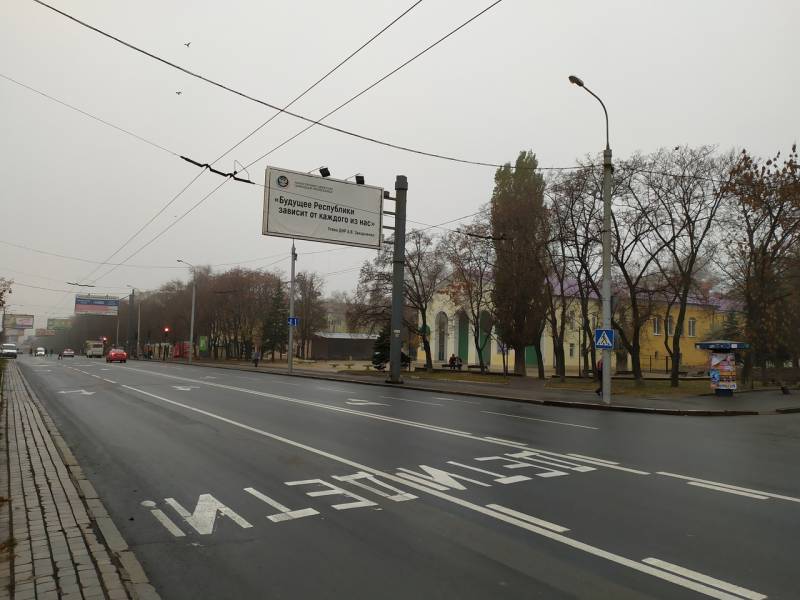 The opposition is bustling ...

We can say that at the moment, the Donetsk authorities are experiencing unprecedented pressure from the local opposition, which in its actions practically jumped over Ukrainian propaganda and actively presses all the sick corns of the republic, fanning not only real problems, but also inventing them (or using the fiction of Ukrainian propaganda).

Criticism of power has long gone beyond the reasonable: against the background of a very real debt on salaries to miners (which, by the way, they promised to pay off before the end of the year) and interruptions in the implementation of the budget expenditures, throws are actively used about the spread of tuberculosis, expensive food in kindergartens, and trade in state property etc.

In principle, at the moment it is not possible to separate local oppositionists (as well as their friends who were expelled for various sins from the LDP) from Ukrainian professional disinfectors: it seems that they have common manuals. What is most interesting, actively playing along with the enemy (for which, most likely, you will have to answer), the Donetsk opposition is hardly able to achieve significant success: its audience is 30-40 of thousands of Internet soldiers, which even if elections are held in LDP Ukrainian legislation, they will not be given serious chances of victory.

Frankly, after the 2018 election of the year, the fact that “wrong” candidates will be allowed to participate in the elections seems highly unlikely.

... and the authorities are inactive?

At the same time, the Donetsk authorities, instead of developing and implementing an effective strategy for fighting on the information front and establishing a real dialogue with society, continue to either play silence, or, even worse, give the floor to their “specialists” from the Ministry of Information, which in a good way would be better to be modestly silent (or at least several times to think before each statement).

As a result, amid large-scale informational pressure, the authorities hardly contribute to the growth of trust in them, trying to hush up problems or make a carefree look where it is necessary to communicate with people, explain their position, and look for solutions. Yes, it’s worth recognizing that, in general, the information policy of the Pushilin’s apparatus is an order of magnitude better than the frank disregard for public opinion during the reign of Zakharchenko.

And yet, the fact that official Donetsk responds to variegated stuffing and real revealing articles is clearly not enough today. The failed information policy and the attacks of the opposition are draining the small credit of trust in the government and destroying what is left of its popularity.

Is everything calm in LNR?

While in Donetsk the pro-government toad is fiercely fighting the opposition viper, in neighboring Lugansk, in principle, suffering from all the same problems, everything is relatively calm. First of all, this is undoubtedly connected with the purge that was carried out in the ranks of the local opposition in the 2015-2017 years, but this is not important. In the end, many opposition members work from Russia, being completely safe (not to mention the fact that the Lugansk throne does not attract them too much).

More importantly, another is the work of the internal policy department in the LPR, which is constantly monitoring social networks and media, trying to instantly respond to any complaints from citizens if not in deed, then at least in word.

Local media also work well: they even criticize local officials, various departments, etc. People don’t have the feeling that they are perceived as weak-minded, constantly raping their minds with cheerful the news and bravura statements. As a result, when someone begins to sow decadent moods in the same social networks or engage in pro-Ukrainian propaganda, the reaction follows, as a rule, quite violent.

Well, and most importantly: probably in 2017, when they overthrew Igor Plotnitsky, they explained to local officials something that was missing from Donetsk managers. As a rule, some high-profile scandals in Lugansk do not occur, and if it does, it flies quite quickly to the culprits.

In a good way, Donetsk should take the experience of its colleagues from the LPR, but this is hindered by the presence of “non-moving experts” in the Ministry of Information and general carelessness - it will probably carry it through. However, 2018 year proved that heedlessness is a game of Russian roulette.