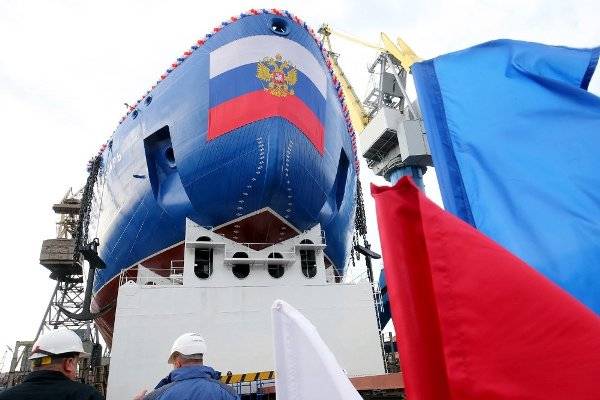 On 28 of June of this year, the Ministry of Industry and Trade of Russia published a draft strategy for the development of the shipbuilding industry until 2035 of the year (Order No. 28-p of October 2019 of October 2553). This document is very difficult to read, because it is replete with general phrases and an almost complete lack of specificity.


And this can be considered normal, since our ship engine manufacturing is still, from the beginning of the century, if not in a state of clinical death, then coma.

Someone may not agree, but check out the document, there you will find in sufficient quantities formulations such as “critical”, “causing concern” and the like.

Personally, upon close examination, it caused a lot of negative that the federal target program “National Technological Base” (2007 – 2011) had a whole section with the burning title “Creation and organization of production in the Russian Federation in the 2011 – 2015 years of diesel engines and their next-generation components. "

8 billion rubles was spent on the creation and organization of production from the budget. Everyone knows the result.

Desk games such as the creation of a certain “Coordinating Council for the Development of Piston Engine Engineering” under the Ministry of Industry and Trade did not bring expected results. A special investment contract mechanism (SPIC) was introduced, but last year the Cabinet suspended work through the SPIC “until the tool was improved.”

However, as part of the work on the SPIC, nevertheless, something was done towards solving the problem. Prior to the suspension of work under the SPIC, an 33 contract worth 434 billion rubles was concluded. Including money for development were allocated to leading companies in the field of diesel engineering. And “Kolomensky Zavod”, “Star” and “Ural Diesel Engine Plant” eventually began work on the creation of new lines of diesel engines.

Three lines of medium-speed and two lines of high-speed engines of a new generation appeared in the work at once. However, diesels did not get to where they are most needed, that is, in the USC (United Shipbuilding Company) and further into the fleet. More precisely, they were simply not produced. Not enough money.

And the development of 1 – 20 MW engines generally had to be postponed.

In the walls of the plant in Kolomna, testing of D-500 diesel engines continues. For fleet modification 16SD500 is intended, which was demonstrated a year ago in the form of a model at the annual army show in Alabino.

And finally, it happened: after only 11 years after the start of the OCD, the D500K engine went for testing.

But the problem of urgently needed mid-turnarounds has not yet been resolved. And here it is not even a matter of picking new ships. We have available on all fleets a lot of ships that require replacement of engines. This is the Soviet legacy, ships and vessels with a service life of 25 years and older.

Alas, the engine is not eternal, and the lack of a new engine with the full development of the resource definitely puts the ship on the joke.

Soviet marine diesels are in the past, including in Zaporozhye and Nikolaev, so if you change it, then something modern and really domestic.

And we have a "new Russian" D500 from the very beginning was very conditionally Russian. At least the crankshaft, cylinder block, pistons and much more were manufactured by German and Austrian firms.

Today, the times have gone harsh, and it is wonderful that the plant was able to improve the situation and modernize production to produce the necessary components. So, import substitution in the field of engines for ships is very, very serious.

The provision obliges. We either replace German, Austrian, Dutch, Swiss with our own, or we go to bow to China. And there, if there is (not always), then sometimes such a quality that it is better and not necessary.

Well, of course, the problem requires decent funding. Marine diesel engineering should be funded as one of the most important, and then the destroyers and frigates will not be joking in anticipation of at least some engines.

In general, too many things have been destroyed during the times of Russian reality, including the “shameful Soviet heritage” represented by Soyuzdizelmash, which existed under the USSR Ministry of Heavy and Transport Engineering. Accordingly, production and service chains were destroyed at all stages of the diesel engine life cycle.

It will take many more years to eliminate the consequences of a democratic rampage, solely because breaking is not to build.

Meanwhile, the fleet will still choke on a shortage of diesel engines ...

And to say, for example, how long will it take Kolomna diesel engineers in order to solve all the problems of starting to produce ship engines in proper volumes, while it is very, very difficult.

It is not easy to say how, besides the licensed engine from MAN, the fleet can be helped by another old and proven manufacturer of marine diesel engines, PJSC RUMO from Nizhny Novgorod. There, too, due to a lack of funding, they can’t arrange the production of engines of their own design.

In general, sometimes we have strange things to do. The fleet needs engines. Big and small. Domestic manufacturers are in debt, and Chinese cars are being purchased. And then the ships (new) are shipped to completely replace the jammed Chinese miracle diesel.

It’s good that they did not even forget how to repair and capitalize a diesel engine. At least we can. For the time being, we don’t know how it will continue.

Yes, dozens of ships and vessels still use Soviet-designed diesel engines in the Navy. These units are quite reliable and have repair and modernization potential.

But alas, diesel is such a thing ... not infinite. It’s impossible to repair it forever, because sooner or later they will say “everything”. And then the problems will begin, especially with those ships, which so far simply have nothing to replace.

These are the BDK of the 1171 and 775 project, the rescuers of the 537 project submarines, the Dubna type tankers, the 11661 project rocket ships, and much more that go, but as long as the engine has a resource.

And do not go anywhere. Therefore, the command and the corresponding services of the Navy extend the life of old ships.

In general, our fleet cannot be called new and modern, the average service life of ships has crossed the 25-year frontier. This is not a very scary indicator, but he says that one ship served 2 of the year, and the second - 40. And just with those who are for 30, all sorts of things usually happen. They begin to smoke, for example. And barely swim. About how to walk, somehow even the conversation does not go.

Therefore, something needs to be done, and it was necessary to start the day before yesterday. When problems with ship engines were just drawn. In Russia there are 10 enterprises that can produce diesel engines. Few? Lot? They are. But our new ships are equipped with Chinese, far from the best diesels.

Moreover, counting on the fact that “Europe will help us” has long been impossible. Everything. Licenses, joint development, modernization - all this was covered by sanctions and left in the past.

MAN, SEMT Pielstik, Wärtsilä - this is not about us now. Forgot.

There are only two options left: either urgently reanimate your own, or buy what they sell. They sell a little and for expensive. Here you have the whole layout.

It’s worth considering: we have TEN manufacturers of marine engines, and we are buying Chinese engines. Well, what can you call it, if not a shame?

But the fact that our engines are developing very slowly is only part of the problem. Because in addition to OCD, the development of production, all sorts of improvements, modernization, plus service and scheduled repairs are immediately drawn.

All this would be good if our fleet ordered diesel in real quantities, like Russian Railways for diesel locomotives.

But we get only small-scale production “on order” at the output. That is, something that is completely disadvantageous to the plant.

So, the problem should be solved through public procurement with normal financing. Since we got on the rails of a market economy, it is in the interest of the state to pay for the fleet to receive engines for ships and ships in a timely manner.

The Russian manufacturer of marine diesel engines must be saved. And we are losing him in the truest sense of the word.

Yes, now that we can safely forget about Western diesel brands, because they remained behind the sanction fence, and ours never appeared, the situation is so-so. It is clear that the market requires to follow the path of least cost, that is, to buy diesel engines in Asia.

Or vice versa, if the enterprise is not able to produce SO MUCH engines (a hint at St. Petersburg's Zvezda, which is really sewn up) plant, because production capacities are simply not calculated.

Is the "star" to blame for not being in time, or those who dumped all orders for small missile ships and boats at one factory?

A coordination center, similar to that created under the Ministry of Industry and Trade, had to be created 15 years ago. But to create not under the ministry, but under the same USC, because who, if not shipbuilders, is interested in engines? And who breaks the deadlines for the State Defense Order?

It is necessary to revive the design school, revive the production of marine engines, and revive the system of maintenance and repair. Yesterday I had more.

But the state should play the first fiddle in this, having funded not properly creating superstructures that are incomprehensible and slurred, namely, manufacturing enterprises should be the first to feel state support.

On their own in small-scale production, the plants will not stretch. Only a state order, and not for the creation of a diesel engine for an X-ray project 22800, but for the creation, construction and maintenance of a line of engines for the needs of the fleet.

In the meantime, the rapid independent creation of competitive marine diesel engines at Russian enterprises is impossible. First of all, because it is not necessary / disadvantageous to the factories themselves, which, for the sake of maintaining their pants, would be better off producing anything, but not an engine under a one-time contract, albeit within the framework of the state defense order.

So, we will develop design bureaus and manufacturers in Asia?

I would not want to. Especially considering the fact that we still have our ten diesel manufacturers.

There is a prospect. It must be realized in the government. And then in the "tomorrow" there will be much less problems.