Frigate "Admiral Kasatonov" completed launches of the Caliber and Onyx 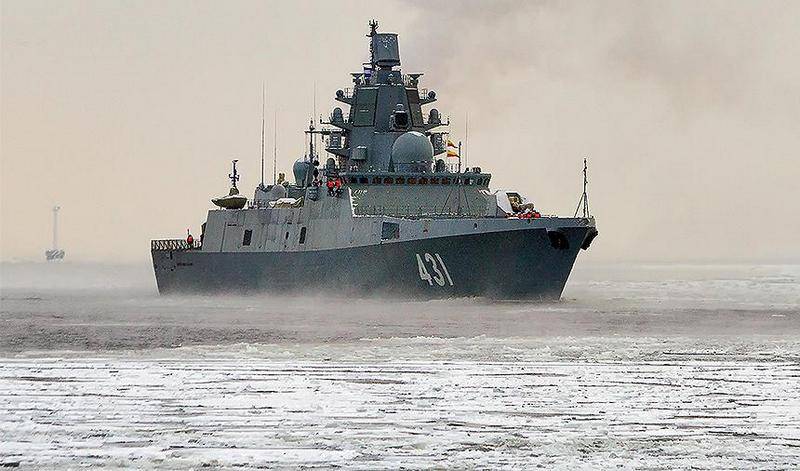 The newest Russian frigate of project 22350 Admiral Kasatonov, as part of the tests, carried out cruise missile fire at sea targets at a sea range in the White Sea. This was reported by the press service of the North fleet.

The frigate fired cruise missiles at sea targets in the training ranges of the Northern Fleet in the White Sea. Shooting was carried out as part of the next stage of factory sea trials
- said in a statement.

Telemetry of missile flight was recorded by the crew of the Il-20 aircraft, and the target was inspected by the aircraft Il-38 of the Air Force and Air Defense of the Northern Fleet.

Note that the factory sea trials of the frigate began on November 20 in parallel with the state ones. The White Sea Naval Base of the Northern Fleet is engaged in providing tests.

Previously, the ship has already worked out interaction with aviation. The frigate’s radio equipment was flown over by Su-24 aircraft, Ka-27 and Ka-31 helicopters of the Air Force and Air Defense Forces of the SF. Helicopter pilots also made as many landings and take-offs from the deck of the ship. In addition, the ship was tested for action in the ice. Artillery firing was carried out during the previous test phase taking place in the Baltic Sea.

According to the plans of the North Shipyard manufacturing plant, the frigate will be transferred to the Navy by the end of the year.