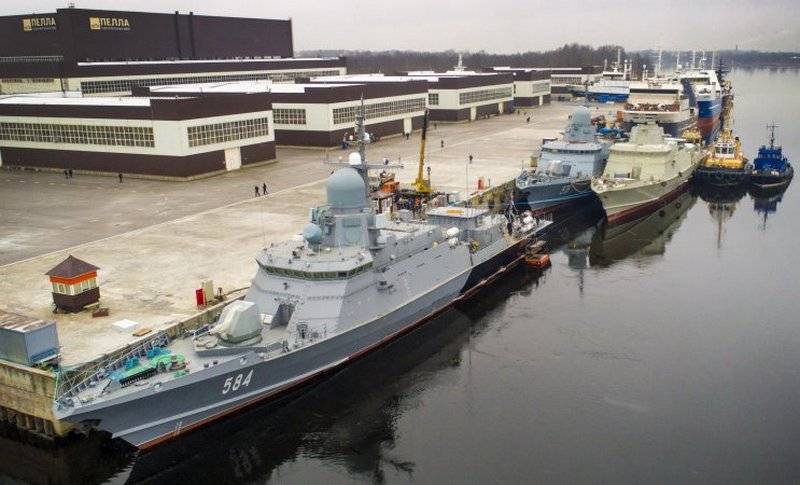 The second serial small missile ship (MRK) of the 22800 project (code "Karakurt") "Odintsovo" was completed at the Leningrad shipyard "Pella" and began preparations for factory sea trials. This was reported by the press-service of the shipyard "Pella".

According to the report, RTOs will be docked at the Kanonersky Shipyard (there is no dry dock at Pella yet), after which it will undergo factory sea trials. Currently, the ship ends preparations for going to sea.

RTO Odintsovo (formerly Shkval) is the third ship in the series laid down at Pella and the second serial after the lead Mytishchi and the first serial Sovetsk, which were already part of the Baltic fleet. Laid down / launched on July 29, 2016 / May 5, 2018.

At the present time, the third serial RTO “The Tempest” is being completed at Pella, launched / launched on December 24, October 2016 / October 23, respectively. At the same time, at the Shipyard “More” in Feodosia, in the framework of a contract for the construction of seven ships concluded with “Pella”, three RTOs are under construction: “Storm” (renamed “Kozelsk”), “Okhotsk” and “Whirlwind”.