Indian Express: Russia would like to establish a military base in the Indian Ocean 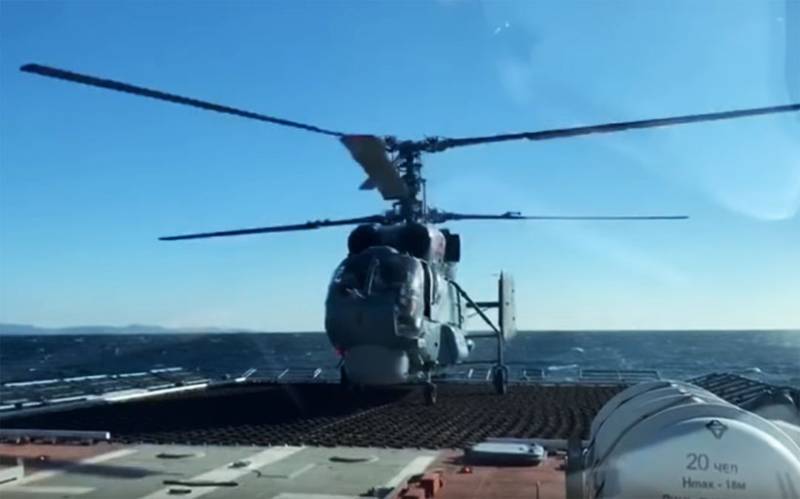 The Indian media decided to discuss the military presence of Russia in various regions in the world. One of the main topics for discussion is Russia's activity in South Asia and in Africa.


In the Indian edition of The Indian Express, an article was published by the chief editor of the publication on foreign policy, director of the Institute of South Asian Studies of the National University of Singapore, Raja Mohan. In his article, Mohan writes that Russia for several decades was not actually perceived as a geopolitical player in the macro-region of the Indian Ocean. Now, as the author of the material notes, Russian warships call at the ports of Sri Lanka, strategic bombers of the Russian aerospace forces land at the airfields of the Republic of South Africa, and the Russian armed forces conduct joint exercises for the first time with the Chinese and South African military at Cape Good Hope.

Russia joins a big battle in the Indian Ocean region. And recent events show Moscow's growing interest in this region. By and large, Russia is demonstrating its return to the Indian Ocean. And this should be considered as part of the RF strategy in Africa and the Middle East.
The author writes that at one time the Soviet Union showed activity in the region, but after its collapse, "the trajectory of Moscow in this direction was disrupted."

Raj Mohan writes that Russia is the largest continental power, which still has problems with access to the sea. This, according to Mohan, makes Russia vulnerable in some ways to geopolitical opponents.

The non-freezing Arctic will provide Russia with new opportunities, but most of them are for the long term. Russia is also limited by its modest economic resources. China, Japan, Europe and the United States carry much more economic weight in the region. The Indian Ocean, of course, is not one of Moscow's priority maritime priorities. But Vladimir Putin has already demonstrated will and insight. He understands that Russia will not be able to dominate in the Indian Ocean, but at the same time he is able to influence strategic processes here. An example of such influence (in another region) is Syria. Now, Mozambique and other countries of the region on the territory of the African continent are showing interest in helping Russia.
The author notes that Russia would like to establish a naval base in the Indian Ocean. The author does not express assumptions about exactly where Russia "could create a military base".

According to Mohan, Russia shows growing authority, as it declares the principle of non-interference of foreign states in the internal affairs of other countries. It is added that Russian companies offer favorable terms as part of energy projects.

At the end of the article, the author summarizes, noting that intensive dialogue with Moscow is extremely important for New Delhi, including for building cooperation along the Indian Ocean-China Region line, given that India considers China one of its main geopolitical rivals.