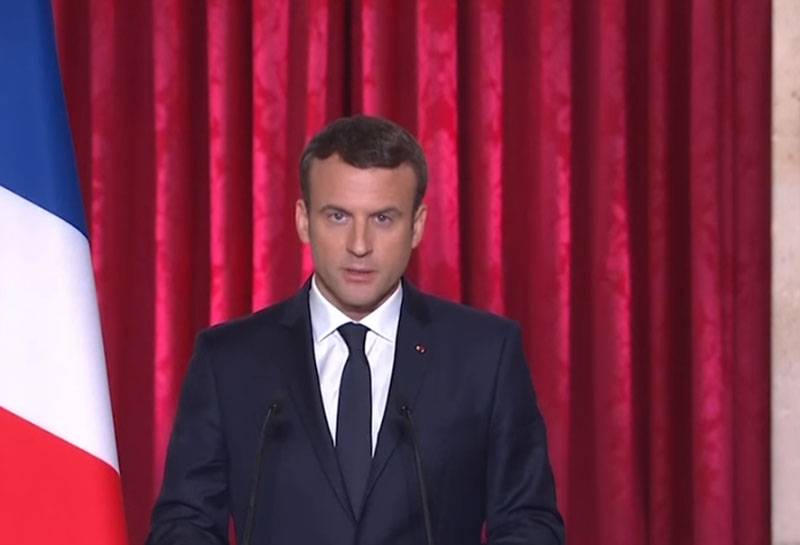 The European press learned that French President Emmanuel Macron sent a letter to Vladimir Putin. The letter refers to the initiative of the Russian president regarding a moratorium on the deployment of medium- and shorter-range missiles in Europe.


A letter from Emmanuel Macron was a response to the message of the Russian leader, in which he earlier addressed the heads of European and Asian states. Vladimir Putin noted that after the US withdraws from the INF Treaty, it would be important to focus on maintaining the security picture that the treaty has supported since the end of the 1980's. This picture could emerge if we together refused to deploy missiles and missile systems, which were forbidden by the treaty concluded between the USSR and the USA.

Emmanuel Macron confirmed the receipt of the letter and in his reply, as the European press writes, noted that the proposal of Vladimir Putin is worthy of attention.

It is noteworthy that the very response from Macron to the Russian president caused irritation in NATO. The fact is that the alliance also earlier confirmed the receipt of the letter from the Kremlin, but, in fact, the idea of ​​Vladimir Putin was ignored, marking it as "not trustworthy."

In fact, NATO confirmed that they are ready to deploy American medium and shorter range missiles on its territory. The statement by the French president that Putin’s proposal is worth considering once again demonstrated the virtual absence of a unified position in the Western military bloc. Recall that earlier Macron himself announced the "death of NATO's brain" and that the US has lost interest in interacting with its European partners.
Military Reviewin Yandex News
Military Reviewin Yandex Zen
71 comment
Ad