The situation around the testing of the Turkish C-400 radar is becoming more detailed. The shadow role of F-16C and F-35A 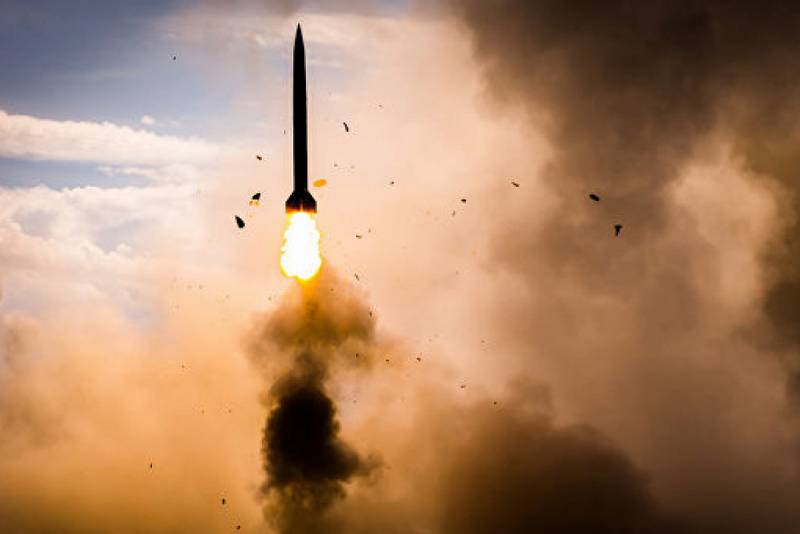 Once again, information is confirmed that the implementation of a contract between Rosoboronexport and the Turkish defense department for the supply of four C-400 anti-aircraft missile divisions by the Turkish Air Force may entail a number of negative consequences for the combat stability of the Navy and anti-aircraft missile regiments -Rocket troops of the Russian Aerospace Forces, which have both the Triumph air defense system and the earlier complexes of the C-300PS and PM1 / PM2 families. As for the compelling justification for such a disappointing conclusion, they began to appear in the "arsenal" of patriotic observers of domestic military analytical portals and expert circles over the past two weeks of November 2019.

What is the risk of running the Turkish Triumphs on the Falcons and Lightnings II? The Pentagon in search of the Achilles heel C-400

It was during this period that the head of the Turkish defense department, Hulusi Akar, announced the launch of a network-centric linking program (establishing a single secure channel for exchanging information about tactical air conditions) between the recently purchased “four hundred” and multi-functional fighter 5-generation F-35A, and the governor of the capital, silt Ankara Vasip Sahin announced the start of field tests of radar facilities of one of the S-400 divisions using Turkish F-16C Block 50 + and F-4E as targets of the conditional counter ka.

After all, it is well known that, for example, the angular scanning sector of the 96L6Е high-altitude detector is from -3 to + 60 °. It is the 3-degree lowering of the scanning beam in combination with the noise-resistant passive headlight of a centimeter C-band, an advanced high-performance radar information processing device and the universal 40В6М / МD tower that allows the 96Л6 BBO to process such complex low-altitude airborne objects against the background of natural interference. A similar picture is fully valid not only with respect to all-height detectors (BBO) 96X6Е, but also to more highly specialized and high-energy illuminating and pointing radars 92Н6Е, the antenna posts of which are also adapted for placing on the towers 40В6МД that have 10000 times more than the “Patriot” multi-functional radars of the AN / MPQ-2 / 53 family.

The only parameter of the 92H6E radar that Turkish and American experts could attempt to determine during the tests of C-400 air defense radar systems using the F-16C Block 50 + is the stability of tracking the target of a conditional enemy without losing “capture” during the implementation of the Falcon’s energy maneuver »With the simultaneous shooting of dipole reflectors and the use of suspended container complexes of radio resistance AN / ALQ-211 (V) 9 AIDEWS. Nevertheless, in this case, any positive surprises for specialists from the Pentagon and the US Air Force Research Laboratory were unlikely to be, because the AN / ALQ-211 (V) 9 electronic warfare complex could not be included in the list of promising funds electronic countermeasures in view of equipping obsolete emitters based on slit antenna arrays, unable to form a high-energy directional "interference beam" capable of pinpoint suppressing modern radar illumination and guidance based on PFAR.

Another thing is the use as targets of a conditional adversary of two multifunctional 5-generation fighters F-35A, which were transferred to combat units of the Air Force of the Republic of Turkey in the summer of 2018, shortly before the active phase of the outbreak of the US-Turkish military-political crisis with delivery of Ankara S-400 air defense systems.

Despite the extremely aggressive accusatory rhetoric from the White House and the US defense department related to the upcoming attempt of specialists from the Turkish ASELSAN corporation to assess the possibility of combining the C-400 Triumph and F-35A into a single network-centric air defense missile defense network, the implementation of such a program will provide the Air Force commands and the US Navy, as well as the headquarters of the Lockheed Martin military-industrial corporation, find a comprehensive range of information about the capabilities of the 64Н6Е2 radar detector with a two-sided VFAR, I 96L6E 92N6E and guidance radar. Indeed, in reality it is not so much about combining the information field of the combat control point 55K6E of the C-400 complex with the weapon control system of the F-35A fighter, but rather about the implementation of the US-Turkish program for the so-called assessment of the potential impact of the S-400 air defense system on “Lightning II”, recently announced by the press secretary of the President of Turkey, Ibrahim Kalin. What features are you talking about?

First of all, American and Turkish experts will be able to test the ability of the 64Н6Е2 radar detector to fend off interference from the advanced AN / ASQ-239 Barracuda electronic warfare systems integrated into the fuselages and avionics of F-35 family fighters. This task is quite feasible due to the coincidence of the frequency ranges of the 64Н6Е2 radar and the Barracuda electronic warfare complex (decimeter / centimeter S-band with a frequency range from 2 to 4 GHz).

Secondly, a detailed assessment can be made of the ability of the 92Н6Е illumination radar to withstand the “interference rays” of the AN / APG-81 onboard F / 35A fighter aircraft. As you know, the electronic "filling" of the AN / APG-81 radars boasts the presence of tunable RFTF filters that power certain groups of gallium nitride transmitting and transmitting modules, so the latter have the hardware-software capability to work in electronic warfare mode. The narrow and powerful “jamming beam” of these airborne radars, comparable to the rays of the promising container systems EW AN / ALQ-249 NGJ-MB Increment 1, is capable of creating much more significant problems for the 92X6E illumination and guidance radars than the less intense wide-angle radiation of obsolete radio response stations of the family AN / ALQ-211.

It is logical to assume that the information obtained during these tests can be used to generate patterns with optimal frequency modes of counteracting not only modern 92Н6Е guidance radars, but also the early 30Н6Е family on-load tap-changers, which are the main components of the C-300ПС / ПМ1 anti-aircraft missile systems.