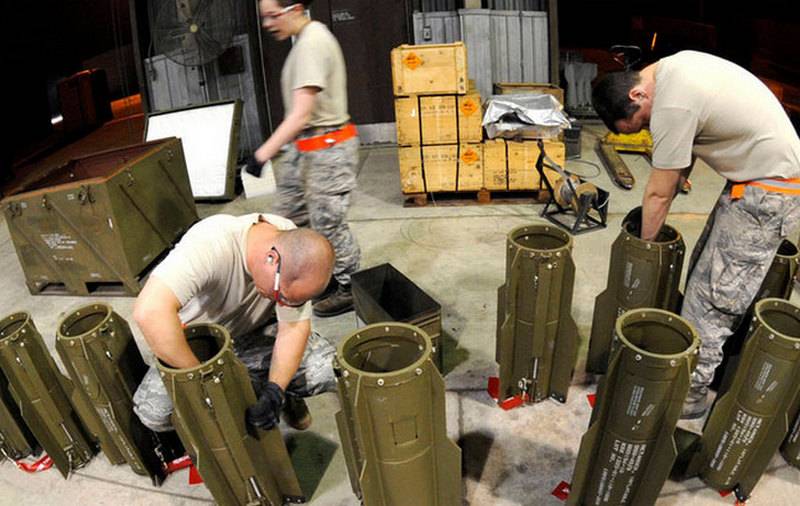 In the event of a hypothetical war with Russia, if Britain wants to win it, it needs to withdraw from the 2008 Cluster Munition Convention. This statement was made by the drafters of the report from the Royal United Services Institute for Defense and Security Studies (RUSI), which is the British defense analytical center, The Daily Telegraph writes.


The authors of the report argue that in the event of a military clash with Russia, the latter will have a significant advantage over the British armed forces, as "enemy artillery will be able to carry out their fire tasks with impunity." To prevent this, the UK has two options, the report says, to increase the cost of creating an expensive high-precision weapons or refuse obligations under the Convention prohibiting the use of cluster munitions.

The report indicates that the armed forces understand the importance of artillery and the resumption of the development of such weapons, but it is unclear whether the government shares this position.

In turn, the Russian embassy in London said that Britain was constantly intimidating the population with the hypothetical threat of a Russian attack, seeking to increase military spending.

Note that the Convention on the Ban of Cluster Munitions was adopted in 2008, it was signed by 103 states. They pledged not to use cluster munitions, not to develop them, not to acquire and not to transfer to others. Existing stocks must be destroyed. The largest manufacturers of this type of ammunition - Russia, the USA, China, India, Brazil, Pakistan and Israel - did not sign the document.
Military Reviewin Yandex News
Military Reviewin Yandex Zen
73 comments
Ad