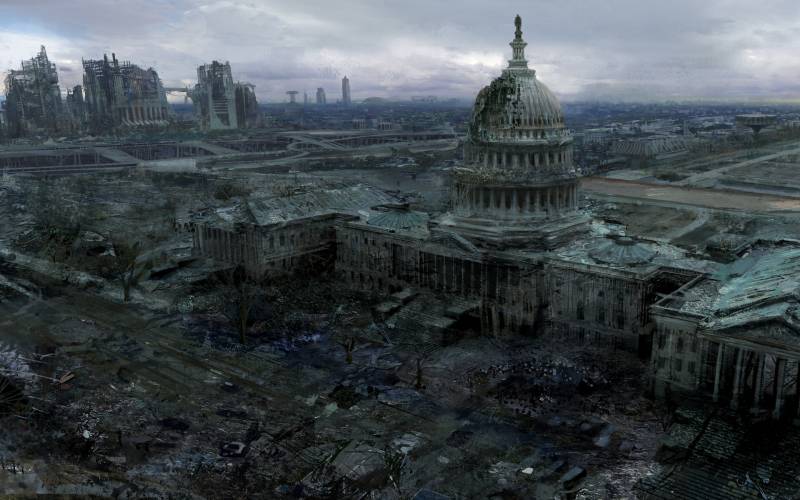 You can call it semi-science fiction, but it’s exactly what is “semi”. Moreover, in our science fiction there is something that gives us the opportunity to think that everything may well happen.


But nevertheless, this is nothing more than a futuristic forecast like this, based, however, on real calculations of very smart people. That is just science fiction.

Now military conflicts are under the pretext of religions, contesting territories and political views. Although we know that resources and geopolitical superiority are behind everything, oil has long been synonymous with currency.

They say: "Enough for our century." But no. Will not be enough. And when it’s not enough, the last war will begin. And it will be without nuclear and chemical weapons, and therefore especially cruel and cynical, to destroy a person, but without special effects such as a nuclear winter. No competitors will be needed on the territory suitable for living, but the territory - yes.

Well, here we agree with something. In our opinion, the war will really be without the use of nuclear, chemical and other "dirty" types of weapons. Because it will be conducted not even for resources. More precisely, for slightly different resources. 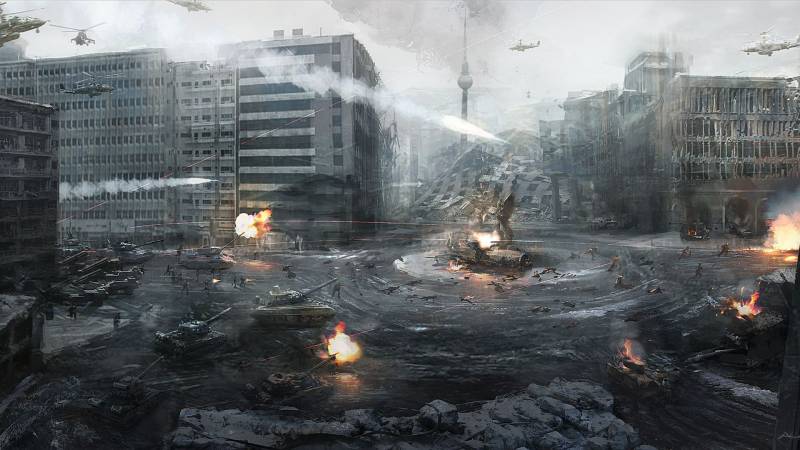 From our point of view, the war will go beyond the territories on which the further living of the human population will be possible. On the one hand, it is also a kind of resource, on the other hand, not quite.

Therefore, the war will not be exactly the same as we imagine. Do you know why? Because there will be no sense in taming each other with nuclear missiles. Nobody will go to heaven, everyone will simply die, contrary to Vladimir Vladimirovich’s forecasts (albeit humorous).

But the start is not with tactics and strategy, but with a different definition.

Geoecology is a term from which a modern person's face is crooked, saying that you are poking at me with these problems, you have enough of your smut.

However, these problems have drawn attention relatively recently by the standards of the world. In the 1972 year, the UN meeting approved the concept of "environmental monitoring" and the need to monitor the state of the environmental situation.

At present, the environmental situation looks doubtful, even despite the passing period of generalized industrialization and industrial growth. However, the amount of resource extraction increases, as their processing increases, which entails an increase in heavy emissions.

We are preparing separate material on heavy emissions, because, firstly, this is a new business for Russia, and secondly, heavy emissions are no less effective than gamma radiation in terms of utility to the human body.

So here. Why will this war be the last for the world that we are seeing now? She may not be the third or even the fourth. But she will be the last ... and scary. Although what war, if it is a world war, is not terrible?

Let's look at the main areas of impact, the oceans, and more precisely, its level and temperature.

A little help. The oceans and their physical indicators - the main factor in climate change on the planet. 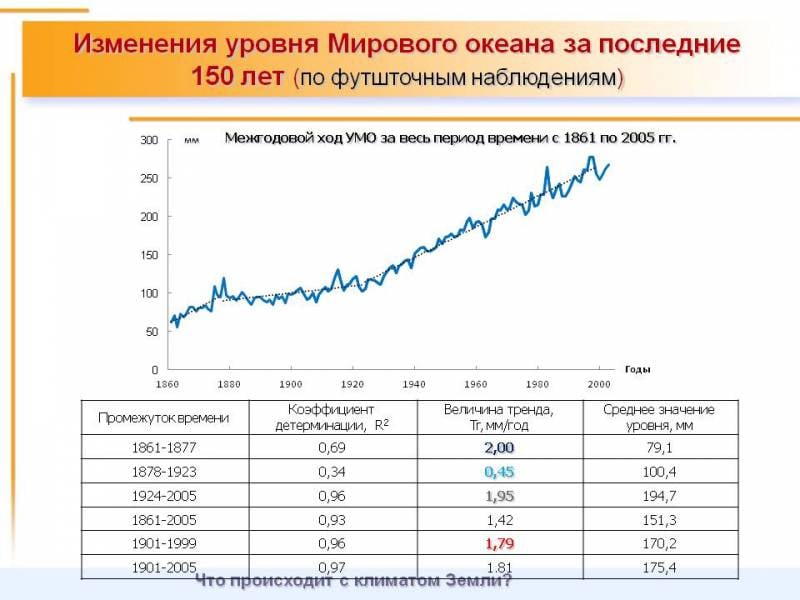 As we can see, the level of the world's oceans is rising. As you know, this happens due to the melting of glaciers at the poles (the so-called global warming). 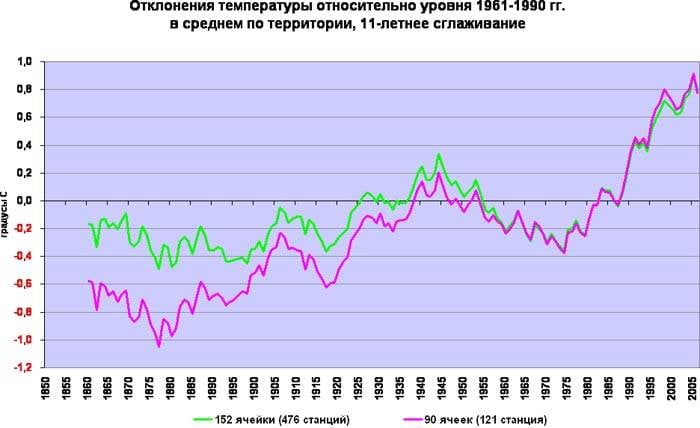 However, no one canceled the physical laws. Along with the water level, the need to increase the amount of energy needed to heat this water or lower the temperature of the energy source increases. Yes, this is not so much about the Sun as about the earth's crust, and more precisely, about the core that heats this crust.

Here in general it is necessary to make such a small digression. Likbez.

The fact that the glaciers are melting, and the level of the world's oceans is growing steadily, is half an orange. There is more water (yes, of course, hello Japan and the UK, the Netherlands ... hey, where is Holland?), And it is getting colder.

This is logical, all according to the laws of physics. The fact that this water must be heated is also logical. If nature does not, the most important component of weather formation in the world, evaporation, will be disrupted.

If the cooled water does not evaporate, then the formation of clouds and precipitation will stop. That is, somewhere in Central China there will be a drought, and Japan will be immersed in water.

Plus, cooled water will move worse with currents. There will be no convection of water masses (Europe, greetings from the Gulf Stream), respectively, again everything will start to freeze. 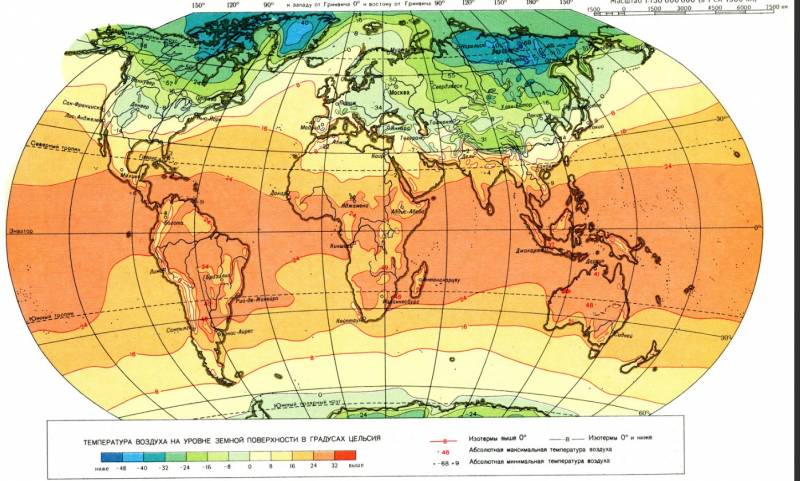 Signs of the same global warming concern not only the world vessel with water (it is no secret that the seas and oceans are one reservoir, right?), But also the earth's surface.

2018 year is recognized as one of the hottest. NASA recorded an increase in average surface temperature at 1 ° C. This happens for various reasons, primarily due to heating by solar energy. So, the shift of the angle of inclination of the “Earth axis” by 10 cm annually leads to a change in the trajectory of rotation in the system. And, as a rule, to a change in temperature conditions.

For a very long time you can talk about warming, the oceans, the atmosphere and the ecological situation. In general, the theory of temperature conditions and climate formation is very similar in its attempt to explain the theory of the formation of dark matter. 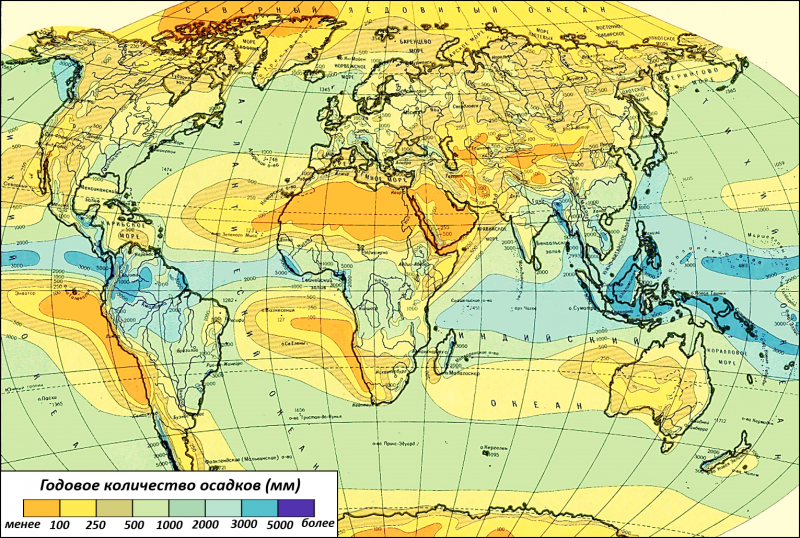 Changes in climatic zones will lead to the fact that a certain part of the planet will become unsuitable for living. And we ourselves will spoil a certain part so that it will be impossible to live there without a gas mask. Comrades from Chinese cities would definitely agree with us.

And the people who now live in such territories, what? .. That's right, they will be resettled. Yes, this is the long-forgotten word “migration”.

And here I want to recall right away that in the same China, the bulk of the inhabitants exist right on the coast. Because the central areas, to put it mildly, are not a cake. Either mountains or deserts. Not a very comfortable living environment, is it?

And here stands not just a ghost. Ghost. Mass migration, in comparison with which the recent exodus of refugees do not understand from whom to Europe from Africa will seem an innocent joke.

But it’s quite and easily.

That's just a catastrophe - it is a catastrophe, and the further you go, the more this civilization will simply dissolve. In surging problems.

When the territories of some states suitable for living have reached a critical mass in terms of population, they (both peoples and states) will look with hunger and evil eyes at neighboring ones with a larger territory or less population.

We recall that all this happens in conditions of a limited amount of resources, since these resources are either already depleted or are located on the territory unsuitable for production.

In a state of economic crisis and environmental disaster, that very last war will begin.

And where, excuse me, to go? 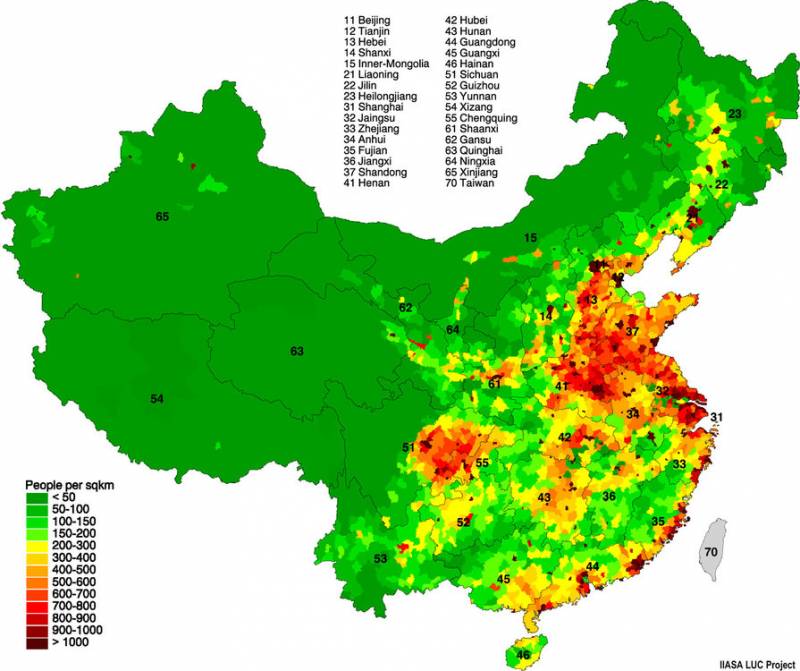 Let's take the mass movement as an example ... no, not the Chinese. Here are the inhabitants of China brought up by the Communist Party, who also still know how to work - this is not the worst thing in migration. And if you take, for example, the Indians? A billion (well, less, not everyone will run, of course) who decided to migrate ... But what if the pluses are those who are nearby and whose coastline is populated? China, Vietnam, Myanmar, Thailand? Two Koreas?

Almost three billion people ... This is without taking into account Japan, which is definitely a khan.

Africa and our part of Eurasia will be easier, the altitude is quite decent. But the rest ... It will not seem enough.

Who will decide the fate of these people who just want to live? UN? Excuse me, who will listen to them, besides being on the other side of the world, in North America? Europe? And there their problems will be higher than the roof.

Something tells us that no one will decide anything from the moment it becomes clear that everything, the Apocalypse has begun. And that will be fine.

As well as a normal scenario, according to which no one will ask anything from anyone, it will not be normal. Everyone will try to take it themselves, because you have to live somewhere.

And here yes, no nuclear strikes, because it will be necessary to live there, on the territory of the former neighbor, who at one moment became an adversary on the basis of the height above the level of the World Ocean.

By the way, the fact that it will quickly spread around the world - do not go to a fortuneteller here, in the Second (and the First) in the same South America, despite the remoteness from all theaters of military operations, such showdowns were going on ...

Yes, when solving such a complex of problems (how to squeeze out a suitable territory, without spoiling it with military products), everyone who wants to move will have to break their heads very badly.

It’s good that the military’s heads are breaking very badly. They will probably come up with how. 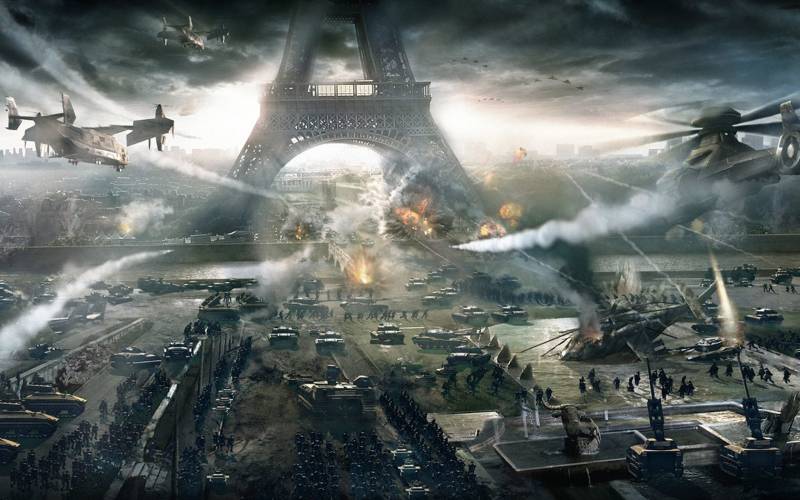 Another question is that here the attacker is bound hand and foot by the impossibility of using all the most thorough of his arsenal. For the reasons mentioned above. You have to live there, and not play "Stalker" on the radioactive ashes.

But on the other side, where the feet of the migrating columns will be directed, something quite sort of ... preventive can fly to itself.

Moreover, this will not necessarily be wild and barbaric Russia, no. On the contrary, even taking into account that they will rush to us in the first place (we recall the eternal dissatisfaction of the West with the fact that we have too much territory and too few people), just such a line of behavior will be more characteristic of European countries. That will survive the flood.

Everyone perfectly sees what Germany has turned into today, and hardly anyone wants such a perspective. So in Europe we can see all the charms of a democratic world.

But most importantly, the division of the world, which will be “tomorrow” for everyone, will again be in the hands of several countries. But this time, they do not own mythical voting and veto rights, do not control cash flows and printing presses, but own more trivial, but no less valuable wealth: territories and human reserves.

That is, whoever has more truth is stronger.

Of course, only one reassures: we will not see this. But the fact that such a situation is quite probable does not even follow from our semi-fantastic thoughts, but from observing the weather and temperature of the oceans.

And as follows from the graphs, anything is possible. Accordingly, the option described by us is also possible.