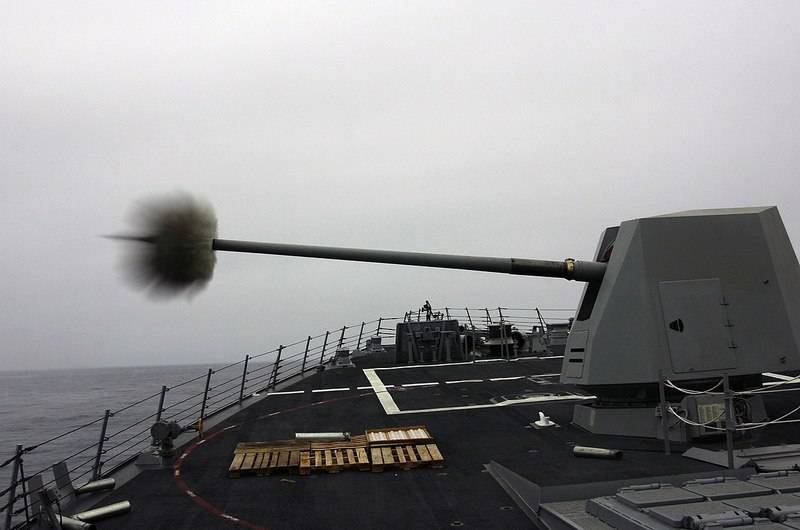 The Indian Navy will soon be able to adopt the American 45 Mod.4 naval guns of the 127-mm caliber. The US State Department intends to approve the possible sale of India to thirteen such guns with the appropriate equipment.


In addition to the guns themselves, India requested the sale of 3500 shells D349 and Mk 92 Mod 1. The total value of the contract, including tools, shells, spare parts, staff training, equipment training, etc. will cost the Indian military 1,021 billion dollars. The United States Defense Security Cooperation Agency (DSCA) notified the U.S. Congress of a possible sale on November 19 this year.

The US Department of State on this issue said that the sale of guns and technical support will not change the main military balance in the region.

It is assumed that the Mk 45 Mod 4 guns will be installed on the Indian frigates of the 17А project (Nilgirn type, seven units) and destroyers of the 15В project (Visakhapatnam type, four units) under construction. The delivery of the head frigate and the lead destroyer of these series is scheduled for 2021-2022 of the year.

The gun is intended for use against surface warships, as well as support for landing operations. The gun mount is equipped with an automatic loader capacity of 20 shells. Rate of Fire - 16 - 20 rounds per minute (maximum) and 10 rounds per minute with guided ammunition. The gun mount’s calculation includes six people: the gun commander, the remote control operator — the gunner, and four loaders, which are located below deck, ensuring continuous firing.

Earlier it was reported that the United States managed to bring the firing range of the MK 50 Mod.45 guns to 4 km with a new projectile, designated as Excalibur N5.