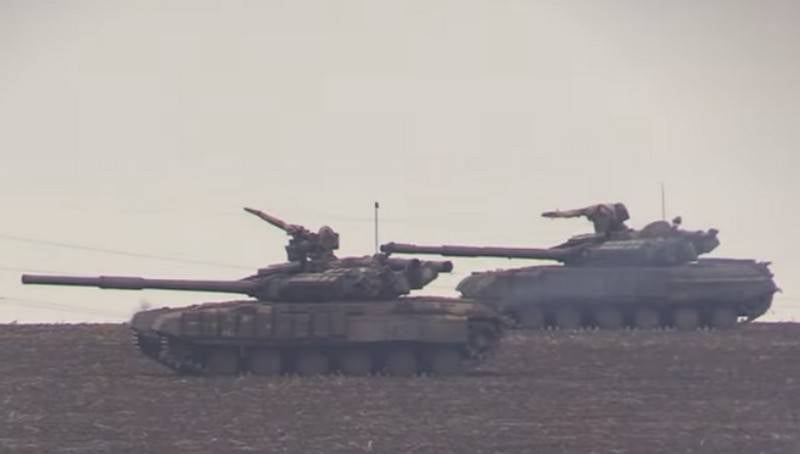 The next military exercises in the territory of Donbass in the area of ​​the demarcation line were conducted by the Armed Forces of Ukraine (AFU). This was reported by the AFU Ground Forces press service on its Facebook page.


According to a common message in the exercises were involved tank units of the reserve of the united forces of the Armed Forces. The main goal of the past maneuvers is "maintaining a high degree of readiness to respond to a possible breakthrough of the enemy." It is noted that the Ukrainian military conducted a training to "repel an enemy offensive."

The report said that the tasks of the past exercises were completed in full, the maneuvers were successful. The Ukrainian military, having fulfilled the tasks assigned to the OOS command (Combined Forces Operation - Former ATO), repelled the enemy’s offensive and liquidated the breakthrough.

Earlier, the head of the Ukrainian General Staff, Ruslan Khomchak, said that Russia's open aggression against Ukraine "is unlikely, but is considered as an extreme option in the long term." At the same time, according to the deputy head of the Ukrainian General Staff, Alexei Taran, Russia is allegedly preparing for a large-scale military aggression against Ukraine along the entire border line.