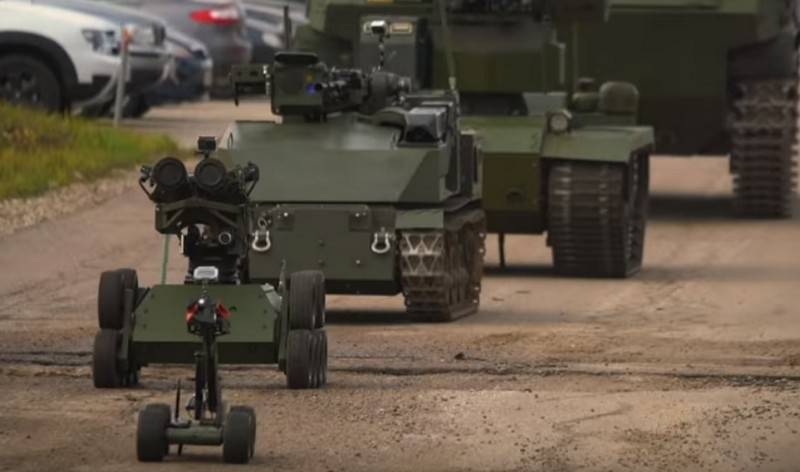 The promising robotic complex "Kungas" will begin to enter the troops for experimental military operation next year. This was in an interview with the Krasnaya Zvezda newspaper by Army Commander-in-Chief Oleg Salyukov, Commander-in-Chief of the Ground Forces.


According to the general, the Ground Forces completed state tests of a prototype of the promising Kungas robotic complex, and in 2020 it will begin to enter the troops for experimental military operation.

This year, state tests of a prototype of a robotic complex (RTK), developed as part of the KUNGAS development work, were completed. In 2020, their experimental military operation will be carried out. As you can see, the work on creating a military-oriented RTK does not stand still, but continues
- he said.

Salyukov also said that in 2020, experimental design work began on the creation of the heavy-class Sturm and middle class Companion robot systems.