At the first "Varshavyanka" for the Pacific Fleet raised Andreevsky flag 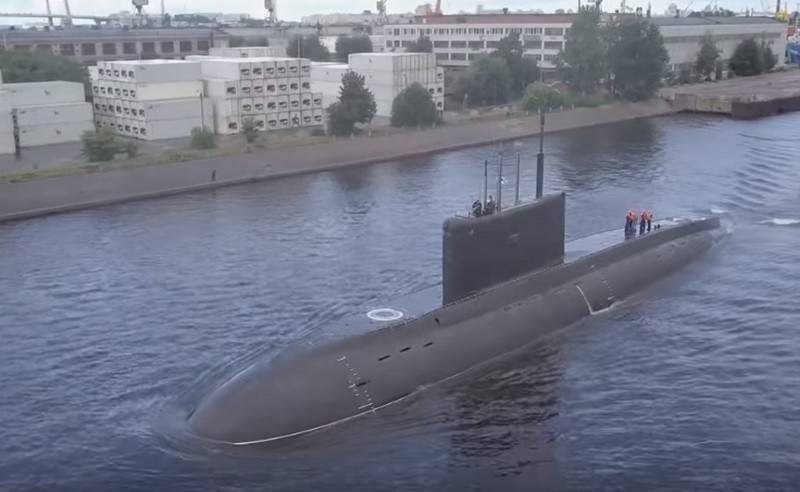 The first diesel-electric submarine of project 636.3 "Varshavyanka" for the Pacific fleet Admitted to the Russian Navy. The ceremonial ceremony of raising the flag of St. Andrew was held on November 25 at the Admiralty Shipyards.


DEPL "Petropavlovsk-Kamchatsky" officially became part of the Russian Navy. Deputy Admiral Andrei Volozhinsky, who was present at the ceremony of the chief of staff - the first deputy commander of the Russian Navy, said that the Varshavyanki for the Pacific Fleet were being built according to the modernized version, which was different from the built submarines of the same type for the Black Sea Fleet. What are the differences, he did not explain.

General Director of the Admiralty Shipyards Alexander Buzakov said that the acceptance certificate for the submarine was signed on November 21. "Petropavlovsk-Kamchatsky" will be part of the 19-th brigade of the Primorsky flotilla of diverse forces of the Pacific Fleet.

As previously reported in the Ministry of Defense, the submarine Petropavlovsk-Kamchatsky successfully completed state tests, confirming the characteristics laid down in it. The crew took a full course in the development of ship systems, units and weapon systems based on one of the leading training centers of the Navy.

The contract for the construction of a series of six “Varshavyanka” for the Pacific Fleet was signed by the Russian Defense Ministry and the Admiralty Shipyards in September 2016. DEPL "Petropavlovsk-Kamchatsky" is the seventh submarine of this type, built for the Russian Navy and the first in a series for the Pacific Fleet. It was laid down on 28 of July 2017 of the year, launched on 28 of March 2019 of the year. Belongs to the third generation of diesel-electric submarines.